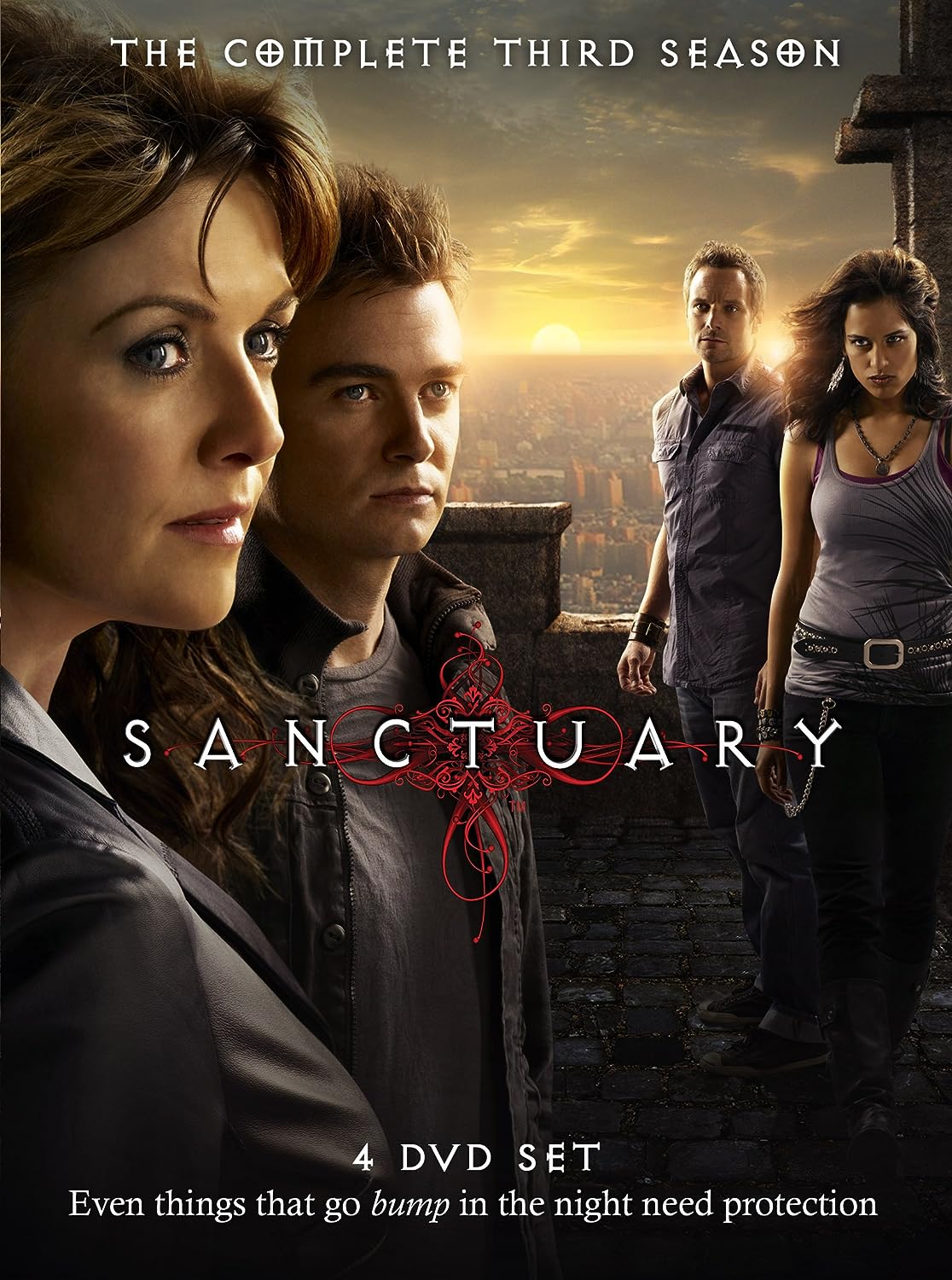 Season three sees Sanctuary taking a big step forward,and for the most part being very successful. instead of the previous two seasons 13 episode runs,this has 20 episodes,something which allows the writers to expand storylines and explore things further,bringing more depth to this seasons story arc. As always the acting from the entire cast is first rate .There is also plenty of Jonathan Young as Nikola Tesla,whos presence always lifts any episode he appears in,and guarantees some sharp dialogue.This series looks better as well,and steps out of,whenever possible,the confines of a cgi generated world,something which I always believed limited it far too much.Season three sees Sanctuary setting itself up as a major league player,and staking a claim as a show to be taken seriously,and it does it very well.Giving you more than it has before,while leaving you with the impression that there is much more to come,and the desire to find out what.The Sanctuary team deal with the aftermath of the gigantic tidal wave released by Big Bertha while Will’s life remains in balance but soon the errand comes to an end once Will leads one final plea to “Kali” A.K.A. Big Bertha in his near death experience to stop the destruction. Following Will’s return to life two abnormals appear to him to rekindle his memory and in doing so Will remembers an important message that Gregory sent for Helen to find an underground city with great technology and secrets.Later Nikola sends an SOS call and after his rescue continues to help Helen in discovering the secrets of the city which eventually leads them to a Hollow Earth atlas. Soon Adam Worth, a former acquaintance, tricks Helen and causes radiation poisoning (that should kill both Helen and Adam in a few weeks) so that she may show Adam the Hollow Earth. Upon Adam’s interference Helen, Will, Henry and Kate enter the city to save Gregory and find a cure for the poisoning but only to be executed immediately when caught while Adam imprisons John, leaving Tesla and Big-Guy alone in the mysteries. Magnus is then revived by Ranna for answering and Magnus finds out that she needs her to help an abnormal from the events of ‘KALI’, thereby Magnus and the gang is revived and she given the cure and is reunited with her father, together Gregory and Helen save the abnormal and reach the surface back again while John kills Adam. The show returned to its original format, featuring a new short story for every episode until Tesla and Magnus discover a Praxian Stronghold. This is revealed to have been taken by Vampires and as such was a Vampire Stronghold where a whole army of Vampires and their queen were buried to be awakened someday. Magnus views this as a threat and destroys the stronghold, but not before restoring Tesla to a Vampire again. 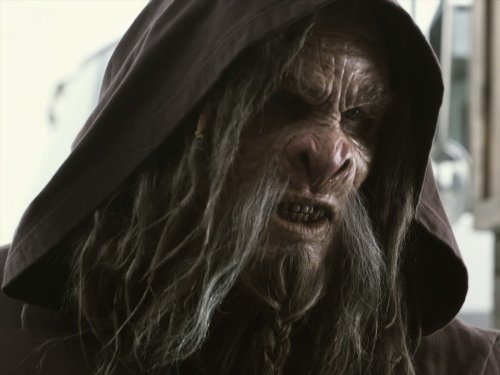 Season 3 has lots of fun and lots of action, with a extended season it helps to do greater story-arcs. a must watch for fans of good sci-fi. 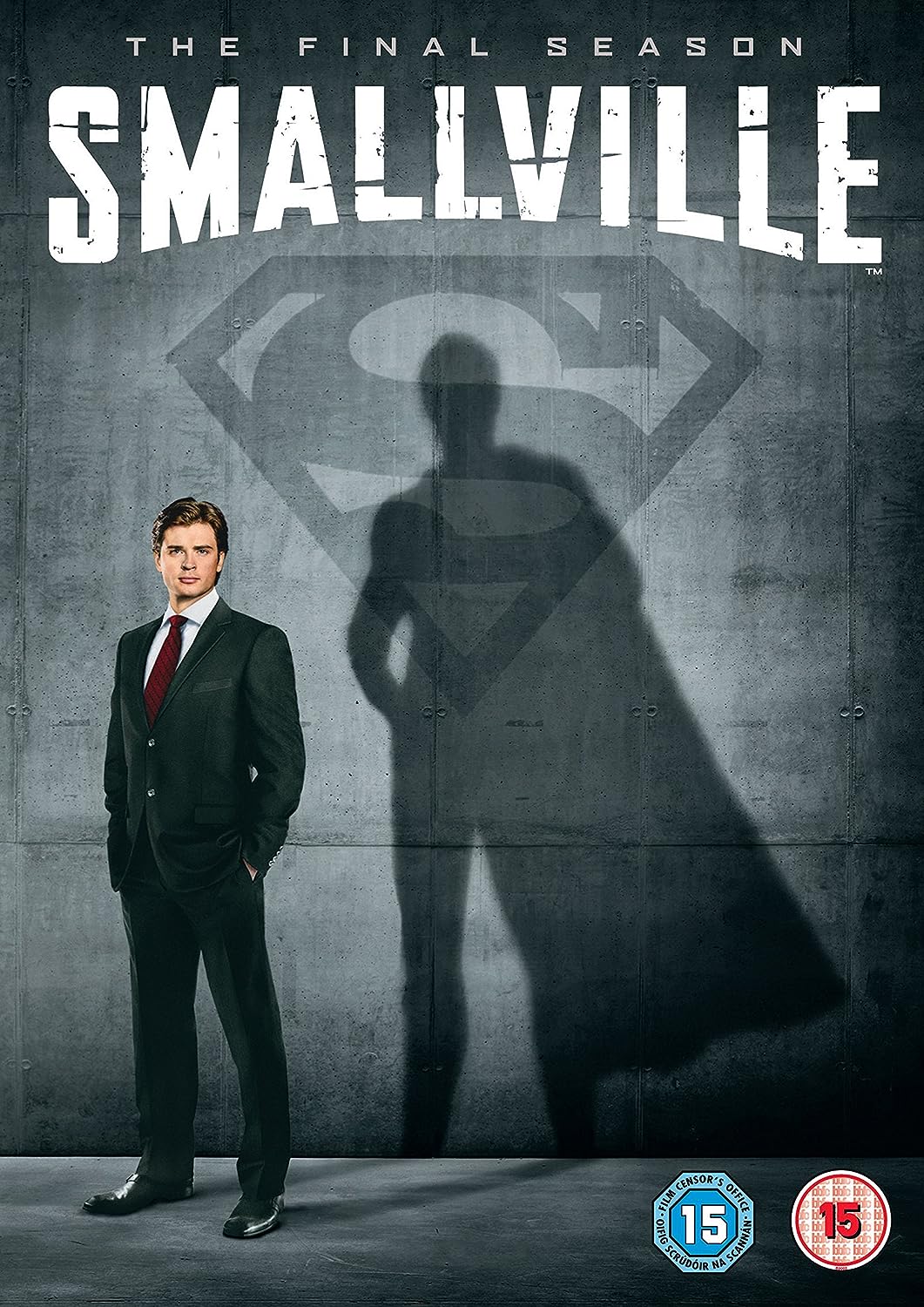 Smallville Season 10 is the culmination of a 10 year journey which set out to follow the life of a young Clark Kent as he accepts his destiny and becomes Superman. So did Smallville go out with a bang or a whimper? 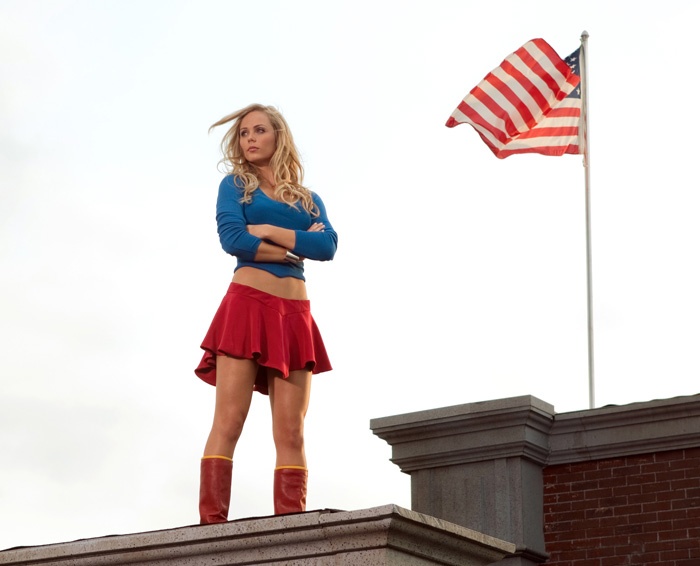 I for one love the final season of Smallville….whenever you are trying to finish off a story it can be difficult especially with a character as iconic as Superman and with the weight of 10 years of expectation but amazingly it manages to produce an end that is befitting of a superman. This season really is all about how Clark Kent finally becomes Superman and almost every episodes deals with this acceptance of destiny. The season kicks of where season 9 ended with Clark Kent falling to his apparent death….this episode kicks off the season on the right note, with nods to the past seasons as well as hints for what the future holds. This season has so many memobrable episodes such as Homecoming, the 200th episode that is one of the best episodes have ever produced, other highlights include: Supergirl, Harvest, Abandoned, Luther, Icarus, Fortune (one of the funniset Smallville episodes ever!), Kent and Booster. You can see just by the number of episodes listed just how good the final season was. 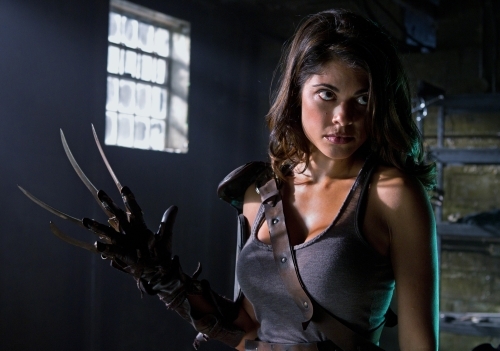 However, what could make of break this season was the two part Finale in which we fianlly see Clark Kent embrace his destiny. I believe that this episode is one of the best finales ever produced, it is important to remember that Smallville is more about Clark Kent then Superman and as such this character takes the focus for the majority of the episode and it benifits for it. These episodes also include the return of Lex Luthor and I think that the scenes between him and Clark are perfect. Also, when Clark finally puts on the suit we get to see more Superman action then I’m sure anyone was expected. And the final scene is a perfect way to finish the story. 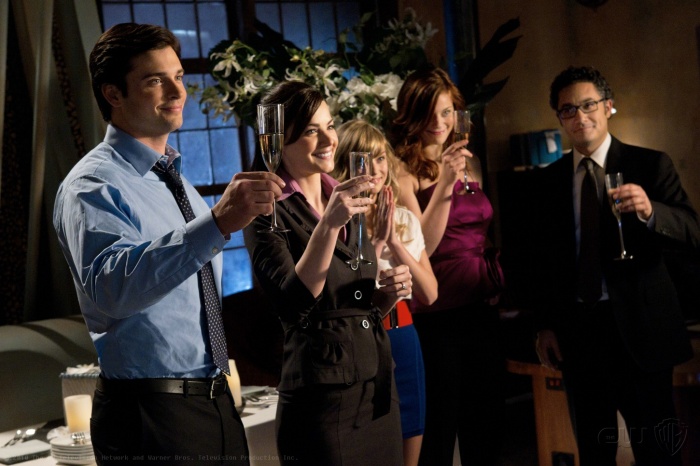 Tom Welling has played Clark Kent for 10 years and every season we have seen him grow as and actor and a director and I think that he has managed to bring new life into this character and took him in a truely unique direction. Although, this show wouldn’t be what it is/was if it wasn’t for the rest of the supporting cast especially Erica Durance who in my mind is the best Lois Lane that the screen has seen and thanks to her acting she has become just as much of the Smallville story as Clark Kent himself.Thank you Smallville for 10 great years and for breathing new life into a an inconic character…you will be missed! 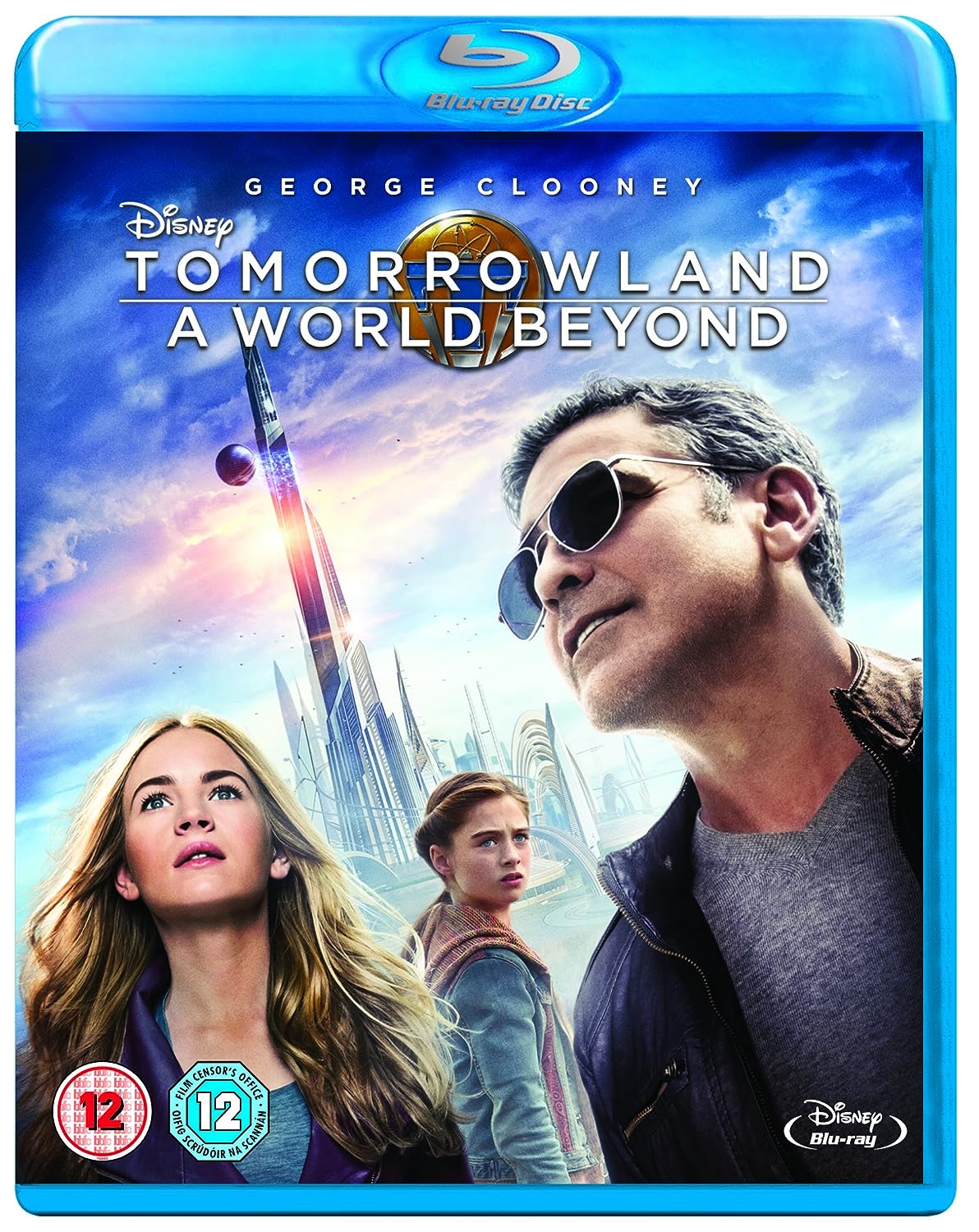 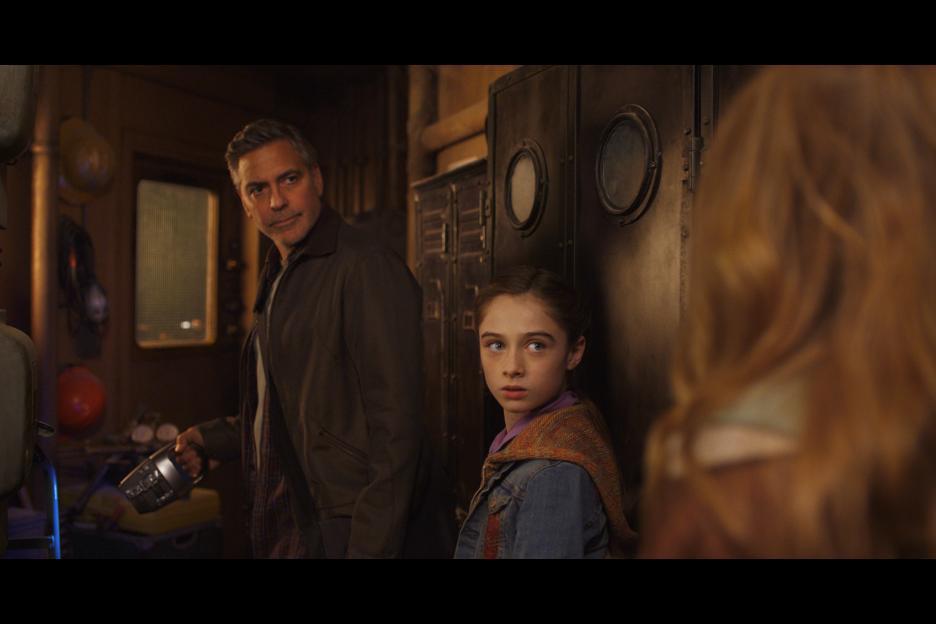 An adult Frank Walker and Casey Newton relate to the audience their experiences, beginning with Frank’s visit to the 1964 New York World’s Fair as a child. In the flashback, he meets David Nix, an official who is unimpressed with Frank’s prototype jet pack. Frank does draw the attention of a young girl named Athena. Seeing his potential, Athena gives Frank a pin embossed with a “T” symbol and tells him to follow her aboard the fair’s “It’s a Small World” attraction. Frank sneaks onto the ride, where his pin is scanned and he is transported into a futuristic cityscape known as Tomorrowland. He falls from a ledge, but straps on his jet pack in mid air and lands safely before Nix and Athena. 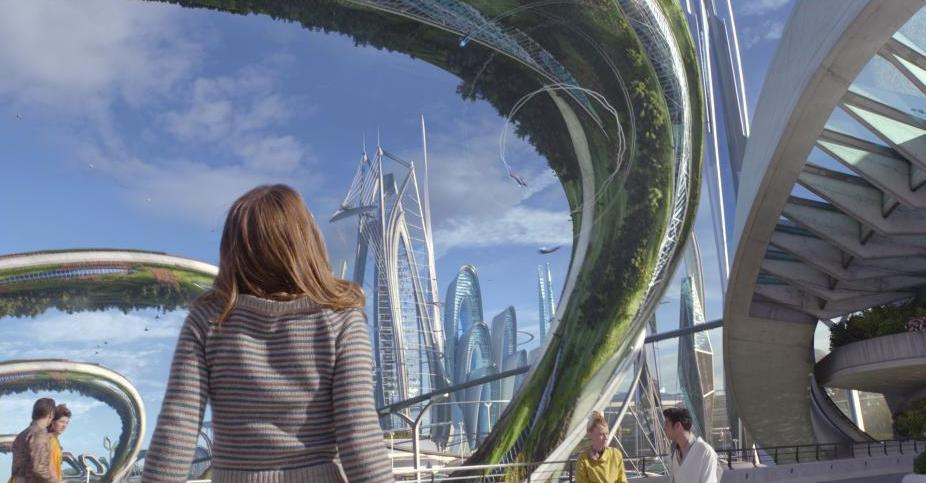 The narration then shifts to the present, where Casey Newton sneaks into a decommissioned NASA launch pad in Cape Canaveral, where her father Eddie is an engineer. She sabotages the machines that are dismantling the launch pad and returns home, where Athena, who hasn’t aged a day since 1964, sneaks another pin that is programmed to Casey’s DNA into Casey’s motorcycle helmet. The next night, Casey attempts to break into the NASA compound again, but is arrested. At the police station, she sees the pin among her personal items, and discovers that upon contact, the pin instantly shows her a view of Tomorrowland that only she can see. She briefly explores the vision until the pin’s battery runs out. 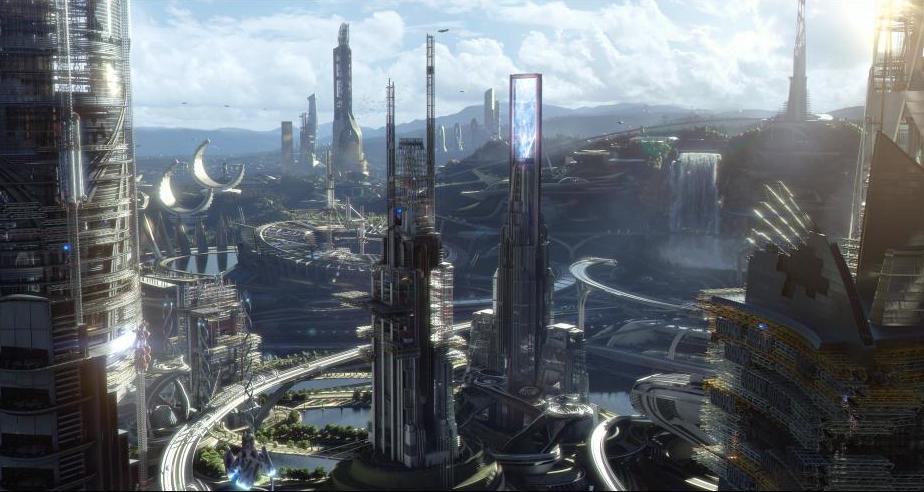 Assisted by her brother Nate, Casey finds a Houston memorabilia store related to the pin. Upon meeting the two owners, Hugo (named for early science fiction publisher Hugo Gernsback) and Ursula, Casey is questioned about it, and when she says she knows nothing else about it, they attack her. Athena bursts in and fights Hugo and Ursula, who are both revealed to be robots. The two girls escape as the robots self-destruct, destroying the store. After stealing a car, Athena reveals that she is an Audio-Animatronic robot, and the one who gave Casey the pin, revealing that she needs her help to save the world. Athena drives Casey to Frank’s home in Pittsfield, New York and leaves her there. 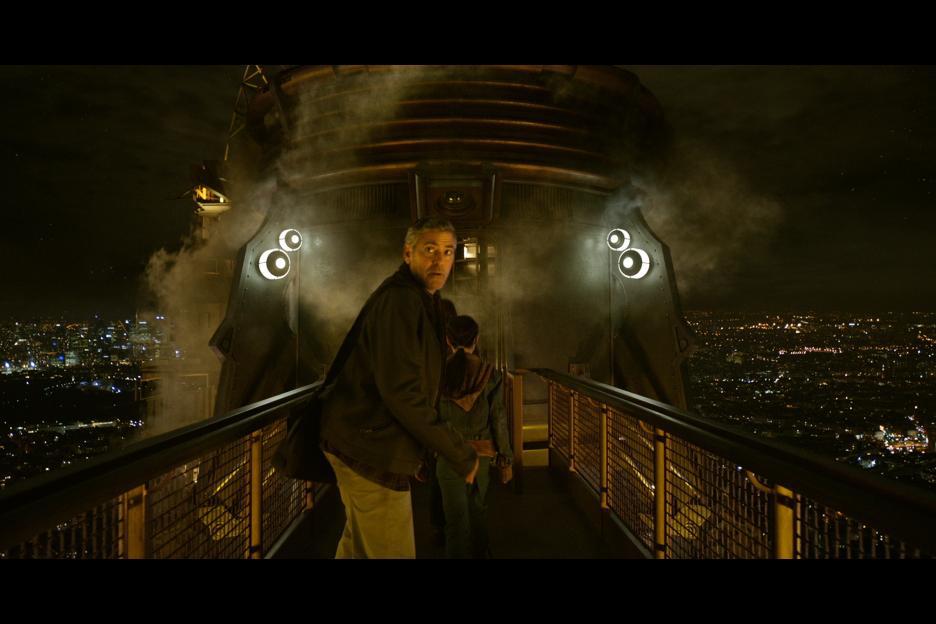 The reclusive Frank declines Casey’s request for an audience, but she manages to lure him out of the house and sneak in, locking him out. Frank re-enters through a secret tunnel and tells her angrily that he was thrown out of Tomorrowland and cannot go back. He also asks if she would like to know the exact moment of her death. Casey ponders whether accepting the truth about her time of death would actually be the cause of it, and while she admits that she would like him to tell her, says that she probably would not believe him, preferring to make her own destiny. When she says this, a monitor showing the probability of the end of the world changes its reading from 100% to 99.9994%, which startles Frank. Robot agents appear at Frank’s house ordering him to turn over Casey or be killed.

After evading the robots and reuniting with Athena, the trio uses a teleportation machine that Frank invented, and transport themselves to the Eiffel Tower in Paris. They enter a room with mannequins of Gustave Eiffel, Jules Verne, Nikola Tesla, and Thomas Edison. Frank explains that the four men were the founders of Plus Ultra, a group of inventors dedicated to finding other dreamers and inventors who shared the hope of shaping a better future, which eventually led them to discover a new dimension where Tomorrowland was founded. The trio enter a rocket hidden underneath the tower, which launches into outer space and travels to another dimension, arriving at a now-desolate Tomorrowland. Nix appears to greet them, and takes them to a building linked to a tachyon machine designed by Frank that can show images from the past and future, from which Casey learns that a worldwide catastrophe will happen in the near future. Because of this discovery, Frank lost all hope and was banished from Tomorrowland. Casey does not accept that the world is destined to end, and the future slightly changes as a result, a fact that Frank glimpses, but which Nix ignores before ordering them arrested. 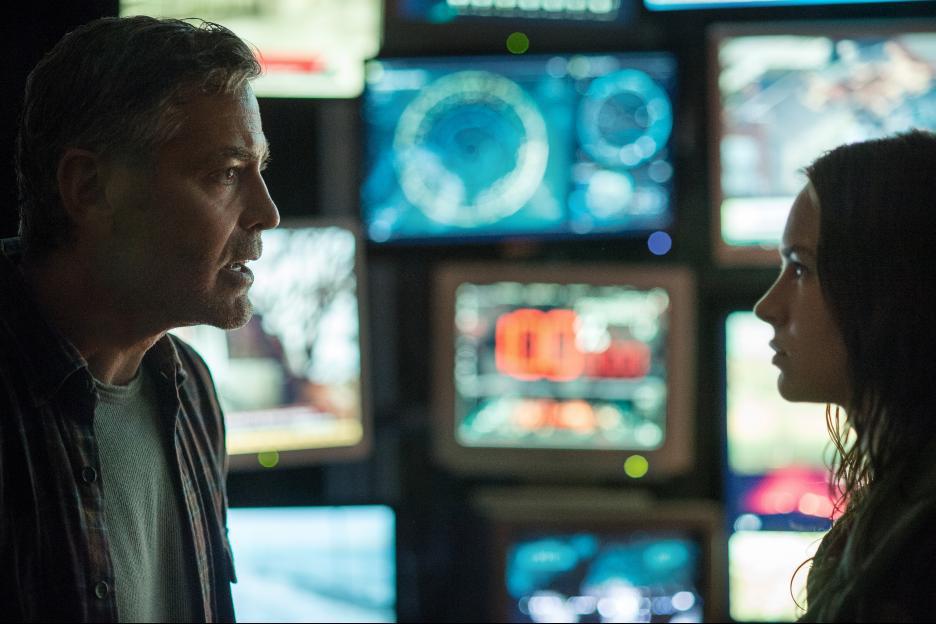 As they await being sent back to Earth, Casey realizes that when the tachyon machine tells the public that the world is coming to an end, it causes the people to accept the apocalypse. This in turn makes the end of the world all the more possible, creating a self-fulfilling prophecy. Destroying the device could avert the apocalypse. Nix opens a portal to an uninhabited, uncharted island, attempting to exile them to live out the last days of the world there, but Frank refuses, seeing that Nix has simply given up on Earth and intends to allow the apocalypse to happen. A fight ensues and Frank tries to use a bomb to blow up the machine. Mistakenly, the bomb goes off outside the portal and the explosion pins Nix’s leg under debris. Nix retrieves a plasma gun and aims at Frank. Athena, who was able to see it happening beforehand due to the tachyon images, jumps in front of him and is damaged beyond repair, which activates her self-destruct sequence. In her last moments of consciousness, Athena instructs Frank to take her to the machine and reveals that she loved him. Her self-destruction bomb destroys the machine, which kills Nix as well. 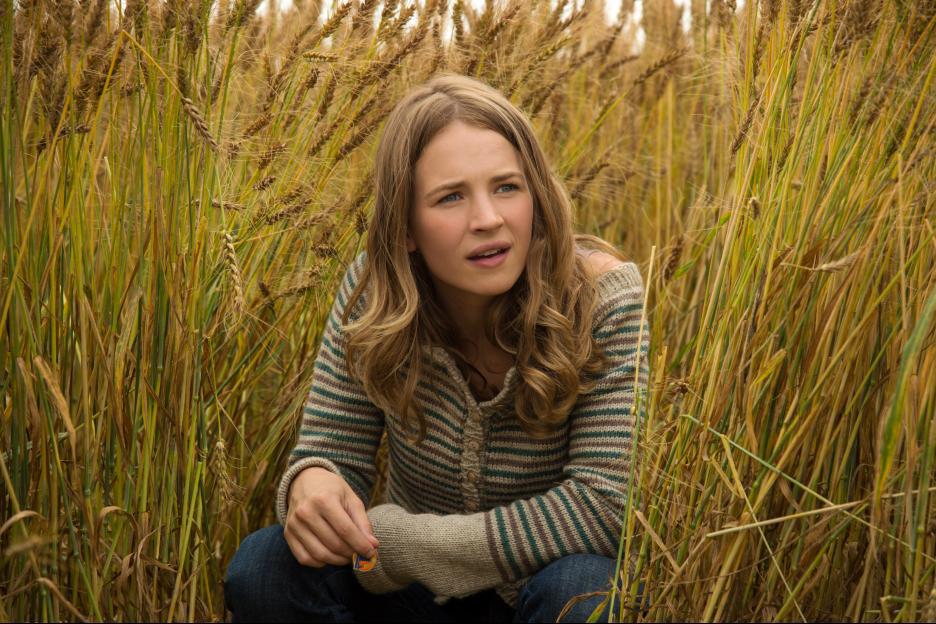 Back in the present, Frank and Casey’s audience are revealed to be androids like Athena, who are entrusted with new pins and instructed to bring other “dreamers” to Tomorrowland. 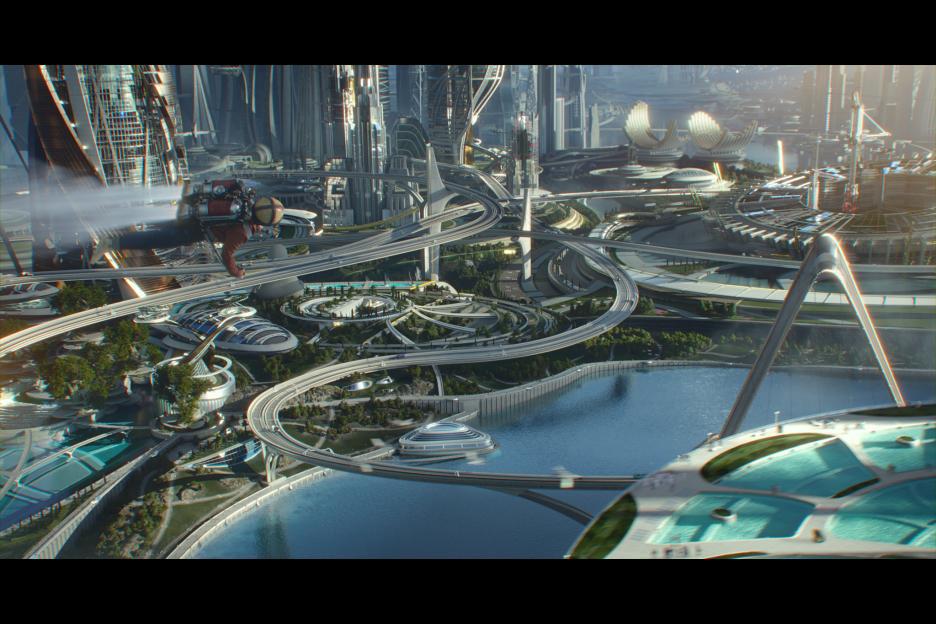 This is a great, ambitious, original sci-fi blockbuster from Brad Bird, with a strong vision. It’s a throw back to when the summer blockbuster wasn’t just a glorified advert. A time when summer blockbusters took ordinary people on extraordinary adventures. Adventures to other dimensions, other places and other ‘lands’.