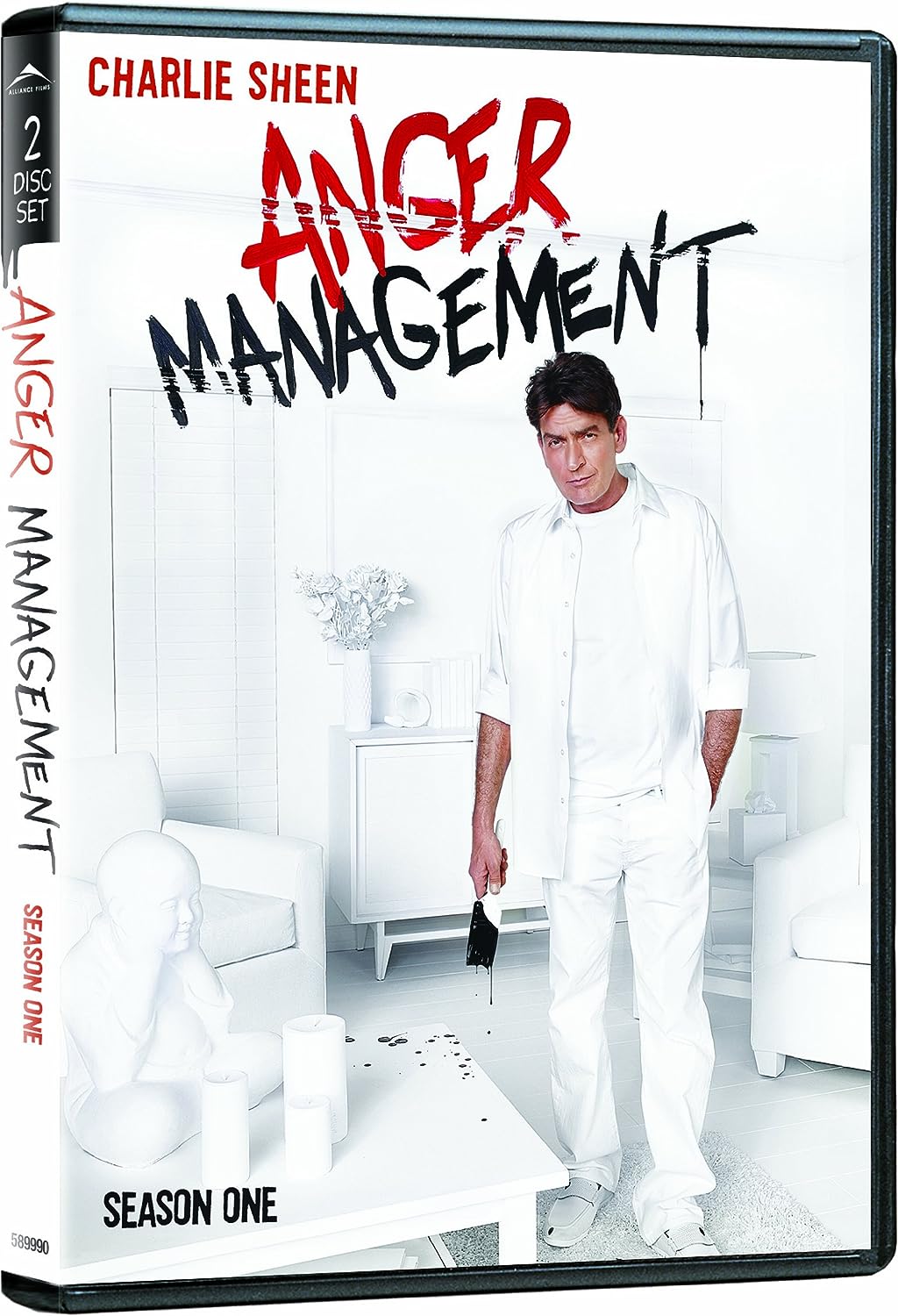 If there is anything that can be said about Charlie Sheen it’s that he lands on his feet, even when having very public melt downs. After losing his job on Two and a Half Men the fact he managed to find himself another show where he was the star is surprising in ways, but in others it could be said to be a cheap attempt to cash in on the fact that he is quite a huge public figure. Anger Management Season One is a show that rests firmly on Sheen’s shoulders and relies on his talents, which is both a good and bad thing.

Charlie, played by Charlie Sheen is a failed baseball player who ended his own career when he lost his temper and tried to break a bat over his knee, doing more damage to himself than the bat. Having to find another form of employment he becomes an anger management therapist ranging from a group that meet every week at his house to a group in prison who are in need of the therapy to curb their violent actions. Managing his patient’s therapy while trying to control his own anger issues he finds things further complicated by his own therapist that he’s sleeping with, his ex-wife and their daughter who suffers from OCD.

It’s quite interesting that Anger Management starts with an opening scene where Sheen shouts into the screen with a blatant message to his past employers over at Two and a Half Men, because Anger Management is very similar to his past show. His character, although he drinks less and actually seems quite a smart guy but he is very much Charlie. The other characters also have that oddball appearance about them that you expect to see in Two and a Half Men, it’s just missing the people he left behind. In the defence of Anger Management defence though I found the show to be quite likeable and the fact that Selma Blair, who is very easy on the eye spends most of it in various stages of undress is nothing to be complained about. Of course she also provides sound advice as his therapist and constantly challenges him to do the right thing.

If we further compare the show to Two and a Half Men the reason that show worked and continues to survive is down to the characters themselves, although most recently it seems that not only Charlie Sheen are causing it issues. Looking to Anger Management though, with a more well behaved Sheen, a guest appearance from his father Martin Sheen and a good ensemble cast and we have a show that Sheen can work off quite well. Shawnee Smith as his ex-wife pulls off a suitably fiery performance, verbally sparring with Sheen and holding her own, she’s the type of actress who seems to effortlessly have that edge to her characters, and in this she does it to good effect, though it’s obvious she still cares about her ex-husband. Daniela Bobadilla as his daughter Sam is one of the quirkier of the characters, with her OCD giving her quite a few episodes when she’ll get herself into strange situations just as part of her daily life.

The highlight of the show though is arguably Charlie’s patients, Lacey (Noureen DeWulf), Patrick (Michael Arden), Nolan (Derek Richardson) and Ed (Barry Corbin) who display different varieties of anger that needs to be managed. The sessions where they tell their tales of being in “control” are some of the funnier moments and I’d say for me Barry Corbin (Ed) is the stand out with his hatred of everybody in equal measure. There are even episodes where the theme actually looks at ways for them to curtail their anger, which is a nice change.

Anger Management is a show that is enjoyably, but it does rely on Charlie Sheen which is always a risk. It’s interesting that the show plays off the events that took place in Sheen’s life, which does include the shadow of Two and a Half Men. It will be nice to see in the second season if the show can pull itself out of that shadow and Sheen can move on with the success, and it is believable that both he and the show can.