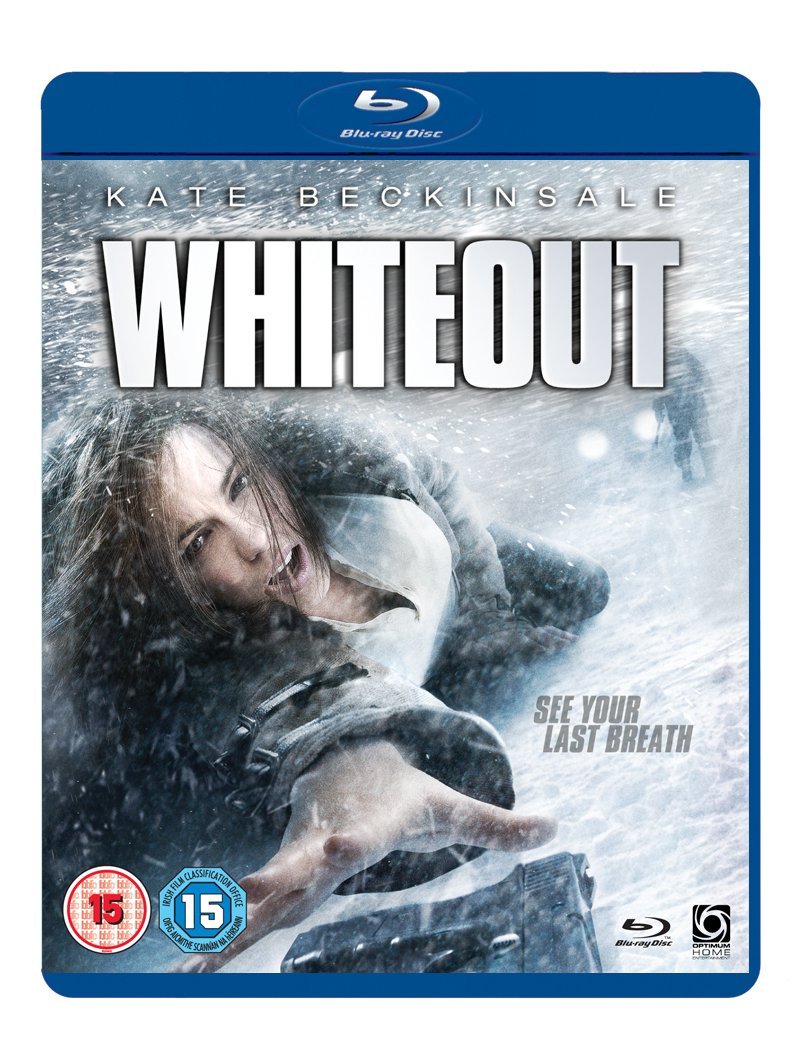 In 1957 a Russian cargo plane is flying above Antarctica. In the cargo hold, three Russians sit with a padlocked box. The co-pilot leaves his seat and goes into the cargo hold, then begins to shoot the other men, who return fire. The chaos caused by the gunfight leads to a crash which kills all aboard.In modern times, newcomers arrive at the United States’ Amundsen–Scott South Pole Station in Antarctica, while others who are scheduled to leave are preparing to do so early because of a storm. They must depart before the onset of winter or remain for six months. Special Deputy U.S. Marshal Carrie Stetko (Kate Beckinsale) has been working in Antarctica for two years, since a betrayal by her partner in Miami that killed him and nearly killed her. She plans to resign after returning to the United States in two days.Stetko, her friend Doc (Tom Skerritt), and pilot Delfy (Columbus Short) fly to the remote Haworth Mesa to retrieve a discovered body. The dead man is Anton Weiss (Marc James Beauchamp), one of a group of three scientists looking for meteorites. An autopsy finds evidence of murder by ax. A murder requires a federal investigation; Stetko considers sending the body to McMurdo Station to avoid spending another winter in Antarctica, but decides to continue the investigation. When Stetko goes to speak to one of the others at Vostok Station, she finds him dying from a neck wound and is herself attacked by a black-clad man with an ax. Stetko injures her hands in escaping, losing the wet skin of her fingers on the metal handle of a door. Later, she finds Robert Pryce (Gabriel Macht), a United Nations security agent, examining the body of the second scientist. They conclude that the third, who is missing, must be the killer and set out to explore the group’s most recent search site. There, Stetko falls through the ice to find the old Russian cargo plane. Pryce and Delfy join her to investigate, and they realize that the locked box had been opened and six cylinders removed. Pryce reveals that it is possible that nuclear fuel of interest to arms traffickers may be in the cylinders.After nearly being trapped by a cave-in at the plane, Stetko must have her badly frostbitten fingers amputated by Doc. She then finds the missing scientist hiding in her office. He tells her that he and his two companions found the plane and took the canisters, but the killer has them now. Before Stetko can protect him he is killed, but Carrie captures his killer, who is revealed to be Australian biologist Russell Haden (Alex O’Loughlin). The base commander orders everyone to evacuate because of the murders. With Haden locked in the brig and the winter storm near, Stetko and Pryce search for the canisters. However, Haden manages to escape and starts pursuing Stetko and Pryce. The three end up outside the base while the winter storm happens, and just when Haden corners, and is about to kill, Carrie, Pryce arrives and cuts Haden’s safety rope and he is dragged onto the base’s wall as a result of the storm’s heavy winds, fatally smashing his head in the process.

Stetko checks the last departing plane’s cargo manifest and learns that the bodies of the dead scientists were not aboard. She searches their body bags and notices that the stitching on Weiss’s old wound matches the distinctive pattern on her amputated fingers. Stetko explores the body and finds several bags of large, uncut diamonds. Doc confesses that he was part of a diamond smuggling ring with the others before Haden killed the rest. He had hoped that the diamonds would make him wealthy outside Antarctica. When Doc tells Stetko he wants to see the aurora australis one last time, she allows him to walk outside to his death. Six months later, Stetko, Pryce, and Delfy have wintered at the facility. She transmits an email to her superior, rescinding her previous resignation and asking for a warmer location for her assignment. 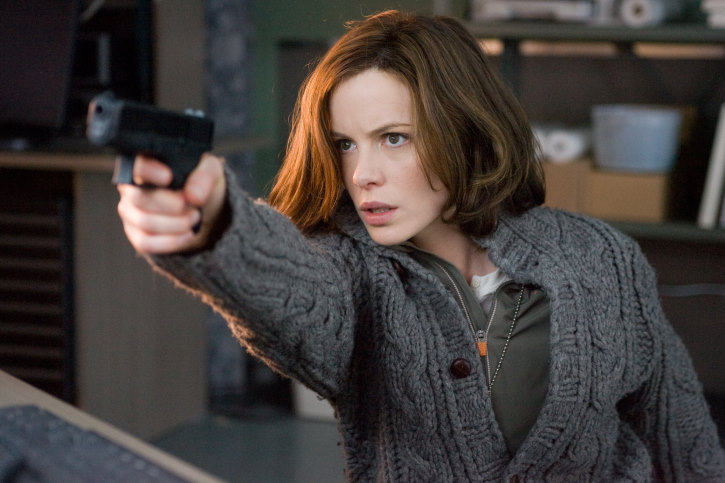 Whiteout isn’t as bad as people are claiming it is, in fact I had an OK time with it, when all was said and done. There is a dull section in the middle that’s hard to get through, but the fairly exciting finale makes up for that in my opinion.

Man-Thing is set in a backwater Leeziana town with an unusually large number of unexplained disappearances, the previous sheriff among them. Kyle Williams (Matthew Le Nevez) isn’t on the job as Bywater’s new sheriff long before he’s saddled with a murder investigation, one that’s interrupted by a squabble involving protestors at Schist Petroleum. Schist has set up shop in swamplands held sacred by the three…well, two, now…Indians that call Bywater home. Schist’s buyout happened under extremely suspicious circumstances, and townsfolk like schoolteacher Teri Richards (Rachel Taylor) aren’t going to stand for it. So…you know the drill. More unexplained murders. Kyle and Teri fall madly in love inexplicably quickly as they investigate. Can’t trust rednecks or blustering corporate weasels. Climax when the Man-Thing finally comes.

For a movie titled Man-Thing, the plant-like creature almost seems like a minor supporting character. Sure, there are plenty of P.O.V. shots. A hand. A briefly glimpsed arm. A fuzzy photo. You don’t really get a full-on, unobscured look at Man-Thing until the last fifteen minutes or so of the movie. Sure, a “less is more” approach can work extremely effectively in a movie like Jaws, but Man-Thing isn’t Jaws. Wow. It really, really isn’t Jaws.

Very loosely based on “Cry of the Native” in Adventures into Fear #16, the basic story is a mishmash of clichés — amorous kids who stumble into the path of a killer before the opening titles, the new cop in town, the corrupt, murderous businessman, a wronged man wreaking havoc from the grave, the quarreling, determined woman who gradually steps into the role of love interest, two scoops of cryptic Native American hokum… The creature looks like Roy Thomas and Gerry Conway’s creation, and a character named Ted Sallis does factor in, but the origin and motivations are both completely different. Nothing that happens bears much resemblance to the comics; the creature is practically a guard dog, killing pretty much everyone who crosses his path indiscriminately. No one who knows fear even burns at the Man-Thing’s touch. Violent shaking and stabbing vine-tentacles, sure, but no burning touch. I guess even if he is a second or third-tier character, “Man-Thing” still carries more marquee value than “Boring Sheriff”, the bland character who winds up snagging most of the screentime. The cast as a whole ranges from mediocre to there-are-twenty-million-people-in-Australia-and-I’m-pretty-sure-you-could-find-someone-better-than-this-guy. Also, Australians attempting a Southern accent are about as convincing as me trying to adopt an Australian accent. Stop it.

Although Man-Thing debuted on the Sci-Fi Channel, this DVD has the full R-rated version of the movie, complete with a little bit of silicone-enhanced nudity and plenty of profanity. Some of the special effects wound up looking reasonably nice, and it’s unflinching about lingering shots of mangled corpses and skewering much of the cast. Doesn’t do much to redeem the movie, tho’. If I were watching Man-Thing on television, I’d have given up before the opening titles.  There’s no sense of tragedy or emotion or fear or excitement or…anything. Man-Thing isn’t unendurable or unwatchable, but the movie’s so bland, so uninteresting, and so sluggishly paced that it’s nearly impossible to recommend.