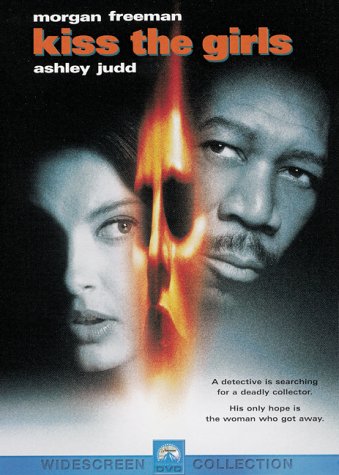 Washington, D.C. detective and forensic psychologist Alex Cross (Morgan Freeman) heads to Durham, North Carolina when his niece Naomi (Gina Ravera), a college student, is reported missing. He learns from the local police, including Detective Nick Ruskin (Cary Elwes), that Naomi is the latest in a series of young women who have vanished. Soon after his arrival, one of the missing women is found dead, bound to a tree in a desolate forest, and shortly after that, intern Kate McTiernan (Ashley Judd) is kidnapped from her home.

When she awakens from a drugged state, Kate discovers that she is being held captive by a masked man calling himself Casanova, and she is one of several prisoners trapped in his lair. She manages to escape and is severely injured when she jumps from a cliff and into a river to escape from his clutches. After she recuperates, she joins forces with Cross to track down her sadomasochist captor, who Cross concludes is a collector, not a killer, unless his victims fail to follow his rules. This means there is time to rescue the other imprisoned women, just as long as they remain subservient.

Clues lead them to Los Angeles, where a series of gruesome kidnappings and murders have been credited to Dr. William Rudolph (Tony Goldwyn), a man known as the Gentleman Caller. Cross deduces he is working in collusion with rather than imitating his East Coast counterpart, but his efforts to capture and question him are foiled when Rudolph escapes. Upon returning to North Carolina, he traces up the river and alerted by a gunshot discovers the underground hideaway used by, as well as the true identity of, the man who calls himself Casanova. Rudolph is revealed to be Casanova’s partner. The actual Casanova escapes, while Rudolph is shot by Cross. Cross then rescues the kidnapped women, including Naomi. After all that has happened, Kate invites Cross to dinner at her house to get away from work.

Ruskin drops by Kate’s house, and sends home the two officers guarding her. While Cross is at home getting ready, he discovers that Ruskin’s signature on the arrest warrants matches that of Casanova. Cross tries calling Kate to inform her that Ruskin is the real Casanova, but Ruskin has already disconnected the phone line. While conversing with Ruskin, Kate becomes suspicious of his creepy elaborations. Ruskin then drops his Southern accent, revealing his true self to her. After a fight and attempted rape, Kate manages to handcuff him to the oven. Ruskin slashes Kate’s arm with a kitchen knife. In attempting to free himself, Ruskin pulls the oven away from the wall, breaking open the gas pipe. Ruskin takes out a lighter, which would cause an explosion due to the leaking gas. Cross shows up and tries to talk him down but when this fails, has to shoot Ruskin through a milk carton so the muzzle blast from his pistol does not ignite the gas. Cross comforts Kate as the police arrive.

Brilliant film and so well acted Morgan Freeman and Ashley Judd had such a good energy between them. Would recommend to everyone