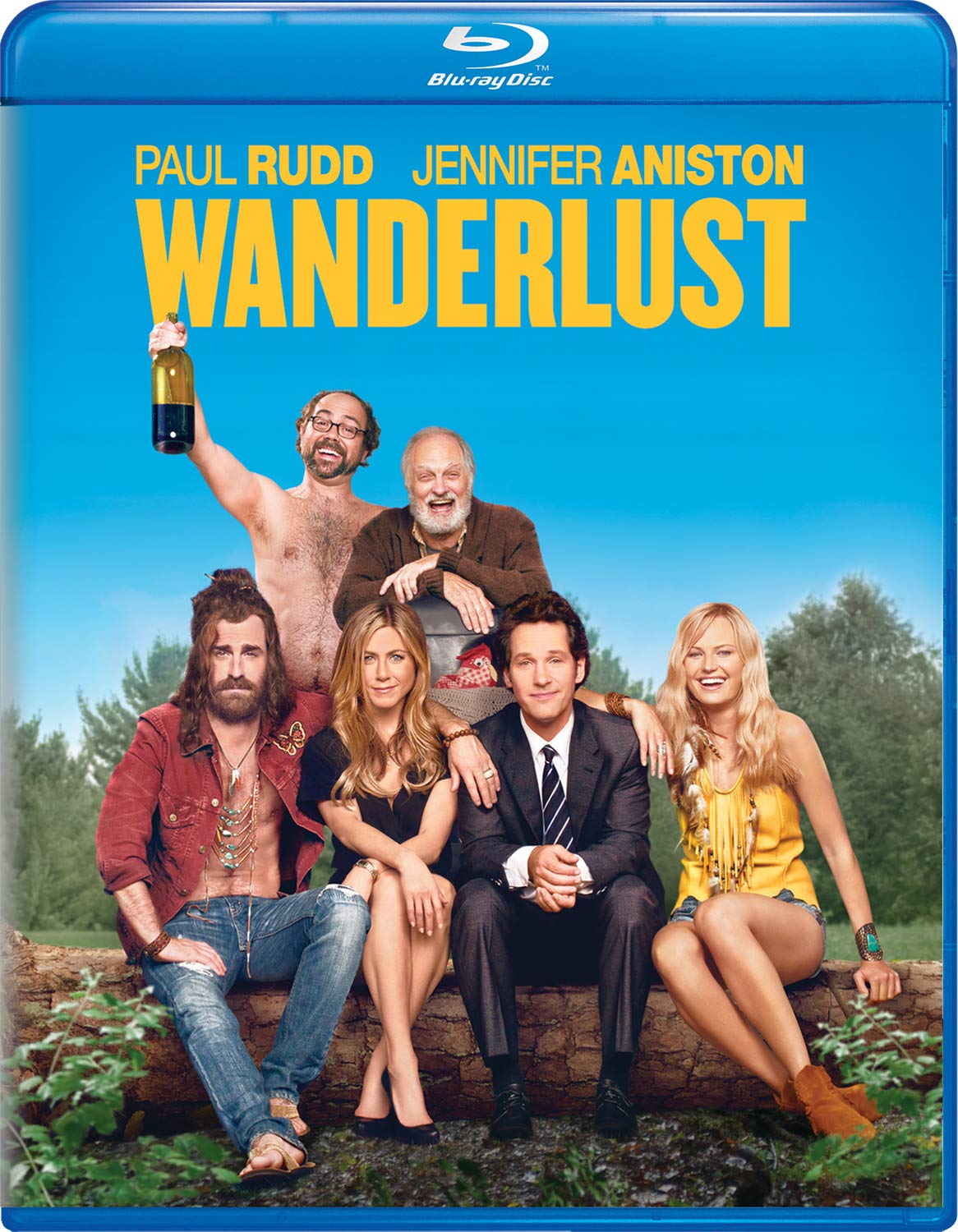 George and Linda Gergenblatt are an urban married couple who purchase a micro-loft in New York after much hesitation. George is expecting a promotion while Linda is trying to sell a documentary to HBO. Soon after purchasing their home, George learns that his company has folded, overnight, while HBO rejects Linda’s documentary. With both out of work, they are forced to sell their apartment and drive to Atlanta to live with George’s arrogant brother Rick and his wife Marisa after Rick offers George a job.After many hours on the highway, Linda demands they stop to rest. The closest place to stop appears to be a bed and breakfast hotel named Elysium. After exiting the highway, as they approach, they are surprised to see a naked man walking ahead of them. He approaches them. Startled and apprehensive, George tries to back up to the highway, but accidentally flips the car over. The nude man, Wayne Davidson, helps them out of the car, and they are forced to stay at the hotel. They meet several colorful guests, and then go to bed. While trying to sleep, they are distracted by noises downstairs. When they go to investigate, they learn that Elysium is a hippie commune. They meet various eccentric residents of Elysium, including Seth, Eva, and Elysium’s owner Carvin. George and Linda spend the night feeling more alive than before. In the morning, everyone helps flip the car back upright so they can leave, as Seth urges them to stay, but they continue on to Atlanta.George and Linda arrive at Rick’s house and find the atmosphere chaotic. George quickly reaches a breaking point with Rick and takes Linda back to Elysium, where they are welcomed back. George is excited about the simpler lifestyle while Linda is hesitant. They decide to stay and give the place a two-week trial run. After a few days, Linda starts feeling enlightened after drinking some drug laced tea in the truth circle, while George begins having second thoughts. George and Linda soon learn that ‘free love’ is strongly encouraged as Seth and Eva want to seduce Linda and George, respectively. Both George and Linda rebuff the notion of free love, and several crazy situations arise during that period, bizarre and otherwise.At the same time, Elysium is being targeted by property developers to build a casino on the property, as title to the property is disputed, and Carvin has misplaced the deed to the land. After the developers arrive with a bulldozer, to make a TV reporting-crew take more interest, Linda scares them off by flashing them her breasts, and many of the other residents join her, which gets sensationalized coverage, and halts the proceeding. Linda is lauded as a hero by the commune. The two weeks are up, and George demands that they leave, saying that if they stay, they would have to give in to ‘free love’. Linda wants to stay and has sex with Seth. George is pressured to have sex with Eva, but he becomes uncomfortable and drives her away with his awkward and bizarre behavior. The next morning, George reaches a breaking point, again, stating that he dislikes the rules of Elysium and wants to leave. Linda wants to stay, so George goes back to Rick’s house alone.Seth believes he has found his soul mate in Linda and searches for the deed to Elysium, which he finds and sells to the property developers, for $11,000, to start a new life with Linda, betraying the commune. A child from the commune witnesses the burning of the deed by Seth and the man that wants to build the casino. Seth tells Linda he wants them to leave Elysium behind, together, and that the others can look after themselves. Linda refuses. In the meantime, George realizes he loves Linda and comes back to find her, getting into a fight with Seth while the commune looks on and tries to help ‘non-violently’. The child that witnessed the burning of the deed by Seth tells the commune what happened and George punches Seth in the jaw.In the aftermath, the news show that visited Elysium does a follow-up story about the commune. George and Linda start a publishing company, with their first book being a political thriller novel written by Wayne. The novel is then fast-tracked into a film adaptation starring Ray Liotta. Carvin reclaims his rights to Elysium after he is reunited with all the original founders of Elysium, one of whom had another copy of the deed. In a post-credits scene, Marisa is a cast member of the television reality show The Real Housewives of Atlanta.Take this film at face value and suspend your disbelief, take off your critic hat and just enjoy!