One year after the events of Captain America: The First Avenger, Agent Peggy Carter is now a member of the Strategic Scientific Reserve, and faces sexism from her boss, Agent John Flynn, who treats her condescendingly, and keeps her compiling data and code breaking while assigning field cases to the male agents only. The S.S.R.’s main concern is the mysterious Zodiac, which they have been unable to recover for some time.

One night alone in the office while the men are out together, the case line rings, informing Carter of the location of the Zodiac. Though three to five agents are recommended, Carter decides to go to the location herself. Fighting off multiple guards, Carter is able to retrieve the Zodiac, a mysterious serum, herself. The next day, Flynn reprimands her for not going through the proper procedures to complete the mission, and dismisses the indignant Carter as just an “old flame” of Captain America’s who was given her current job out of pity for her bereavement. However, before he can officially punish her, the case line rings again, this time with Howard Stark on the other end, who informs Flynn that Carter will co-head the newly created S.H.I.E.L.D.

Hayley Atwell is never bad, and we must remember this short led top the awesome Agent Carter TV Show. She continues to prove what a Icon she is in the Marvel Cinematic Universe. 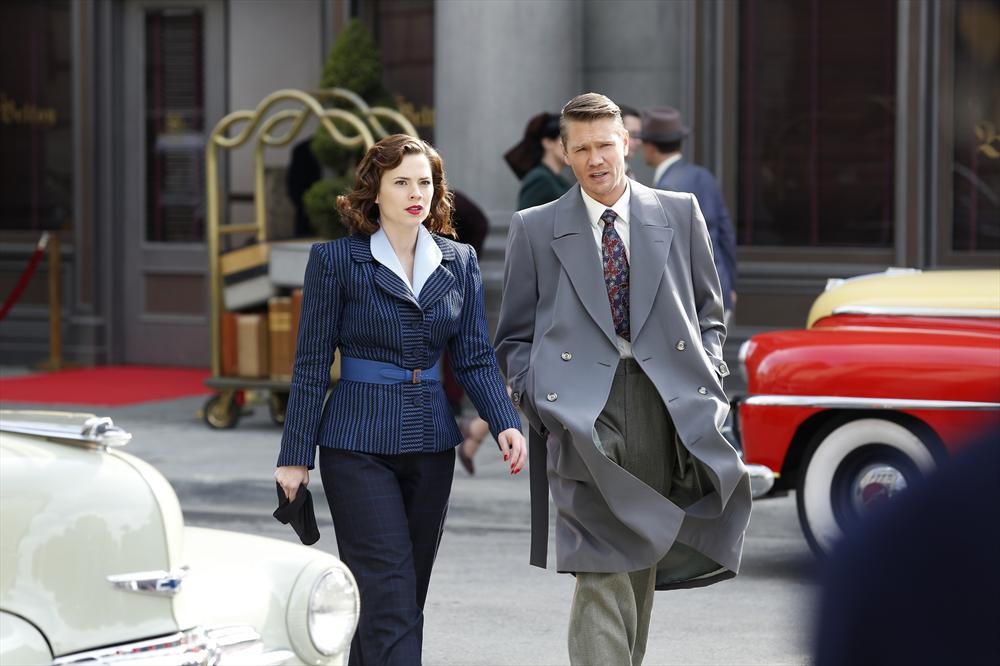 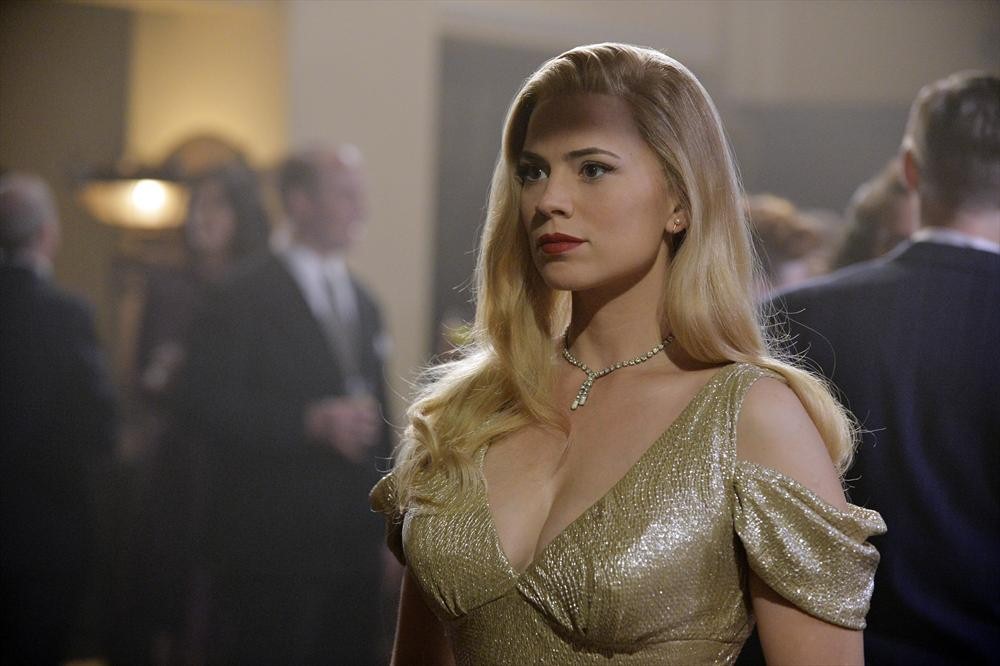 Considering it was a 1940s period piece starring an already-established, likable character and was created by the guys who wrote Captain America: The Winter Soldier, you’d think people would have been more excited going into Marvel’s Agent Carter. Not that I didn’t see plenty of excitement as well, mind you, but I also saw a lot of cynicism – stuff about how it was a “prequel” and thus “wouldn’t matter” and also about how because Peggy and the other characters didn’t have superpowers, “Who cares?”But Agent Carter didn’t need to succeed by setting up something to pay off in another film it just needed to be an entertaining, involving show. And boy, was it. 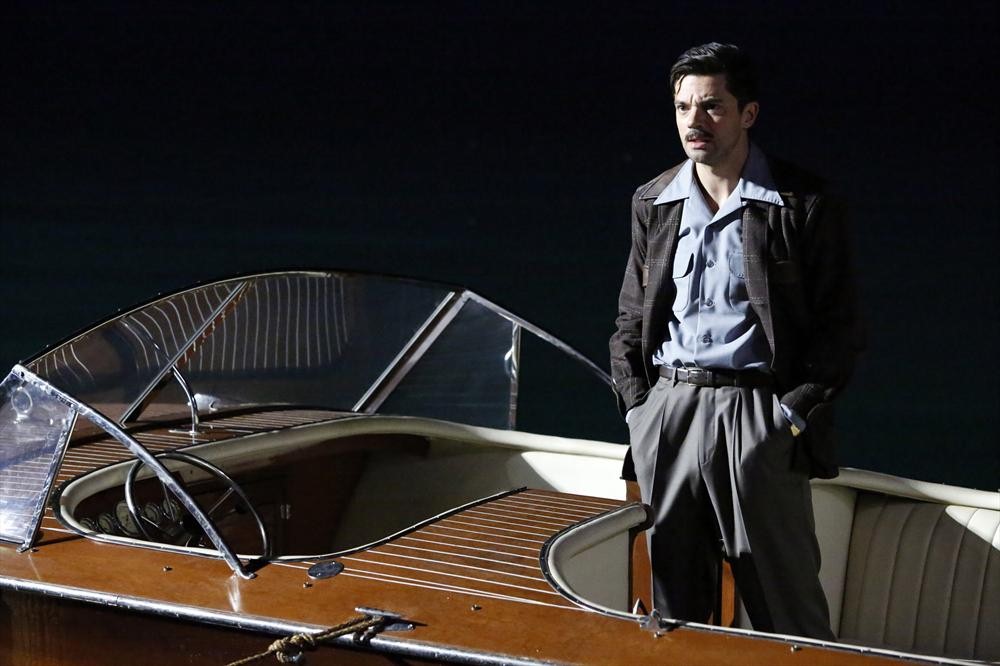 Yes, it only got better as it went along, but Agent Carter — which came from executive producers/showrunners Michele Fazekas & Tara Butters — was a lot of fun from the start. Hayley Atwell had already established how great she is as the character and easily slid into the lead role, and pairing her with Edwin Jarvis (James D’Arcy) was an inspired move. Atwell and D’Arcy had terrific, non-romantic, chemistry together, playing Peggy and Jarvis as an instantly lovable, quirky duo and making the scenes where Jarvis accompanied Peggy on missions really pop – even before Peggy got to beat up bad guys. 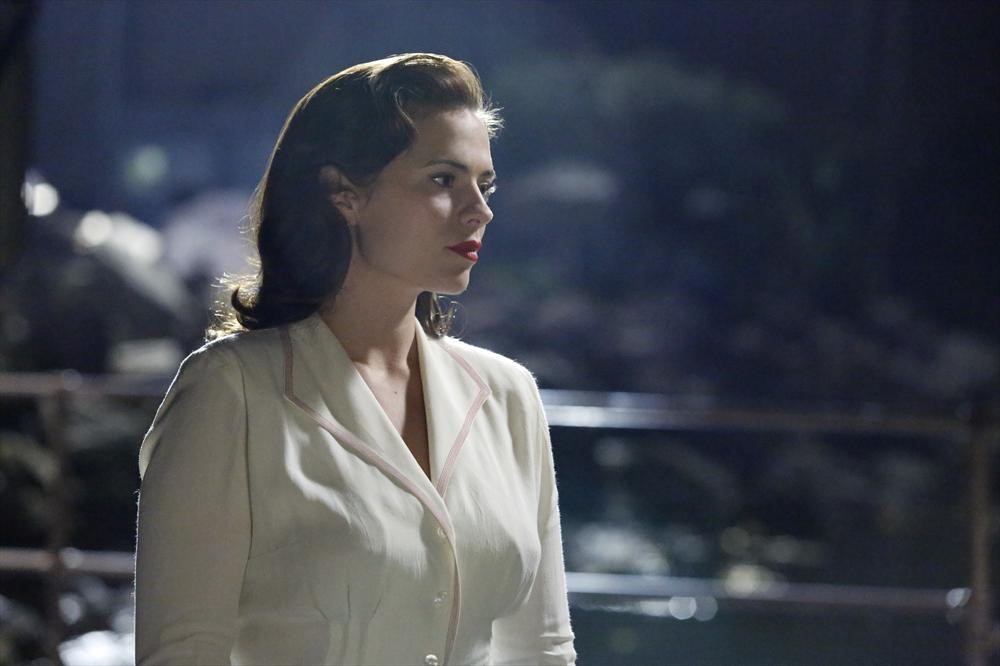 With only eight episodes, Agent Carter moved quickly, in a satisfying manner. Bridget Regan was introduced as Peggy’s neighbor, Dottie, and just a week later – with fans already speculating on what her character could really be – she’s killing a guy, leading into a really awesome reveal that Agent Carter was introducing the Black Widow program into the mix. 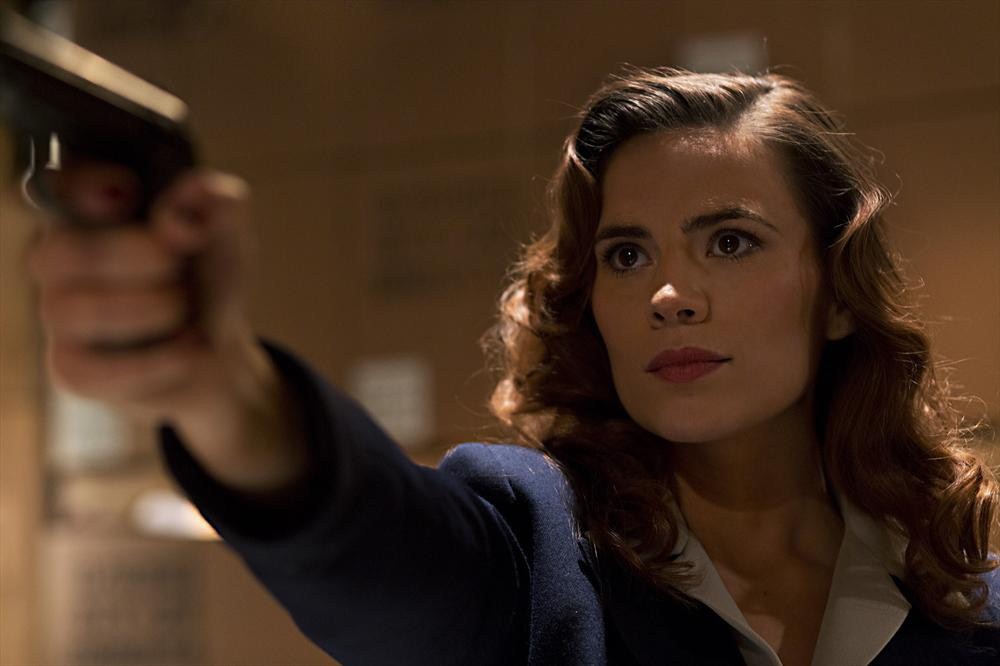 Agent Carter wasn’t tied into the modern Marvel movies in a direct way, but there were a ton of cool connections throughout, beyond Peggy’s important history with Captain America. Howard Stark (Dominic Cooper), while only appearing in three episodes, was crucial to the story, and we got an intriguing look into his psyche in the season finale. 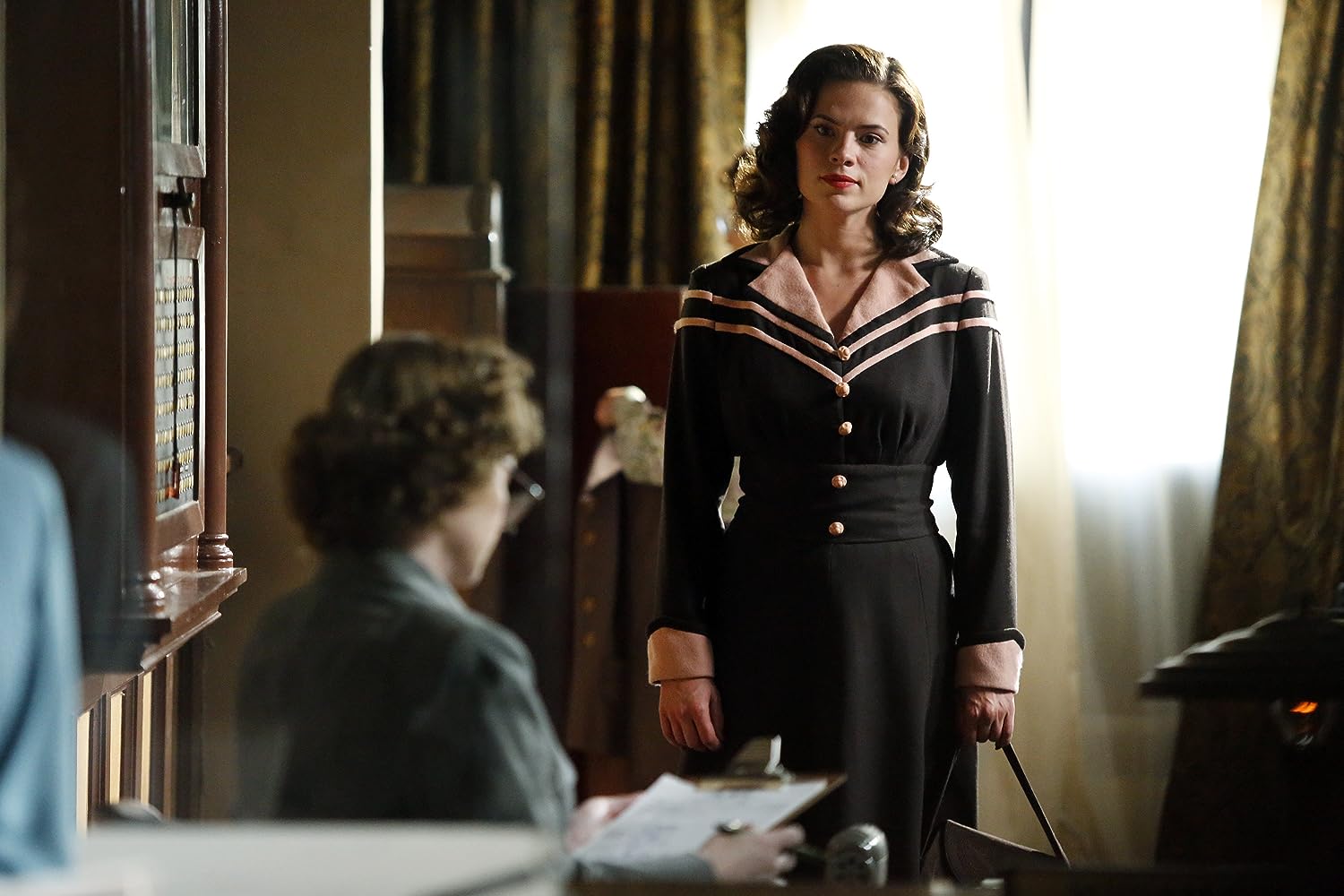 Dum Dum Dugan and the Howling Commandos showed up, we got to see more than one Black Widow at work and then there was Dr. Ivchenko, AKA Fr. Fennhoff – who is also known as the Marvel villain Dr. Faustus and who turned out to be tied into the Winter Soldier by the end, via a cool Marvel-movie type final scene. 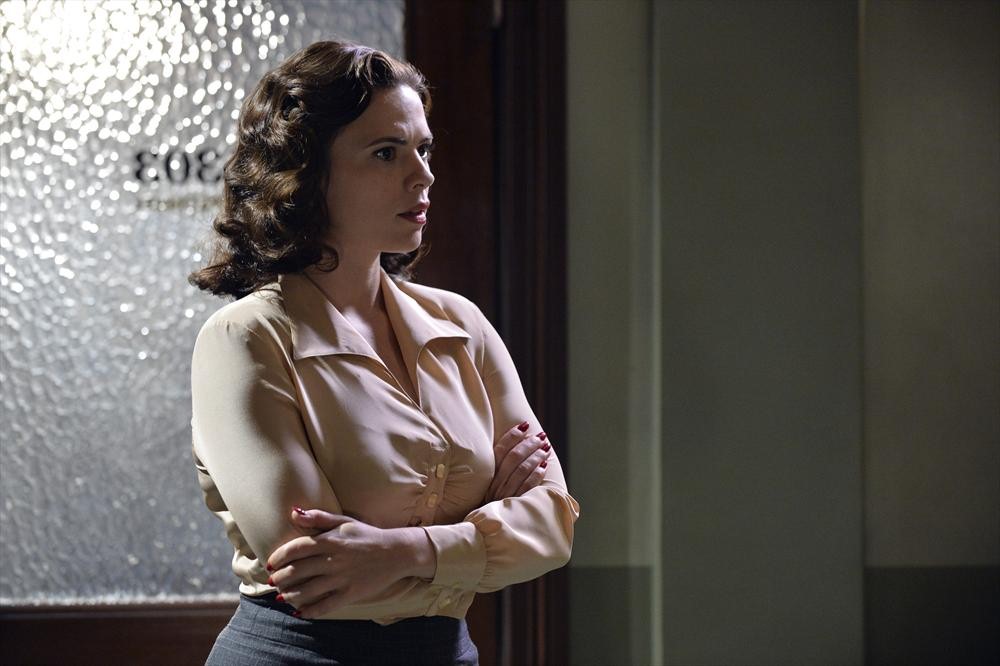 In general, all the characters were really clicked. It was surprising to see Lyndsy Fonseca play a non-action role here, but she made Angie incredibly likable and charismatic and the scenes between her and Peggy were very sweet, showing Peggy making a far more normal connection than her life usually allows. Early on, I was concerned by the portrayal of the men at the SSR. Except for Enver Gjokaj’s sympathetic Daniel Sousa, they all felt pretty one note. Yes, it was important and fitting, given the era the show was set in, to show just how dismissive the guys in the office, in general, were of Peggy, unable to see just how skilled she was and the contributions she could bring. But the first couple of episodes had Thompson (Chad Michael Murray), Dooley (Shea Wigwam) and Krzeminski (Kyle Bornheimer) all feeling pretty similar and one-note, in a way that could have quickly become grating. Fortunately, the most annoying of this bunch, Krzeminski, was soon dead and Dooley and Thompson became much more nuanced as the season continued. 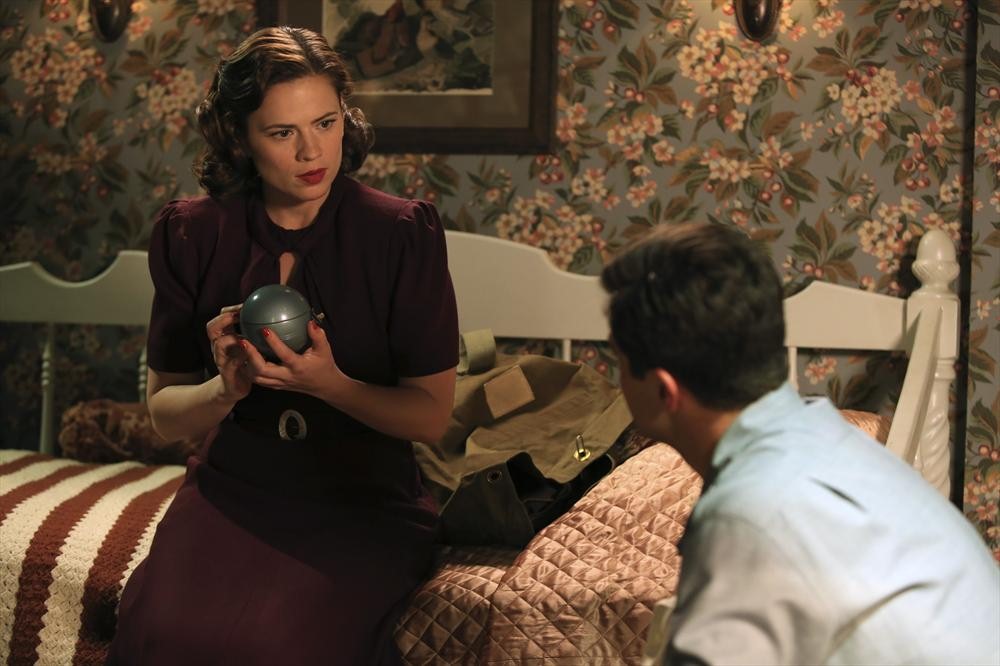 Dooley doing his own investigating and seeing that things didn’t ad up as  Howard Stark being the culprit was a great touch, letting us see why this guy was in charge in the first place. And the mission in Russia in “The Iron Ceiling”(a standout episode) gave us a ton of insight into Thompson and who he really was versus the image he projected. The season culminated in a very satisfying manner, with Dooley’s noble sacrifice, the reason behind Fennhoff’s anger at Howard revealed and a big cathartic release for Peggy, who got to beat Dottie in combat and finally really and truly put Steve Rogers to rest. This latter part was especially handled well and reinforced something that had been occurring to me all season – that it was especially silly to dismiss Agent Carter as “a prequel” when, if anything, it worked as a pretty direct sequel to Captain America: The First Avenger, simply following what happened next for Peggy (and, to a lesser extent, Howard) after that film’s events, instead of Steve.