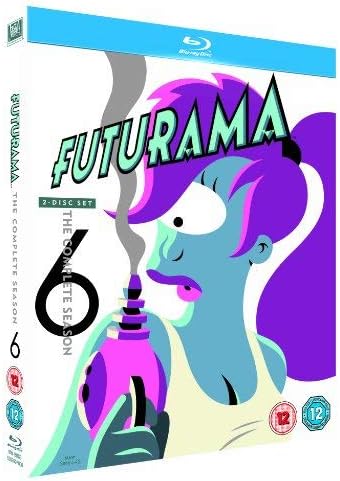 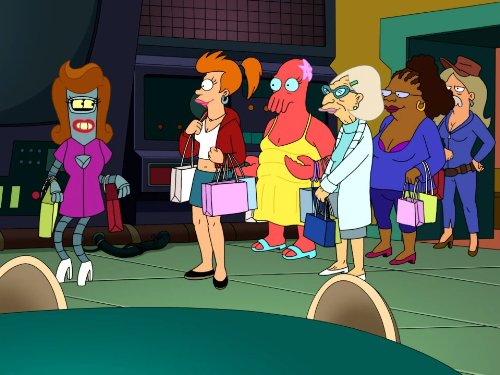 It never fails – You give a television network pure gold, and they’ll beat it and roll it around in the mud before you ever had a chance to realize what was happening to it. Instead of looking at the quality of any given program, network executives would rather comb feverishly through their charts, graphs and reams of statistical data, and in pondering how much blood they might be able to draw from stone, will begin an all too familiar slippery slope- Time slots are shuffled, episodes are carelessly aired out of order or not at all, time slots are shuffled again and, well, then the inevitable happens: The show gets canceled. 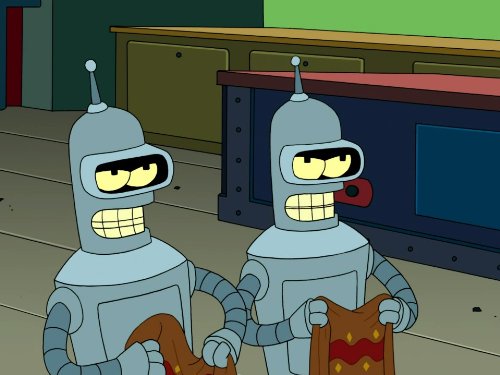 I’d like to think that in 2003, Fox executives were scratching their heads, wondering how they facilitated a brilliant show like Futurama to slip in the ratings, but it’s more likely that they sparked up cigars while congratulating each other on what was sure to be their next surefire (and cheap to produce) hit – Paradise Hotel. Now, I apologize if my outlook on the inner-workings of Fox comes off as a little sour, but is this really so far from the truth? Haven’t we all been burned by this sort of thing before? How many times have we yelled from our couch, “(Insert recently canned show here) got canceled but they decided to keep this?!?!?!” Fortunately though, many shows have found life after cancelation thanks to impressive home video sales, and as most of you already know, Futurama is one of those success stories. 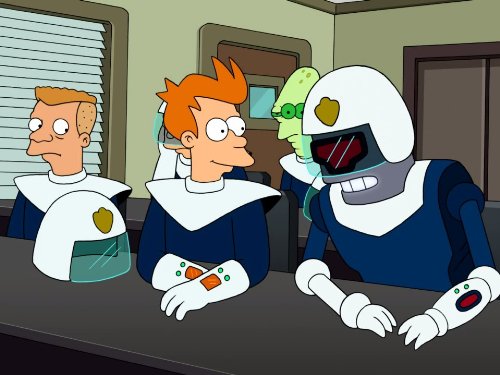 Comedy Central ordered a new season after four direct-to-video ‘movies’ were released and met with generally favorable reviews, but Fox, being the financial backer for production, blew a lot of smoke in the middle of an intense salary dispute and threatened to move forward with an entirely different voice cast, even going as far as posting an open casting call. Fortunately the dispute was resolved and the show was allowed to go on without any major changes. Although many jumped at the chance to pal around with the Planet Express crew again, I remained skeptical. 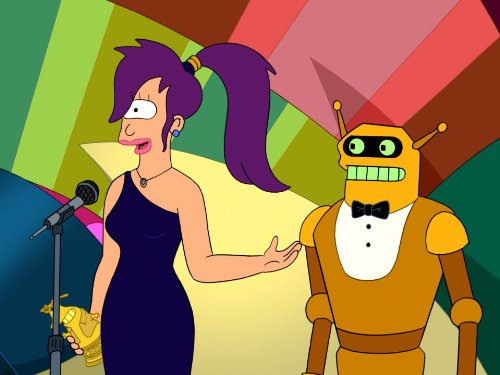 I expressed some minor concerns in my Volume 5 Blu-ray review, most notable of all being my fear that the show would have resurfaced feeling like a brand new entity, a Futurama 2. If you will. For example, I’m sure many of you would agree that there was something different about Family Guy when it returned to television. When the first two episodes of Futurama’s sixth season aired back-to-back on Comedy Central however, that fear had been alleviated. Matt Groening has always insisted on having complete creative control over Futurama, so I guess I shouldn’t have been surprised when the show didn’t miss a beat and felt like it had never been canceled at all. Despite the show’s faithful return however, there were still a couple of concerns rattling some chains at the skeptical epicenter of my brain. 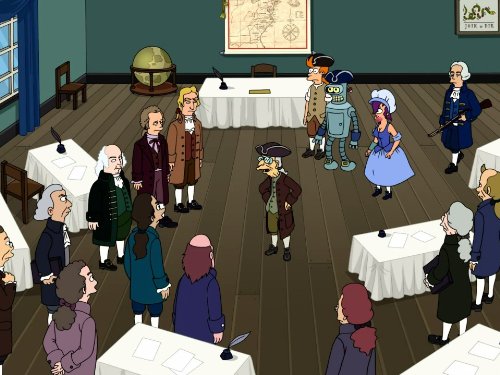 For one, I knew that Comedy Central’s tendency to only air half a season at a time was going to bite us in the ass bigtime. Don’t get me wrong – Airing thirteen episodes over the course of just as many weeks is far more preferable than Fox’s model of making us wait weeks on end just to get three or four new episodes. 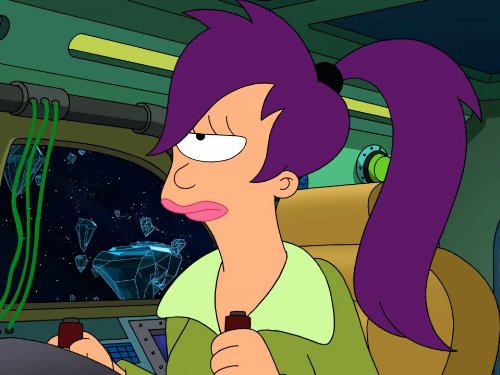 Silence of the Clamps, is surprisingly made up of ‘been there, done that’ material, a real surprise considering how Futuramatypically pulls strength from its unpredictability. Bender yet again finds himself in cahoots with someone the Don Bot is extremely fond (and protective) of, and spends another 22 minutes or so running from the robot mafia. In The Tip of the Zoidberg,Professor Farnsworth reveals why he keeps the medically incompetent crab employed at Planet Express, and although this would have been a great opportunity to add a dimension to Zoidberg we’ve never seen before, the episode ultimately fails at being able to do so. Instead, we’re given some hokum about the Professor carrying a disease that can strike at any moment, which (of course) only Zoidberg knows how to cure. Another episode that rolled listlessly into dullsville was Fry Am the Egg Man, which tackles the ‘controversial too many years ago to count’ issue of fast food. But, perhaps the most frustrating thing of all now that the sixth season in its entirety has wrapped, is the fact that very little time has been spent developing the relationship between Fry and Leela.This set contains some of the best episodes I’ve seen in a while. The highlights for me begin with Mobius Dick, which follows Leela on an obsessive quest to avenge a long lost Planet Express crew by destroying a fourth dimensional white whale in space. Although the story is intriguing enough in and of itself, there are plenty of pop culture references sprinkled throughout that we really have to look for, which has always been a core aspect of the show. There was something about seeing the Event Horizon floating in a spaceship graveyard that put big smile on my face.Next, Law and Oracle proves to be a showcase for the writers. Fry joins the police force and gets a promotion that lands him in a Minority Report inspired future crimes unit gig. It was an unpredictable venture from beginning to end and stands as a beacon of light in this ‘hit or miss’ batch of episodes, as it shows us that the creative team hasn’t lost their touch, but again, were probably just getting burned out near the end of the season. My two favorites overall have to be the episodes that close out the season though – Overclockwise features a Bender that’s been overclocked by Cubert, which causes a peculiar side effect that eventually allows Bender to transform into an omnipotent being. Last but not least, there’s Reanimation. This episode breaks out of the typical Futurama mold and tells three short stories, each in a different style of animation – Old time black and white, a low-resolution video game complete with crappy Super Nintendo-esque music and sound effects, and (but of course) anime. Each of these stories are very clever in their own way as they utilize the animation style as part of the joke. I won’t spoil the surprise as to how though, I’ll leave that for you to discover. 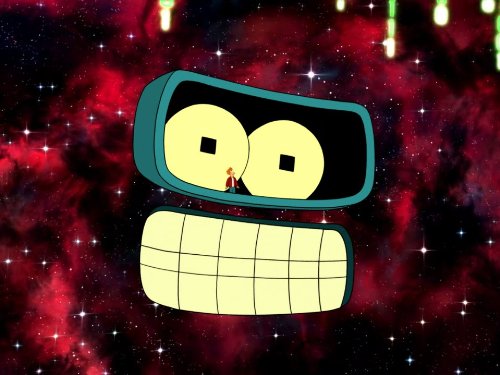 So really, for all the reasons the writers have given us in the second half of season 5 to wonder if the show was finally losing its edge, they’ve also provided just as many reasons tolet us know that they still possess the intellect and charm to keep Futurama going strong.