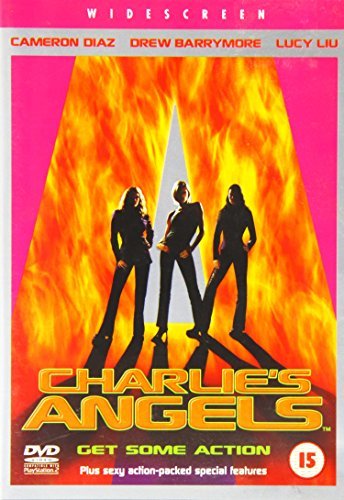 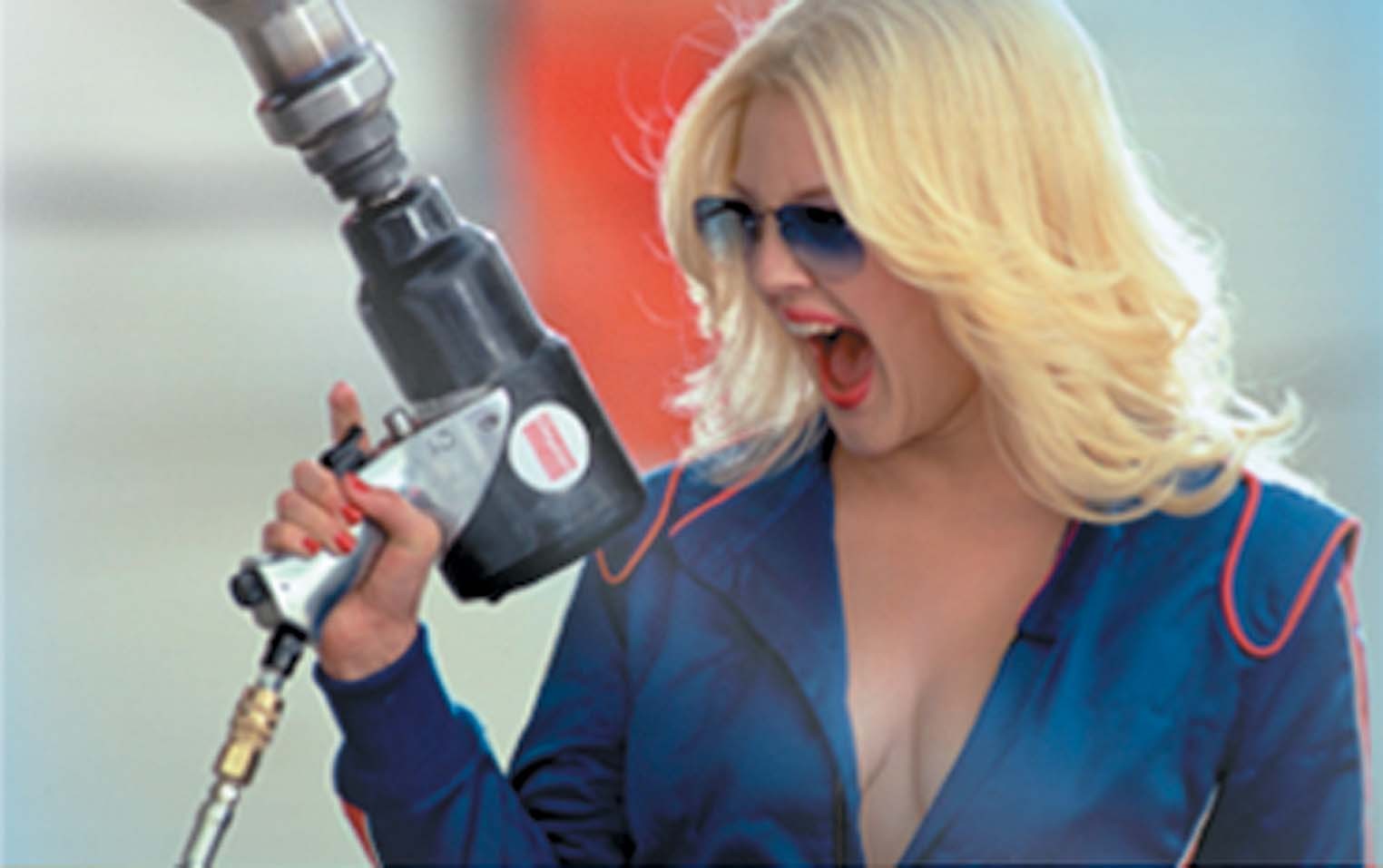 Natalie Cook (Cameron Diaz) Dylan Sanders (Drew Barrymore) and Alex Munday (Lucy Liu) are the “Angels”, three talented, tough, attractive women who work as private investigators together for an unseen millionaire named Charlie (voiced by John Forsythe) Charlie uses a speaker in his offices to communicate with the Angels, and his assistant Bosley (Bill Murray) works with them directly when needed. 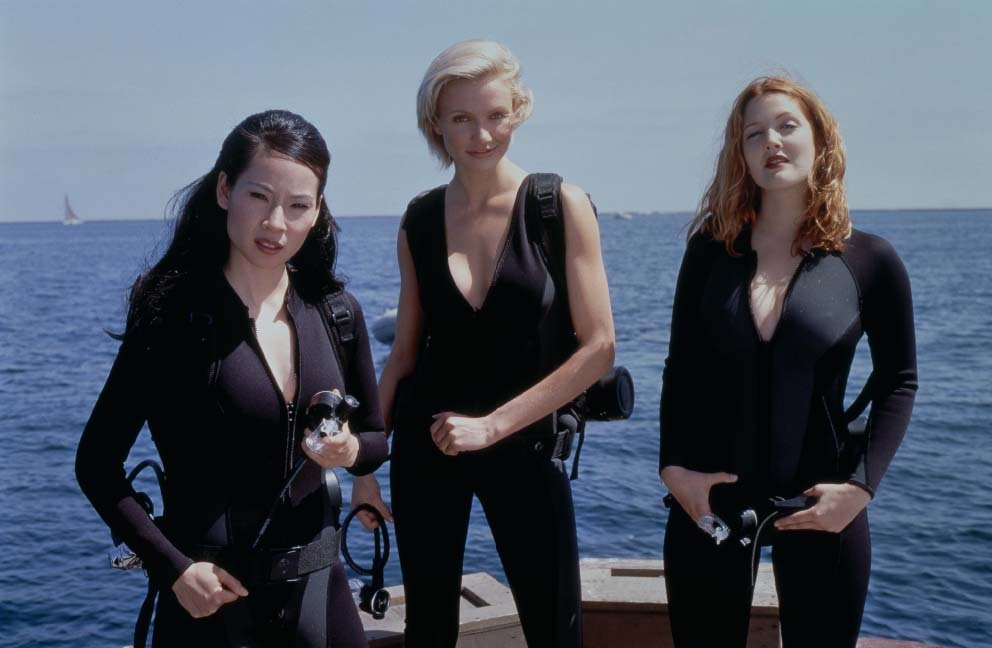 Charlie assigns the Angels to find Eric Knox (Sam Rockwell), a software genius who created a revolutionary voice-recognition system and heads his own company, Knox Enterprises. Knox is believed to have been kidnapped by Roger Corwin (Tim Curry), who runs a communications-satellite company called Redstar. The Angels infiltrate a party held by Corwin and spot a suspicious-looking man that they had previously seen from surveillance videos of Knox’s kidnapping. Dubbing him the “Thin Man” (Crispin Glover), the Angels chase him down and fight him; he gets away but the Angels find Knox, safely held nearby.After the Angels reunite Knox with his business partner Vivian Wood (Kelly Lynch) Charlie explains that they must determine whether the Thin Man has stolen Knox’s voice-recognition software. The Angels infiltrate Redstar headquarters, fool the security system, and plant a device in the central computer that will enable them to explore it remotely. They retire for the night after giving Bosley the laptop computer that communicates with the Redstar computer. Dylan takes up Knox’s offer to spend the night with him, and they end up having sex. Afterwards, Knox betrays her; simultaneously, attacks are made on Natalie and Alex, Bosley is captured by Vivian, and Corwin is murdered by the Thin Man. Knox tells Dylan his kidnapping was all faked to get the Angels to help him access the Redstar satellite network. He plans to use it along with his voice recognition software to find and kill Charlie, who Knox asserts killed his father in the Vietnam War. 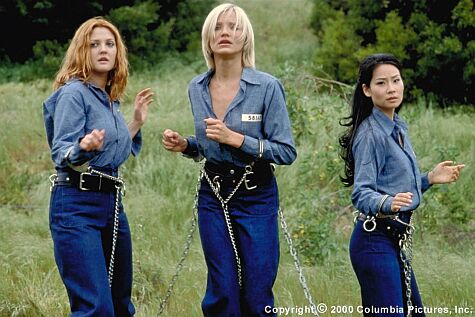 Dylan escapes and reunites with Natalie and Alex, all who survived their attacks. They approach Charlie’s offices just as the building explodes. They find a radio transmitter that Bosley is able to communicate through via a radio transmitter implanted in a tooth. Bosley provides enough information of his place of captive to allow Natalie to deduce its location, an abandoned lighthouse. With help from Dylan’s current boyfriend Chad (Tom Green) the Angels stealthily approach the lighthouse. They are too late from stopping Knox from determining Charlie’s location, but they rescue Bosley and defeat Vivian, the Thin Man, and some henchmen before Knox blows up the lighthouse. Knox flies an attack helicopter towards Charlie’s house, while Bosley helps the Angels board it. Alex reprograms the missile to have it shoot backwards, which blows up the helicopter and kills Knox while all of the Angels land safely together on the beach. 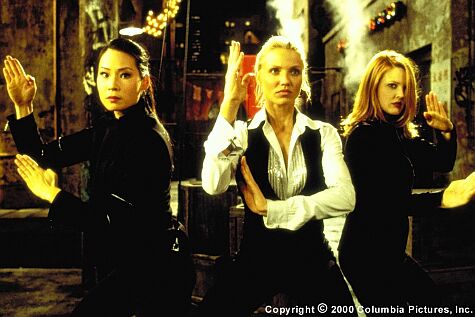 Seeing the opportunity to finally meet Charlie in person, they enter the beach house that Knox had targeted the missile at, but Charlie has already left. He remotely congratulates the Angels on a job well done through another speaker, and treats them and Bosley to a vacation. Charlie tells them that Knox’s father was undercover; however, he was discovered and he was killed by someone else but not Charlie. When he speaks to the Angels unseen again by telephone on the beach, they ask if they could ever meet him in person. Dylan then suspects that she might be seeing him nearby talking into a cell phone, but she doesn’t tell the group.There’s no intellectual challenges made in this movie’s plot, and that’s how it should be; the characters are only slightly more fleshed-out than any of the ones from the TV show, and that’s also not a bad thing – if you put too much seriousness into this kind of film, you wind up killing the roaring-good times to be had. What really makes the film work is the charisma ( & physical charms )of the 3 leading ladies, combined with well-choreographed action sequences and the tongue-in-cheek script. If you enjoy Diaz, Barrymore & Liu ( not to mention Bill Murray )when they’re on the screen, you’ll love this flick.