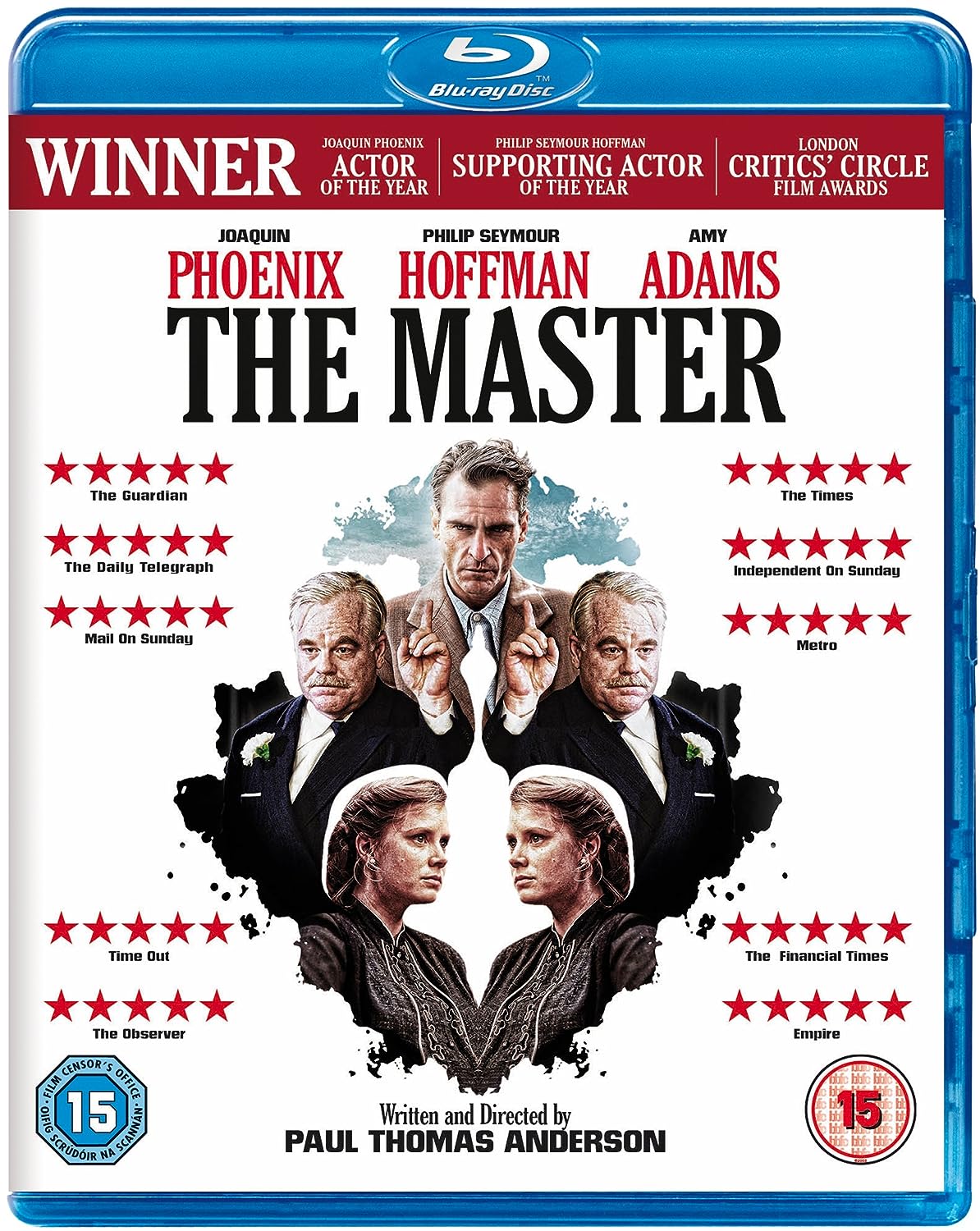 Freddie Quell is a traumatized World War II veteran, struggling to adjust to post-war society and prone to erratic behavior. While working on a farm in California, an elderly colleague collapses after drinking a batch of Freddie’s homemade moonshine. Freddie flees after he is accused of poisoning him.One night, Freddie finds himself in San Francisco, and stows away on the yacht of a follower of Lancaster Dodd, the leader of a nascent philosophical movement known as “The Cause”. When he is discovered, Dodd describes Freddie as “aberrated”, and invites him to stay and attend the marriage of his daughter, Elizabeth, as long as he will make more moonshine, which Dodd has developed a taste for. Dodd begins an exercise with Freddie called “Processing”, a flurry of disturbing psychological questions. During the exercise, Freddie reveals details of his past, including his fathers’s death, his mother’s incarceration in a mental asylum, and his incestuous sexual encounters with his aunt. He also has a flashback to a past relationship with Doris, a young woman from his hometown who Freddie promised he would one day return to. 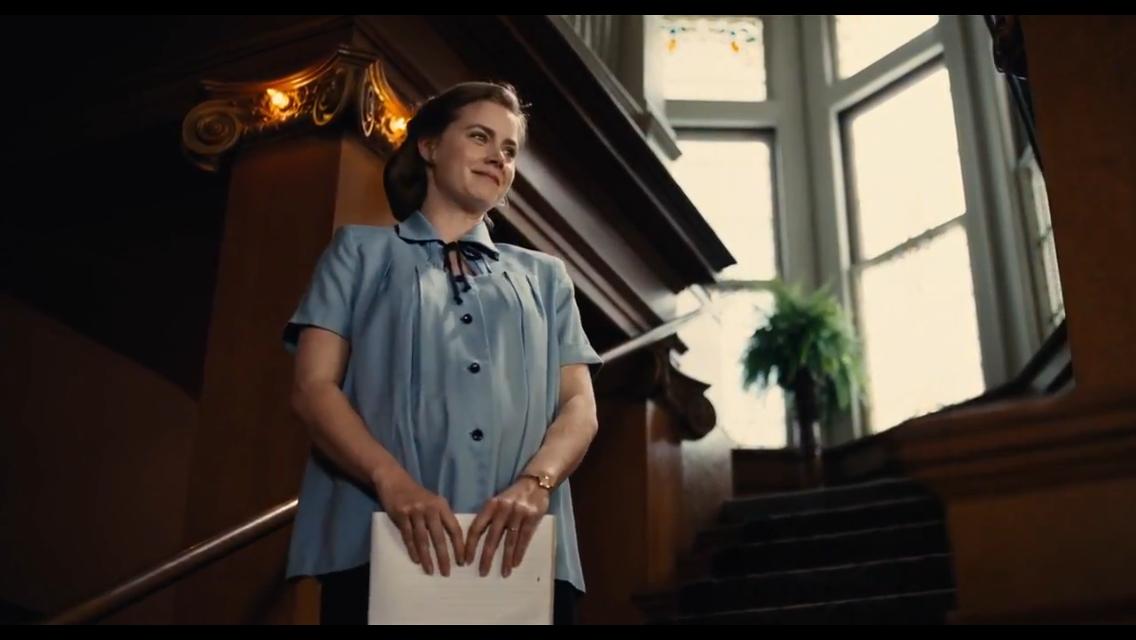 Freddie travels with Dodd’s family as they spread the teachings of “The Cause” along the East Coast. At a dinner party in New York, a man questions Dodd’s methods and statements. Dodd loses his temper, calling the man “pig fuck”, and asks him to leave. Freddie pursues him to his apartment and assaults him that night. 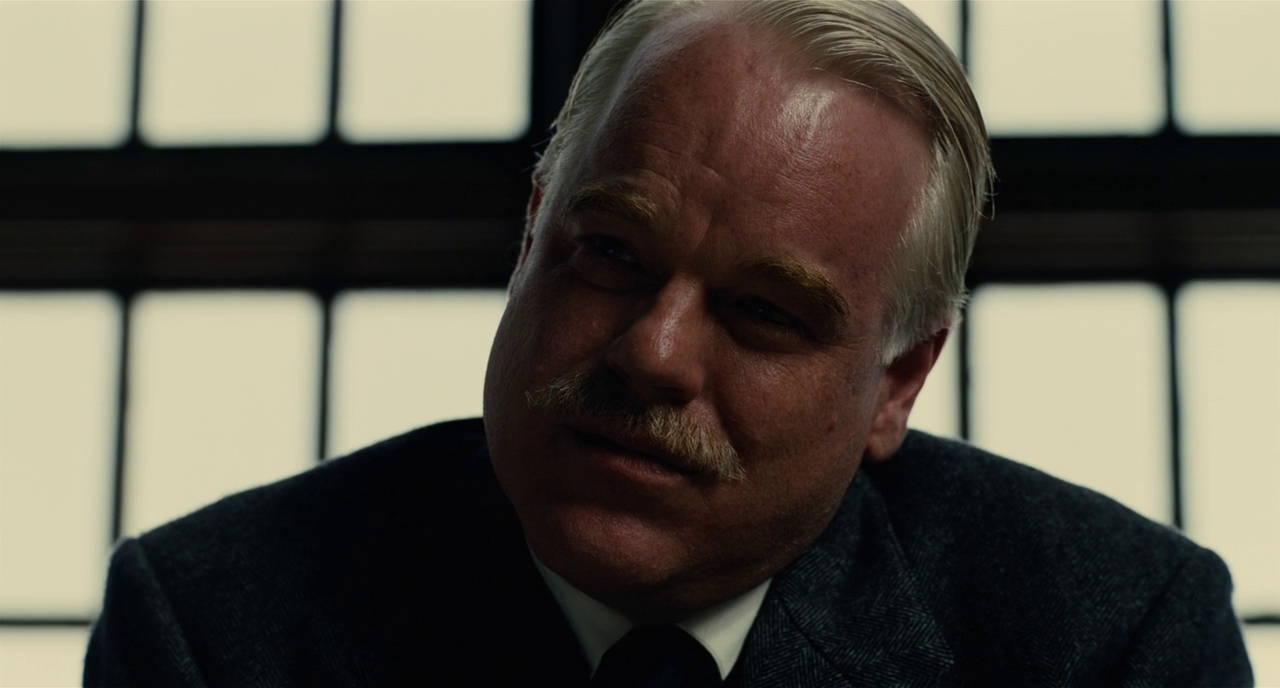 Other members of “The Cause” begin to worry about Freddie’s behavior. Freddie criticizes Dodd’s son Val for disregarding his father’s teachings, but Val tells Freddie that Dodd is making things up as he goes along. Dodd is arrested for practicing medicine without proper qualifications after one of his former hostesses has a change of heart; Freddie is also arrested for assaulting the police officers. Freddie erupts in a tirade, questioning everything that Dodd has taught him, and accuses him of being a fake. Dodd calls Freddie lazy and worthless and claims nobody likes him except for Dodd. They reconcile upon their release, but members of “The Cause” have become more suspicious and fearful of Freddie, believing him to be deranged or an undercover agent. 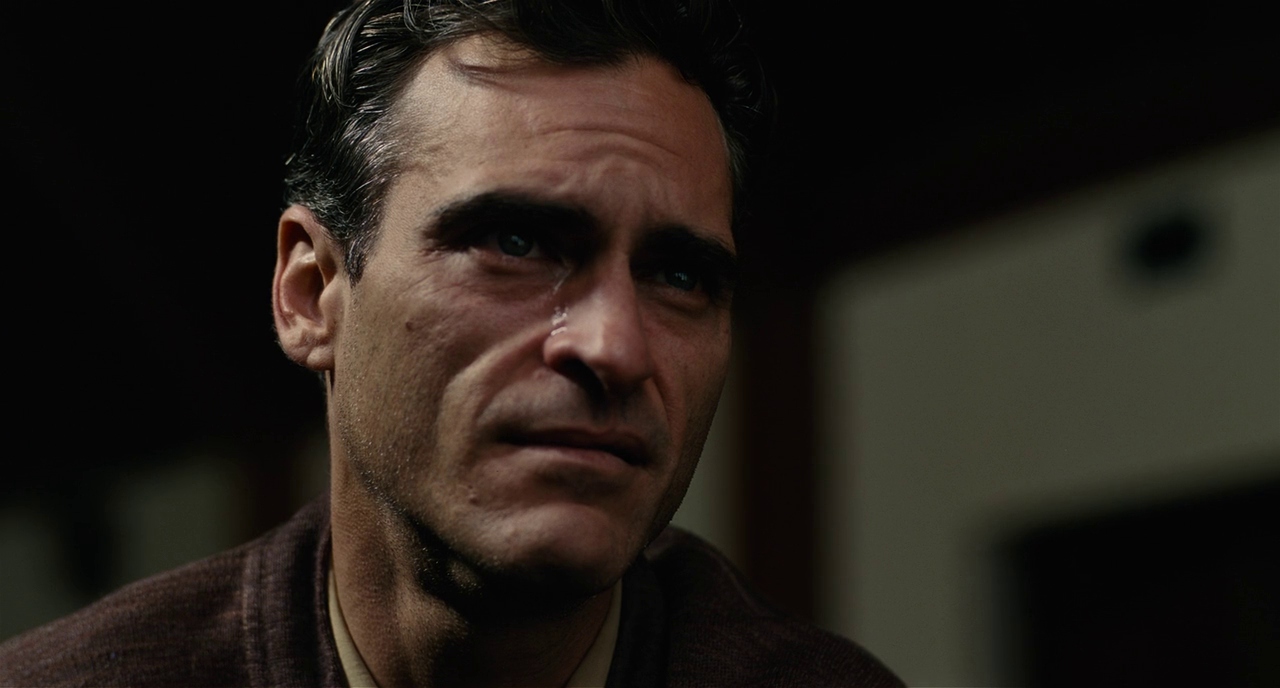 Freddie accompanies Dodd to Phoenix, for the release of Dodd’s latest book. When Dodd’s publisher criticizes the quality of the book and its teachings, Freddie assaults him. Helen Sullivan, a previously acquiescent acolyte, causes Dodd to lose his temper after she questions some details of the book. Dodd takes Freddie to a salt flat with his motorcycle, telling him to pick a point in the distance and drive towards it as fast as he can. Freddie drives off and disappears. Freddie returns home to Lynn, Massachusetts, to rekindle his relationship with Doris. Freddie learns from her mother that she has married and started a family since he last saw her. He tells her mother he is glad she is happy. 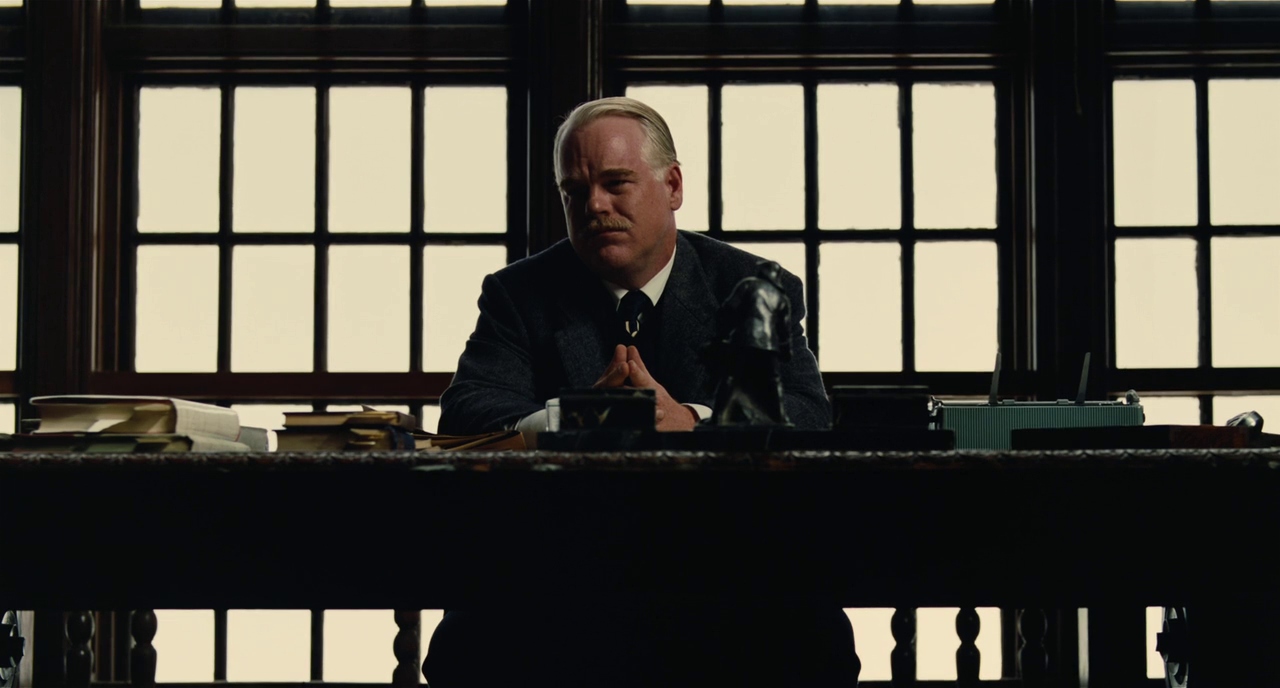 While sleeping in a movie theater, Freddie believes he receives a phone call from Dodd, who is now residing in England and begging Freddie to visit. Upon arriving, Freddie finds “The Cause” to have grown ever larger, and to find Dodd seemingly bent to the will of his wife. Not expecting Freddie to stay with him, Dodd requests that if Freddie can find a way to live without a master, any master, to “let the rest of us know” because he’ll be the first person in history to do so. Still seeking closure, Freddie refers to the Dodd from his dream, who had claimed to finally remember where they’d met. Dodd then recounts that, in a past life, they had worked in Paris to send balloons across a blockade created by Prussian forces. Dodd gives him an ultimatum: stay with “The Cause” and devote himself to it for the rest of his life or leave and never return. As Freddie offers that they may meet again in the next life, Dodd claims that if they do, it will be as sworn enemies. Dodd begins singing Slow Boat to China as Freddie begins to cry. Freddie leaves and picks up a woman at a local pub, then repeats questions from his first processing session with Dodd as he is having sex with her. On a beach, Freddie curls up next to a crude sand sculpture of a woman he and his wartime comrades erected during the war. 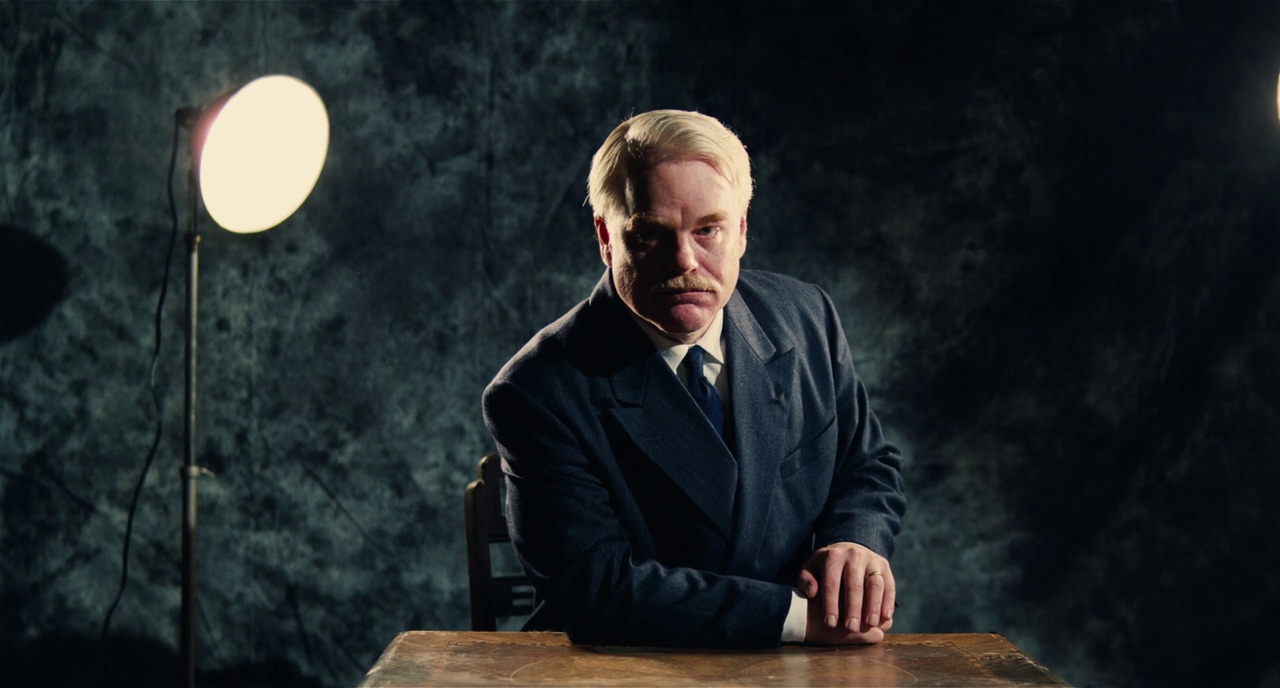 The Scientology subject is there and there are connections that can be made but are they obvious or intended? Not necessarily. It’s not evident or offensive. I only hope that Paul Thomas Anderson and the film doesn’t suffer from anyone assuming that its a slight at the group or any particular one for that matter. Though the film takes time to warm up to, once the film soars, it’s soars high. While The Master is not for everyone and there could be many detractors, there are three scenes in particular that are masterpieces in filmmaking. Anderson levels and executes a difficult subject with no fear or hesitation. He also knows his characters, what they are, who they are, and marrying the actors to them in a way not many directors can do. Anderson unites film with art again and The Master is their bond. It’s good to see them together again.