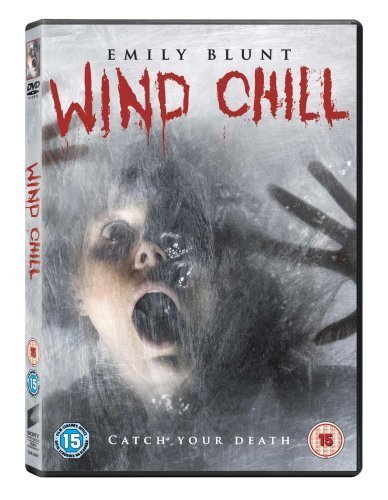 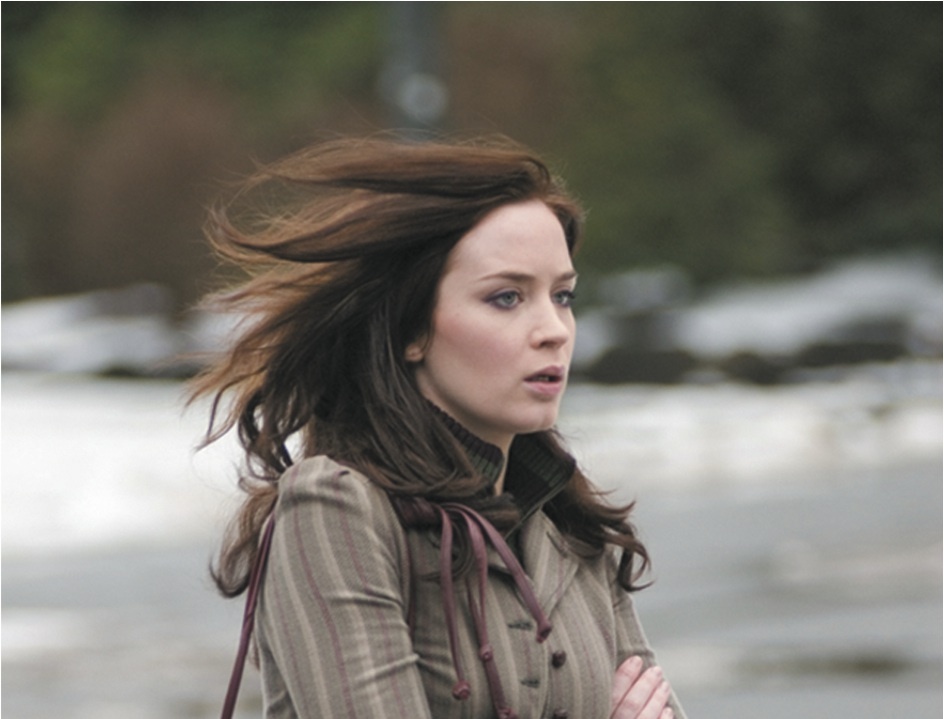 A female student (“the girl”) at a Pennsylvania university uses the campus ride share board to find a ride home to Wilmington, Delaware for Christmas. She joins a male student (“the guy”), who is driving home to Wilmington. His older car is in poor condition, with the trunk full of his possessions as he has been kicked out of his apartment. It soon becomes apparent that she is arrogant and anti-social. He seems to know quite a lot about her, stating that they have a class together, although she has never noticed him. 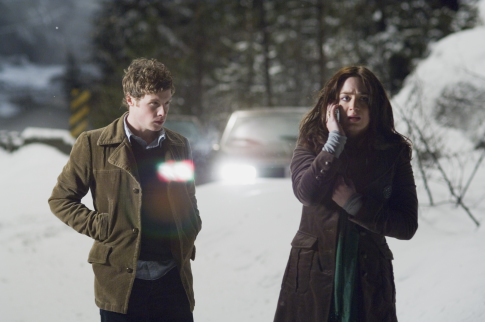 They stop at an isolated gas station, where she hears him asking the clerk for directions, although he claimed to have driven the route many times. Setting off, he soon turns off the main highway down Route 606, a lonely snow-covered road through a wooded ravine which he claims is a short cut. She tells him to return to the main highway, but he refuses. Crosses, apparently on graves, can be seen on either side of the road. 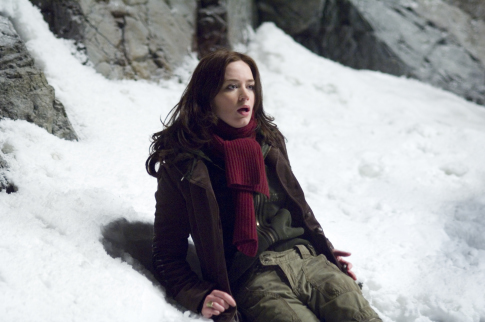 As night falls, headlights come towards them in the middle of the road. The oncoming driver does not slow down, causing the guy to swerve, half burying their car in a snow drift. The guy observes that the oncoming car, which did not stop, has left no tire tracks in the snow. While the guy walks back to the gas station, the girl sees a dark figure stagger past the car. She calls out, but it ignores her. The guy returns, saying the gas station is closed, but she does not think he has been gone long enough. Huddling in the car, the guy reveals that he had been watching her for some time. He lives ten minutes from campus, but saw her texting about the ride share in class, leading him to post the notice offering a ride to Wilmington. 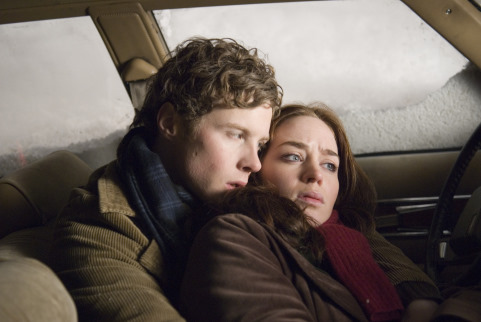 They notice a number of black-clad figures walking past the car and call after them, but they do not stop. Their faces are white and dead-looking. The guy follows them up the slope into a ruined building where they disappear. He finds frozen corpses half buried in the snow inside and also a newspaper. Meanwhile, the girl sees the lone figure again and when she touches it, burning her hand, it turns round to reveal a bloated corpse. 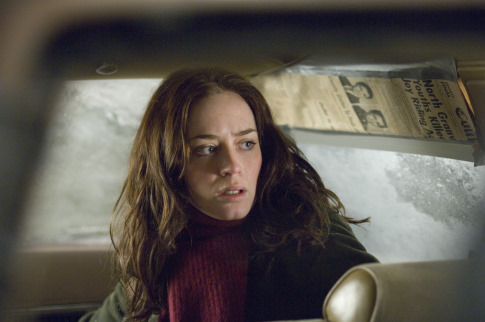 They think help has arrived when a Pennsylvania Highway Patrol officer knocks on their window. He does not seem to understand their predicament, choosing instead to believe they were “parking”. He takes the girl to the back of his patrol car, which is clearly not a modern vehicle. When he violently pushes her into the car, the guy hits the officer with a tire iron. They awaken, thinking it was all a dream, to find that the guy has the tire iron frozen to his frostbitten hands. The girl realizes that he was badly injured in the crash, and he admits that he did not reach the gas station because he started spitting up blood. The newspaper from the ruined building is dated 23 December 1953, telling of an accident in which a young couple and a police officer were killed when their cars crashed into a ravine on this road. Retired priests from a nearby home gave them the last rites. They realize that the officer is a ghost and the black-clad figures are the dead priests.The officer keeps reappearing, always heralded by Brenda Lee’s “Rockin’ Around the Christmas Tree” on the car’s radio. The girl drifts in and out of consciousness, becoming in her dreams the many other people the cop has killed. She uses the guy’s telephone, from his trunk of belongings, to call for help from the junction box on a nearby telephone pole. She reaches 911, but is not sure they could hear her. Returning to the car, she finds that the guy has died. A snow-plow driver knocks on the window. He puts her into his truck and the guy’s body on the back. While driving he tells the girl that, in the early 1950s, a corrupt cop murdered people on this stretch of road and their bodies were never found. In 1953 he ran a young couple off the road, but lost control and also died in the ravine. Frequently, around this time of year, more people die on this road. In 1963, the priests were found frozen to death in their beds.The plowman sees headlights and believes more help has arrivied. Instead, the ghostly cop runs them off the road. The truck is not stuck; but, despite the girl’s pleas, the driver gets out to help the driver of the other car. The girl follows him and the pair see the two burning cars from 1953 down the ravine. They see the priests walk down to the trapped officer, but instead of helping him they pull the microphone from his police radio, leaving him to burn to death. His burned body crawls out and touches the plowman, who instantly freezes to death. She tries to start the truck, but the officer reappears. The ghost of the guy appears and hits him with a tire iron, saving her. As dawn breaks, she awakes back in the car, with the guy’s body next to her. There is no sign of the truck. The guy’s ghost appears and leads her up the hill, through the ruined priests’ home and to the gas station, where he disappears.In an age of shock horror which has become rife in Hollywood over the past decade it nice to see a good old fashioned horror film in the fashion of say John Carpenters “The Fog” or even Peter Jackson’s “The Frighteners” which it had elements that were very similar too. A fine intelligent psychological horror film.