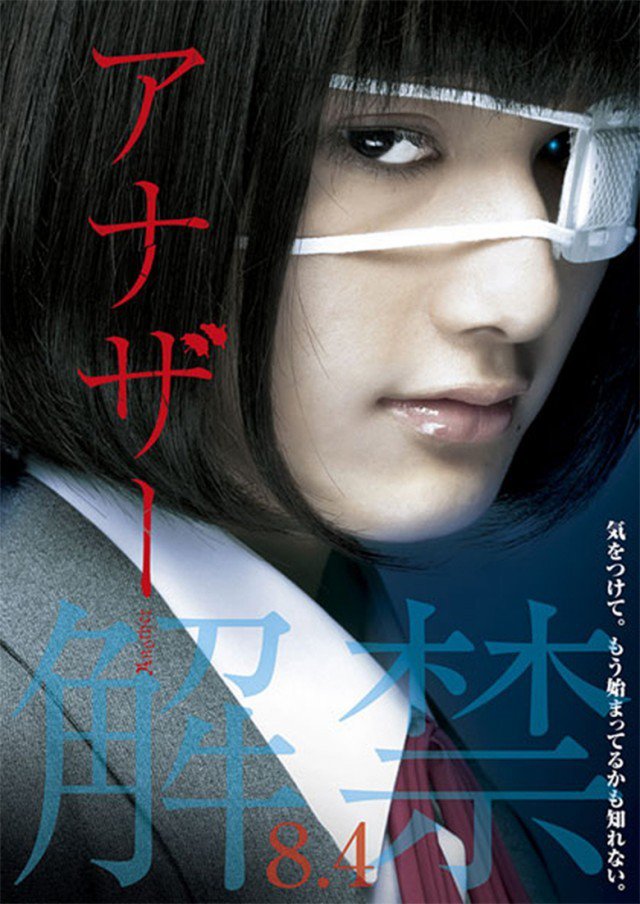 After a chain of deaths at a junior high school, new transfer student Koichi Sakakibara (Kento Yamazaki) turns to a mysterious girl (Ai Hashimoto) who holds the key to the dark mystery. In the spring of 1998, 15-year-old Koichi Sakakibara’s (Kento Yamazaki) father goes abroad and Koichi Sakakibara goes to live with his aunt Reiko Mikami (Ai Kato), who lives in a mountain region. Not long after he moves in with his aunt, he collapses from a pneumothorax attack and becomes hospitalized. One day, at the elevator in the hospital, Koichi meets a pretty girl wearing a uniform and an eye patch. Koichi just stares at her. The pretty girl says something strange and then vanishes in the hospital mortuary. After being discharged from the hospital, Koichi goes to his new school. He finds the pretty girl, Mei Misaki (Ai Hashimoto) is also in his class. Koichi doesn’t feel comfortable, because all of his classmates and even his teacher act like the girl doesn’t exist.

For those of you who have seen the anime, you will be happy to know that the movie script stays almost the same as the animation. The major scenes from the anime are duplicated in the film pretty well. Now i have seen a lot of live action anime films, and despite this one being obviously lower budget, it is still really good! The actors and actresses even though they look a lot older than middle school kids did a great job acting. I was overall satisfied with the film and would recommend it to others.