Five years after the retirement of Agent K (Jones) from MIB, the secret New York City-based agency that monitors and regulates extraterrestrials residing on Earth, Agent J (Smith)—K’s former partner and hand-picked replacement—is called to investigate the murder of an alien, Ben (Jack Kehler), at his pizzeria. The waitress, Laura Vasquez (Rosario Dawson), tells him that the murderers were Serleena (Lara Flynn Boyle), a shapeshifting Kylothian who has taken the form of a lingerie model, and her two-headed servant Scrad (Johnny Knoxville). Laura says they were looking for something called the Light of Zartha. J is strongly attracted to Laura, and in violation of MIB rules, does not neuralyze her to erase her memories of the aliens—and of him. 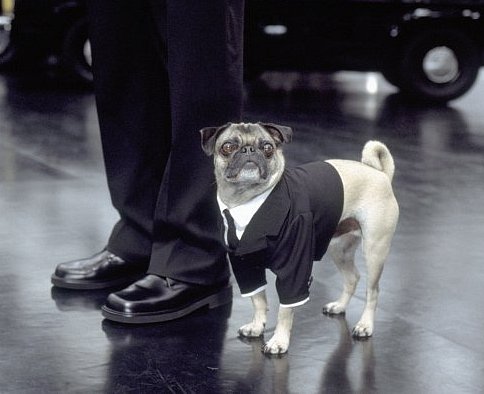 J finds that little is known about the Light of Zartha, except that it is immensely powerful. As he investigates the crime, every lead points to his mentor, Agent K—who was neuralyzed when he retired, and remembers nothing of his MIB service. In Truro, Massachusetts, where K is now the town’s postmaster, J explains this, and convinces him by proving that all of his fellow postal workers are aliens. Back in New York City, Serleena and Scrad launch an attack on MIB headquarters before K’s neuralyzation can be reversed; fortunately, Jack Jeebs (Tony Shalhoub) has an illegal deneuralyzer in his basement. K regains his memories, but it’s not enough: Years before, he neuralyzed himself, specifically to erase what he knew of the Light of Zartha, and those memories have not returned—but as a precaution, he left himself a series of clues. 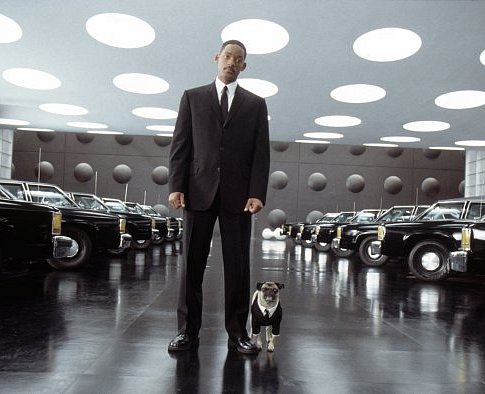 At the pizzeria, they find a locker key. J hides Laura, who fears for her safety, with the worm aliens from the first movie. The key opens a locker in Grand Central Station where a society of tiny aliens, who worship K as their deity, guard their most sacred relics: K’s wristwatch and video store membership card. K recovers both, to the aliens’ horror, but J gives them his watch as a replacement, and becomes their new deity. At the video store, as J and K watch a fictionalized story of the Light of Zartha, K remembers: The Zarthan Queen Laurana long ago entrusted MIB with safeguarding the Light from her nemesis, Serleena, who followed Laurana to Earth and killed her. After hiding the Light, K neuralyzed himself to ensure that he would never reveal its hiding place. K still cannot remember where he hid it, nor what the Light actually looks like; he does remember that it must return to Zartha soon, or both Earth and Zartha will be destroyed. 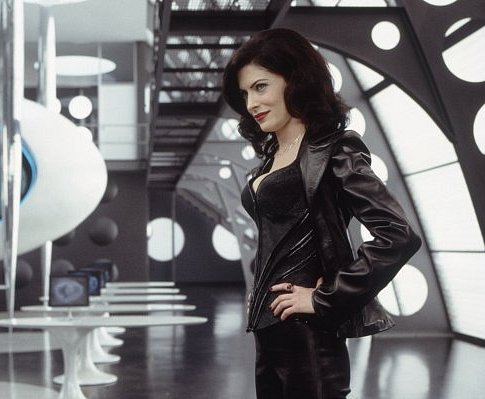 At the worms’ apartment, they find that Laura has been kidnapped by Serleena, who believes that Laura’s bracelet is the Light. J, K, and the worms counterattack MIB headquarters, freeing Laura and the other agents. Serleena attempts to retaliate but is eaten by Jeff, a gigantic worm alien living in the New York Subway. Laura’s bracelet leads J and K to the roof of a skyscraper where a ship stands ready to transport the Light back to Zartha. At last, they realize why it rains whenever Laura is sad: she is the daughter of Laurana—and is herself the Light. K convinces J and Laura that she must go to Zartha, to save both her planet and Earth from destruction. Serleena, who has assimilated Jeff and taken his form, attempts to snatch the ship carrying Laura as it lifts off, but J and K blast her out of the sky. Since all of New York City has just witnessed this battle in the skies over the metropolis, K initiates a giant neuralyzer in the torch of the Statue of Liberty. 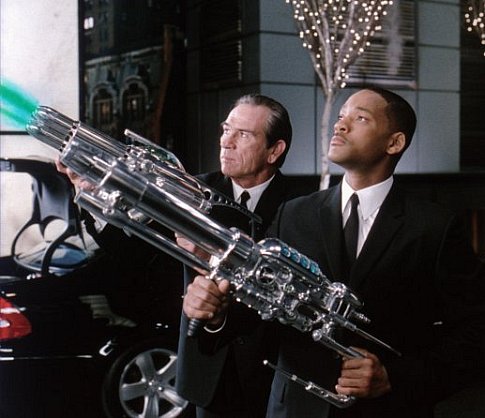 Back at headquarters, K and MIB Chief Zed (Rip Torn), hoping to cheer up a heartbroken J, have relocated the tiny locker-dwelling aliens who worship him to his MIB locker. When J suggests showing the miniature creatures that their universe is bigger than a locker, K shows J that the human universe is itself a locker within an immense alien train station. 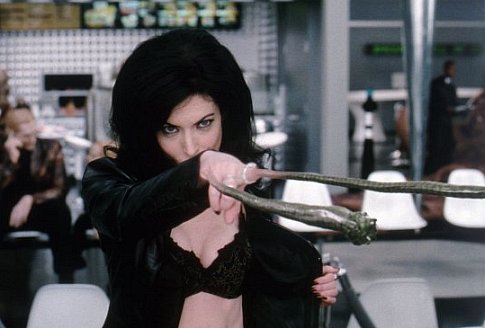 Men in Black 2 is not fantastic as the first movie, but it is a good and entertaining movie to be watched anyway