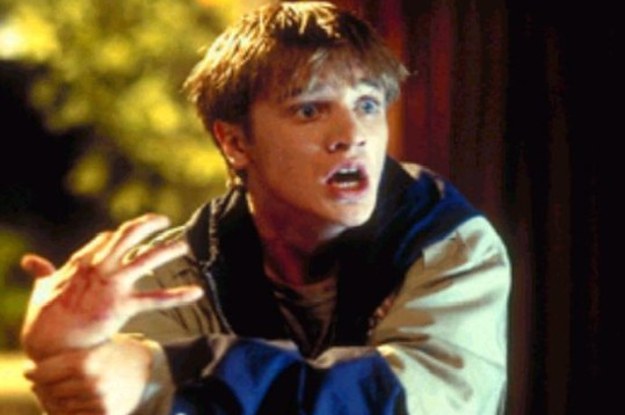 Lazy stoner teenager Anton Tobias’ (Devon Sawa) parents (Fred Willard and Connie Ray) wind up dead on Halloween, with all the clues pointing to him. After killing his best friends Pnub (Elden Henson) and Mick (Seth Green), he realizes that his right hand has become possessed. Unable to control his hand, Anton throws his cat across the street and while searching for it, he encounters his neighbor Molly (Jessica Alba) and the two start a relationship. Anton holds a funeral for his parents and friends. However, Pnub and Mick decide not to go to heaven, returning to their former bodies and rising from the grave. 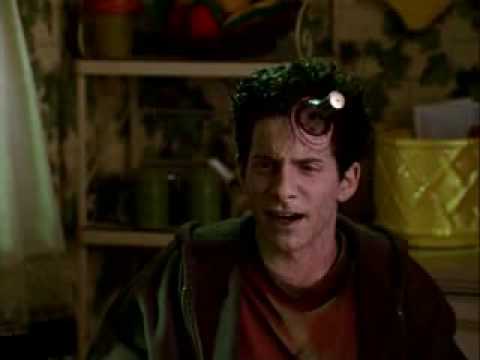 Meanwhile, a druidic high priestess named Debi LeCure (Vivica A. Fox) is hunting the spirit responsible for killings across the country. After his hand kills two cops in his living room, Anton cuts it off with a cleaver. Pnub and Mick seek out a First-Aid Kit while Anton traps the hand in a microwave, burning it. Meanwhile, Debi (now along with Randy (Jack Noseworthy), Anton’s neighbor) hunts Anton down to put a stop to the possessed hand. After sending Molly to the school dance, Anton returns home to finish off the hand. Unfortunately Pnub and Mick inadvertently release the hand. The three then steal Randy’s truck and head to the school. Mick and Pnub go to the Halloween dance to watch over Molly, while Anton looks for the hand. Randy and Debi meet up with Anton. Debi explains that the hand will drag Molly’s soul into the netherworld. Anton crashes the dance and tries to warn everyone about his hand, but is ignored.

The hand then scalps the band’s lead singer (Dexter Holland of The Offspring) and causes a panic. Molly and her friend Tanya (Katie Wright) escape through the vents. They attempt to go through a fan, which they have stopped with Tanya’s shoe, but Tanya gets hung on the rope, Molly tries to pulls Tanya off the fan and Anton’s hand ends up removing Tanya’s shoe, allowing her to be pulled to her death in the fan. Molly then runs into the art room, causing her to get knocked out. Anton enters and fights with the hand while it is inside a puppet but it escapes to the autoshop, where Molly is strapped to a car in her bra and underwear, being raised toward the ceiling. Anton, Mick & Pnub fight with the hand over the controls. Mick finds a mechanic’s bong and he and Pnub smoke “for strength”. Anton blows some smoke into the hand (still inside a hand-puppet) until it drops the controls and they save Molly. Debi throws a ritual knife into the hand, stopping it in a puff of smoke and fire. She and Randy take off for “ritualistic sex.” Anton releases Molly from the top of the car, they go under the car and start making out. In the process of lighting the bong for Mick, Pnub accidentally hits the controls for the car, and Anton is crushed by the car.

In the film’s conclusion, Anton is in a body-cast in the hospital, having given up heaven to stay with Molly, and Mick and Pnub are now his Guardian Angels.

An amazing and unique combination of horror and comedy that is a must see and a must own. The scare’s and the laugh’s are inventive and well suited. This film rightfully earned it’s place as one of my favourite movies of all time