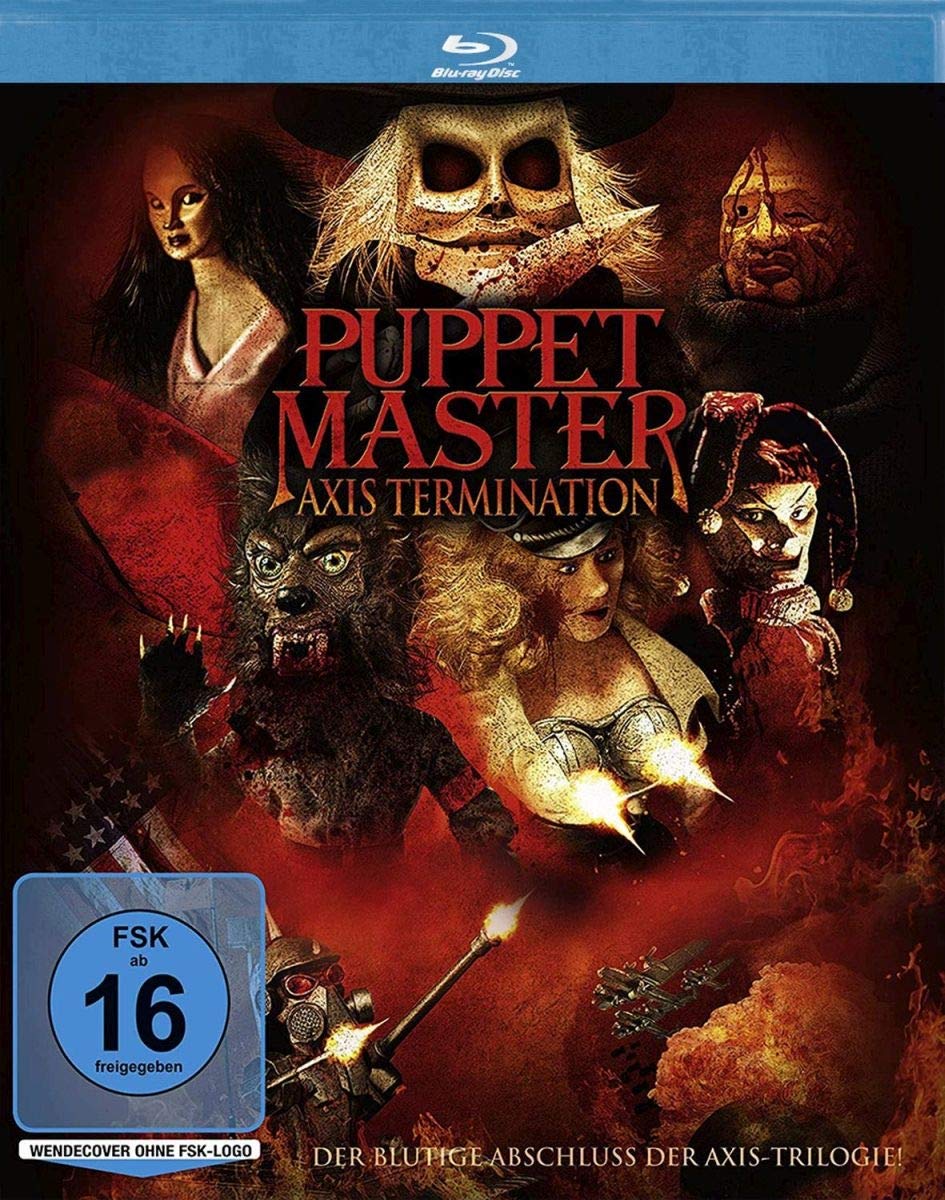 Meanwhile, the Axis has a special unit dedicated to investigating magic, led by Sturmbahnfurher Krabke (Kevin Scott Allen) and Doktor Gerde Ernst (Tonya Kay, Evil Bong 666). The evildoers have already found success with puppets of their own – machine gun-breasted Bombshell, Nazi werewolf Weremacht, and robo-tank Blitzkreig – claiming several American lives in the process. Even for a long-running series about killer puppets, writer Roger Barron’s (Trophy Heads) decision to introduce magic to the plot is a curious one. A glowing, green serum gives the puppets life, paying homage to Re-Animator (which was produced by Band), while one of the Nazis (Lilou Vos) administers it via syringes in place of her fingers; a nod to A Nightmare on Elm Street 3: Dream Warriors. David DeCoteau, who directed several Puppet Master films, makes a cameo as “Flamboyant Nazi #1.” Several other Nazi extras are played by fans who purchased roles via the film’s crowdfunding campaign.

Pulling off a period piece on a low budget is no easy feat, and Axis Termination struggles with such limitations throughout its 75-minute runtime. The acting is over the top across the board, wrought with inconsistent accents. Thankfully, director of photography Howard Wexler’s (The Brotherhood, Trophy Heads) colorful, giallo-inspired lighting, coupled with the score by Richard Band (Puppet Master, Re-Animator), help to distract from the otherwise-lacking production value. The puppets are a bit more active than in the previous couple of movies, courtesy of Tom Devlin (Poultrygeist: Night of the Chicken Dead) and his 1313FX. Band attempts to further combat complaints that the puppets were barely animated in latter entries by shooting actors in puppet costumes against a green screen and then inserting them into the frame. It nearly works in quick shots, but it’s jarring in others. Axis Termination also offers more action and bloodshed than the average Puppet Master movie, although there’s some cartoony digital blood.

Despite being established as a trilogy within the larger franchise, there’s not much of a through-line in the three Axis films, all of which were penned by different writers. Other than Kip Canyon and Jean Louise O’Sullivan – the leads from the previous film who briefly reprise their roles as Danny and Beth, respectively – all of Axis Termination’s human characters, both protagonists and antagonists, are new to the universe. But I suppose no one is watching the eleventh Puppet Master movie for nuanced character arcs. Puppet Master: Axis Termination proves that the cult classic series still has some vitality left, even on a shoestring budget, so long as it’s not rushed. With the Axis saga closed, it will be interesting to see where Band and company take the franchise next. A (slightly) higher-budgeted reboot, Puppet Master: The Littlest Reich, is currently in post-production, which Band allegedly allowed only under the agreement that he could continue his series as well. Yes, we will soon be blessed with two concurrent Puppet Master franchises. What a time to be alive.