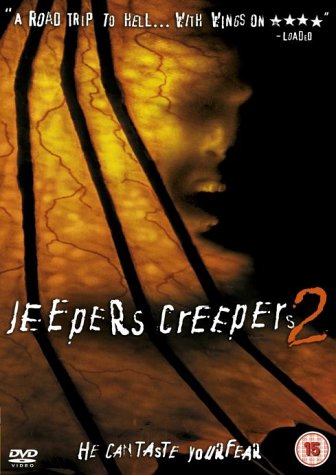 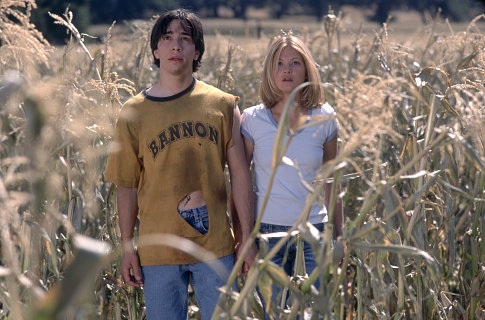 On its twenty-second day of feeding, the Creeper, disguised as a scarecrow, abducts young Billy Taggart in front of his father Jack and elder brother Jack Jr. The next day, a school bus carrying a high school basketball team and cheerleaders suffers a blowout, after one of the wheels is hit by a hand-crafted shuriken (throwing star) made out of bone. Cheerleader Minxie has a vision of Billy and Darry Jenner, the Creeper’s victim from the first film, who attempt to warn her about the Creeper, before he blows out another tire, disabling the bus. With the party stranded, the Creeper abducts the coaches and the bus driver. When he returns he singles out several of the students, including: Dante, Jake, Scotty, Bucky, and Double D. Minxie has another vision in which Darry explains that every twenty-third spring, for twenty-three days, the creature emerges from hibernation to eat humans. 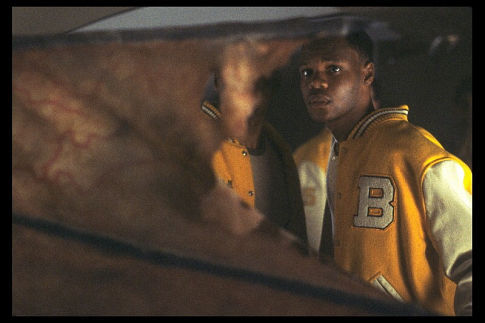 After hearing several police reports, the Taggarts go hunting for the Creeper and make radio contact with the school bus. The Creeper attacks Bucky but Rhonda impales him through the head with a javeline. He then kills Dante, and uses his severed head as a replacement for its own. The students leave the bus, but when the Creeper returns, they are chased into a field, where the Creeper kills Jake and takes Scotty. After the Creeper attacks Bucky on the bus again, Taggart shoots it with a home-made harpoon; but the Creeper manages to escape and flips the truck. Izzy, Rhonda, and Double D attempt to escape in a truck and are chased by the Creeper, causing the vehicle to crash. Despite missing an arm and leg, the Creeper continues to pursue Double D until Taggart arrives and shoots it in the head with the harpoon. Taggart repeatedly stabs the Creeper in the chest but the creature goes into a hibernation state before it can die. Twenty-three years later, a group of teenagers drive to Taggart’s farm, where the Creeper is a sideshow attraction, and see Taggart watching it with the harpoon at his side. When they ask him if he is waiting for something, Taggart looks up at the Creeper and says, “About three more days, give or take a day or two.” 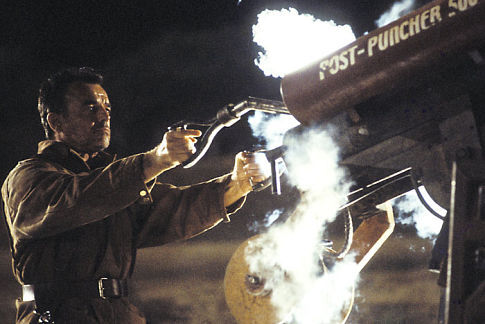 Victor Salva makes great use of the ‘surprise element’. All the characters in Jeepers Creepers are equally meaningless so you never really know who will get killed next. Even the most popular jock, the most innocent child or the cutest girl can die at any time and this results in an exiting drop-out race of which you don’t want to miss a second. The film is not as gory as you might think and the stress is more laid on tension. Salva and his crew use the remote location to the fullest and the film contains eerie shots of wide cornfields and roads with no chance for shelter. The cast of young and inexperienced kids do a fairly good job. The only familiar face in Jeepers Creepers 2 is Ray Wise (from the cult series ‘Twin Peaks’). This film will never be a classic but at least its entertaining horror without much pretension.