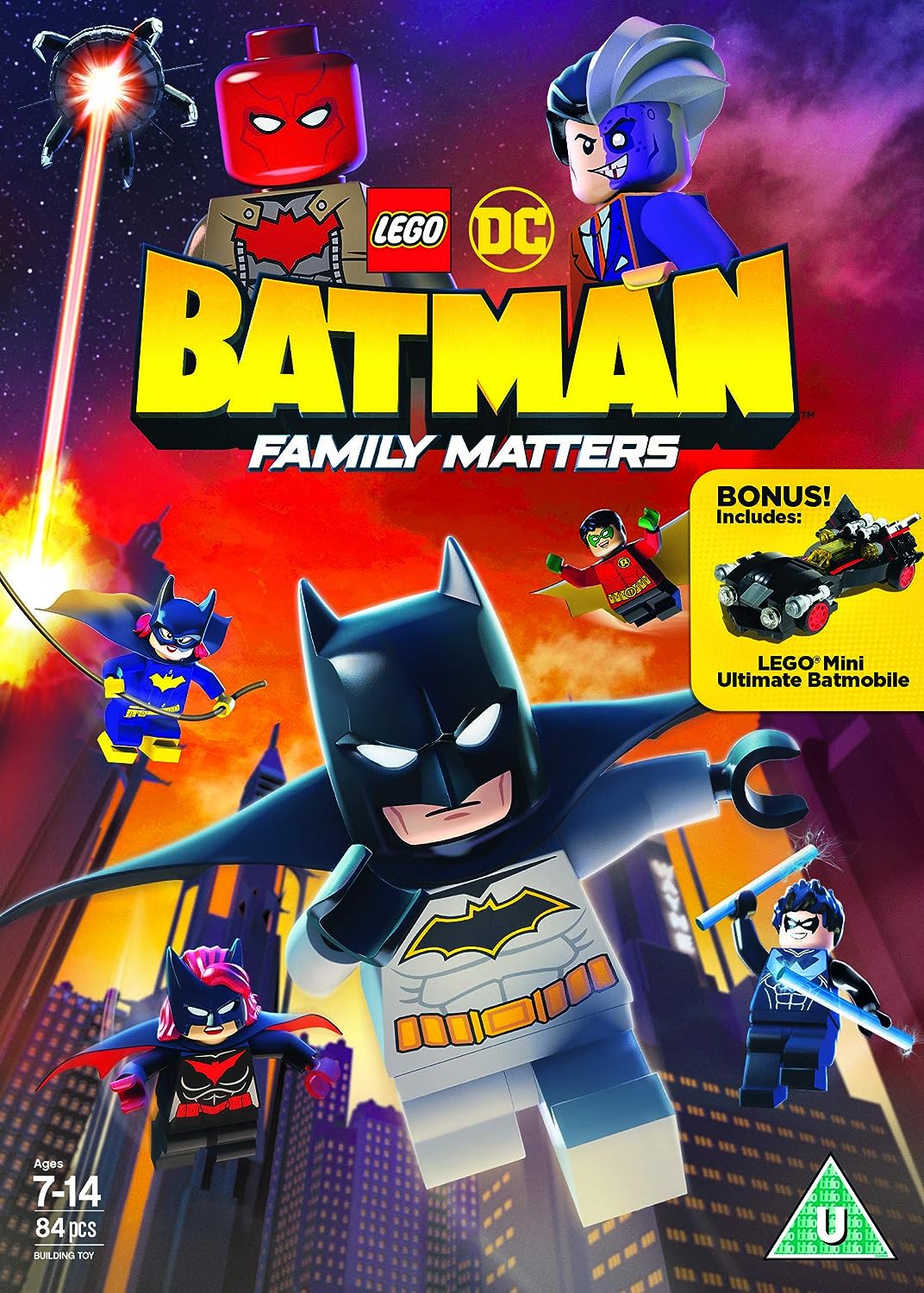 After being bored with a board meeting after stopping Solomon Grundy from stealing a magic staff, Bruce Wayne puts a new machine, Brother Eye, in charge, as he proceeds to sell Wayne Tech. However, this leads to Two-Face buying the company, and plotting to use Brother Eye to take other Gotham and destroy both Batman and Bruce Wayne. Also, Red Hood has arrived to challenge the Bat Family.While some people may not like this, this is actually a good film for kids who are not yet ready for films like the ones in the DCEU or the Dark Knight Trilogy. As a result of this being a Lego DC movie, they did change Red Hood’s origin story to be more kid-friendly, however, seeing as the Lego DC films are part of their own continuity, it should not be a problem. Also, the movie has some good references to classic Batman shows and cartoons (one scene has the bat poles from the 1966 Batman series, complete with automatic suit up, and another scene has a Grey Ghost playing as Batman and Two-Face duel with swords, a neat reference to the episode from Batman: The Animated Series).However, there can be some annoying things (Nightwing and Batgirl keep bringing up a missed text that got them on non-speaking terms, which they never shut up about), but this is a good DTV movie and one that is perfect for younger kids or anyone into Lego or superheroes.