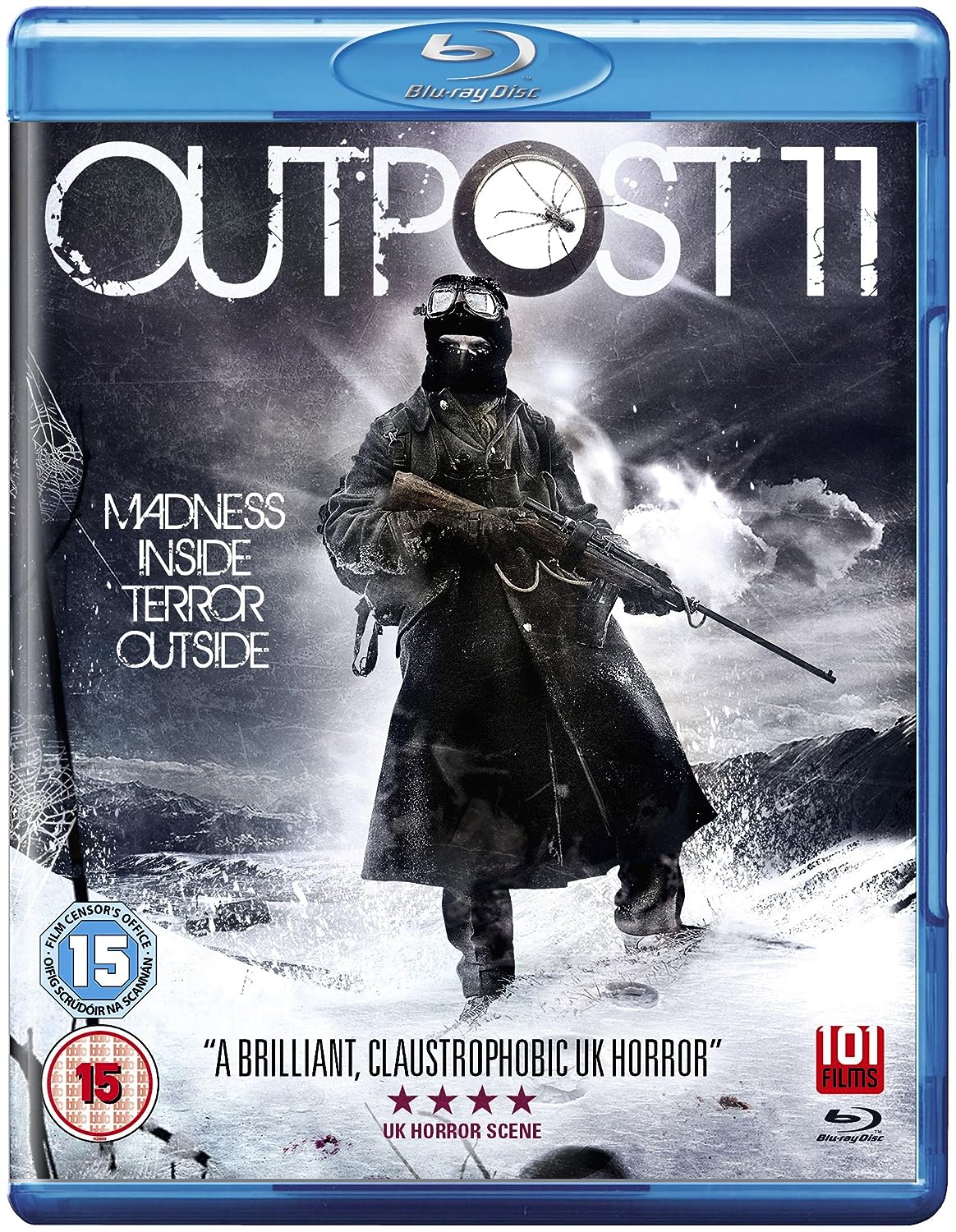 Set in an alternative past where steam power still rules the world, outpost 11 is the story of three soldiers manning a remote listening post in the Arctic Circle. One day the warning light goes off unexpectedly and their world is plunged into chaos. Albert , Mason, Graham must fight the isolation, madness and arctic spiders to survive.

I love alternate histories and this film started with a very cool premise. The second 100 years war has raged on into the current year, 1955. There is a stalemate between the British and Prussian forces that has lasted for decades. Far from the front lines and deep into the Arctic Circle, an isolated British Outpost intercepts enemy transmissions and works on forbidden science. How cool is that for a hook? Oh yeah, everything is steam driven in this reality so, hey, I figured some nifty steam punk stuff…nope.

I’m far from an expert, but the film seems fairly well produced (other than one completely lame animatronic like spider that looks like a fugitive from a 60s Sinbad movie) and is visually appealing. The characters are stock clichés for the most part but still, the film spends most of its time trying to build characterization. Granted this does keep the budget low, and the plot is about a slow descent into madness due to some sort of physic attack presumably from the Prussians, but overall it drags up to the last few minutes where it fails to deliver any punch at all. In the first part of the film, there is a feeling of anticipation and the suspense that comes along with it, but that slowly morphs into just plain tediousness. This tediousness continues at a slightly increasing pace until it impacts into a puzzling conclusion. Lots of gaps and holes along the way.  I can’t really say that this film was a waste of my time, but it was not time well spent either…and I’m pretty easy to please.