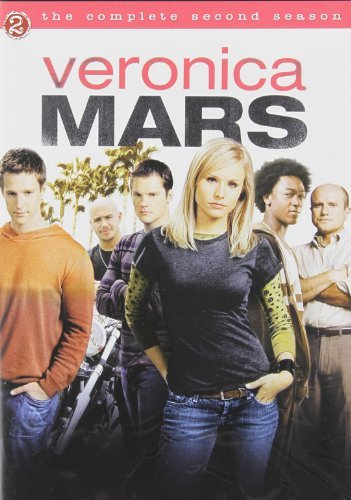 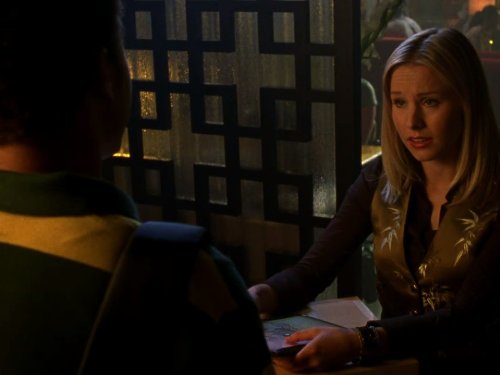 The central arcs of Veronica Mars’ first season were all intensely personal: Veronica being abandoned by her mother, not to mention every one of her former friends, roofie-fueled date rape at a party a year earlier, and the brutal murder of her closest friend, Lilly Kane. How do you follow up a season like that? t’d be nearly impossible to craft another set of stories that’d resonate in quite that same way without retreading familiar ground, so season two of Veronica Mars takes a different approach, shifting the focus away from our plucky junior detective and more towards the sticky underbelly of Neptune, California as a whole. 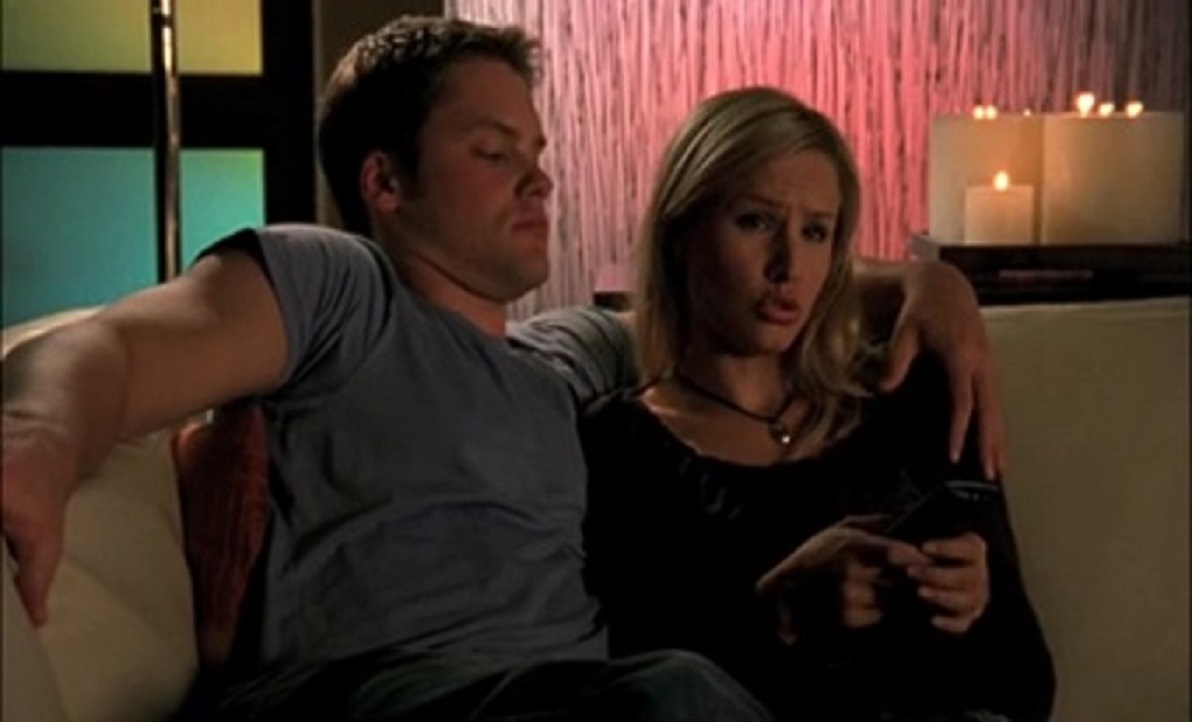 Mayoral candidate Woody Goodman (Steve Guttenberg) has a vision for the glorified country club that is Neptune. Incorporating Neptune would have a Tide with Bleach effect, making the whites whiter and the rich richer as property values are boosted and less desirable elements are rezoned onto someone else’s doorstep. Woody’s plan is announced as the tensions between the haves and have-nots are already boiling over in Neptune.Logan Echols, the cocky son of an aging Hollywood action hero, has walked away unscathed from accusations of stabbing a Hispanic biker to death, prompting a series of vicious attacks from both sides. 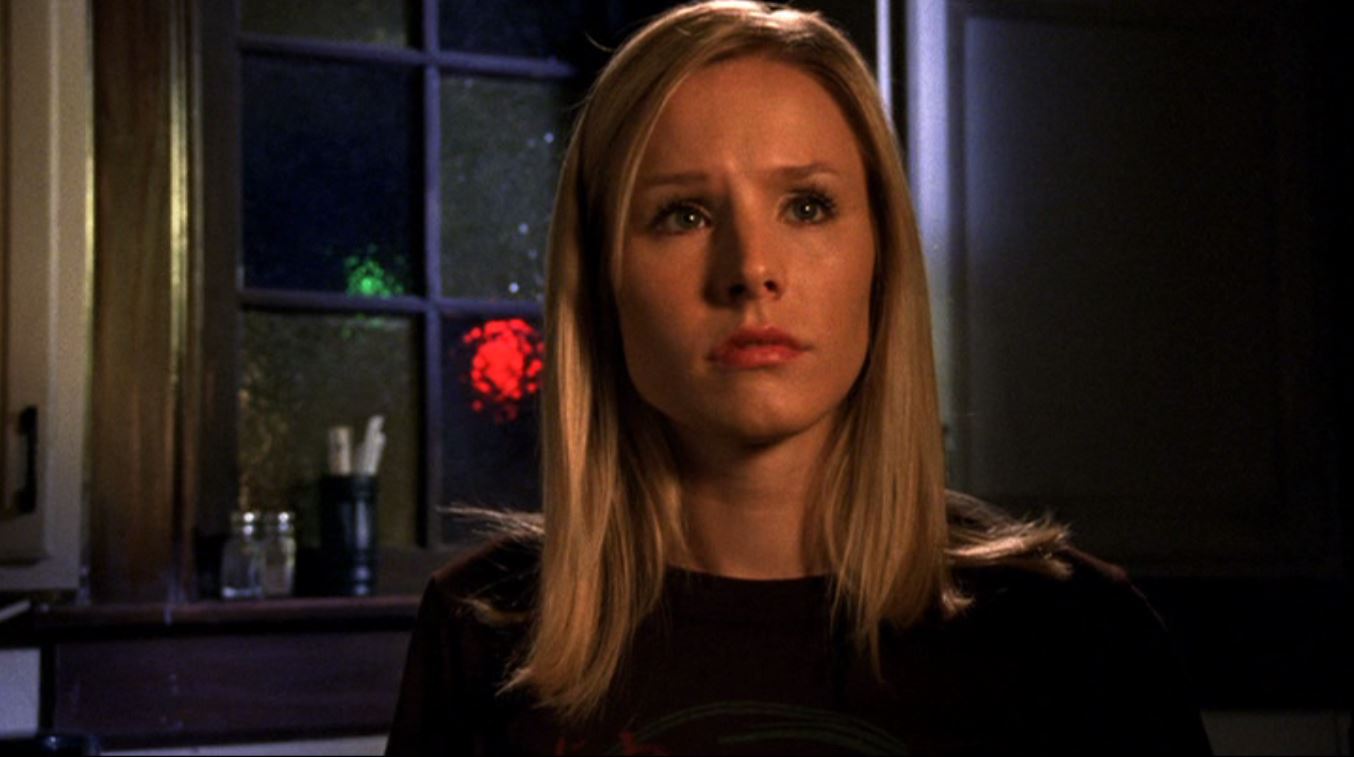 The stark differences between the classes are also apparent after a school-sponsored trip; the rich kids hop in a limo and ride back in style, and the not-so-privileged cram into a rank schoolbus and careen off the side of a cliff. The town is torn apart by the tragedy, and Veronica, who’d barely missed the bus and was very nearly among the dead, is determined to find out if the crash was a terrible accident, suicide, or something much more ominous.Image result for veronica mars driver edIt’s a hectic season, with a bus crash, two murder trials, class-slash-racial tensions throughout Neptune, a sheriff race, the possibility of Neptune incorporating, the ambiguity about Wallace’s family life, a coma-baby, Beaver following in his shamed father’s footsteps as he tries to get his own real estate endeavour off the ground, the strife former baseball star Terrence Cook and his overbearing daughter Jackie (Tessa Thompson) bring to Neptune, the newly-introduced clan of Irish drug-peddlers known as the Fitzpatricks, and the machinations of Dick and Beaver’s scheming stepmother Kendall (Charisma Carpenter). 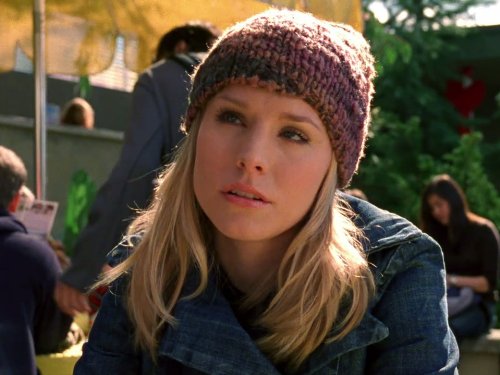 There’s enough to follow The season plays a lot better on DVD; it’s easier to keep the scores of characters and plot points fresh in the mind over the course of a few days as opposed to the better part of a year.