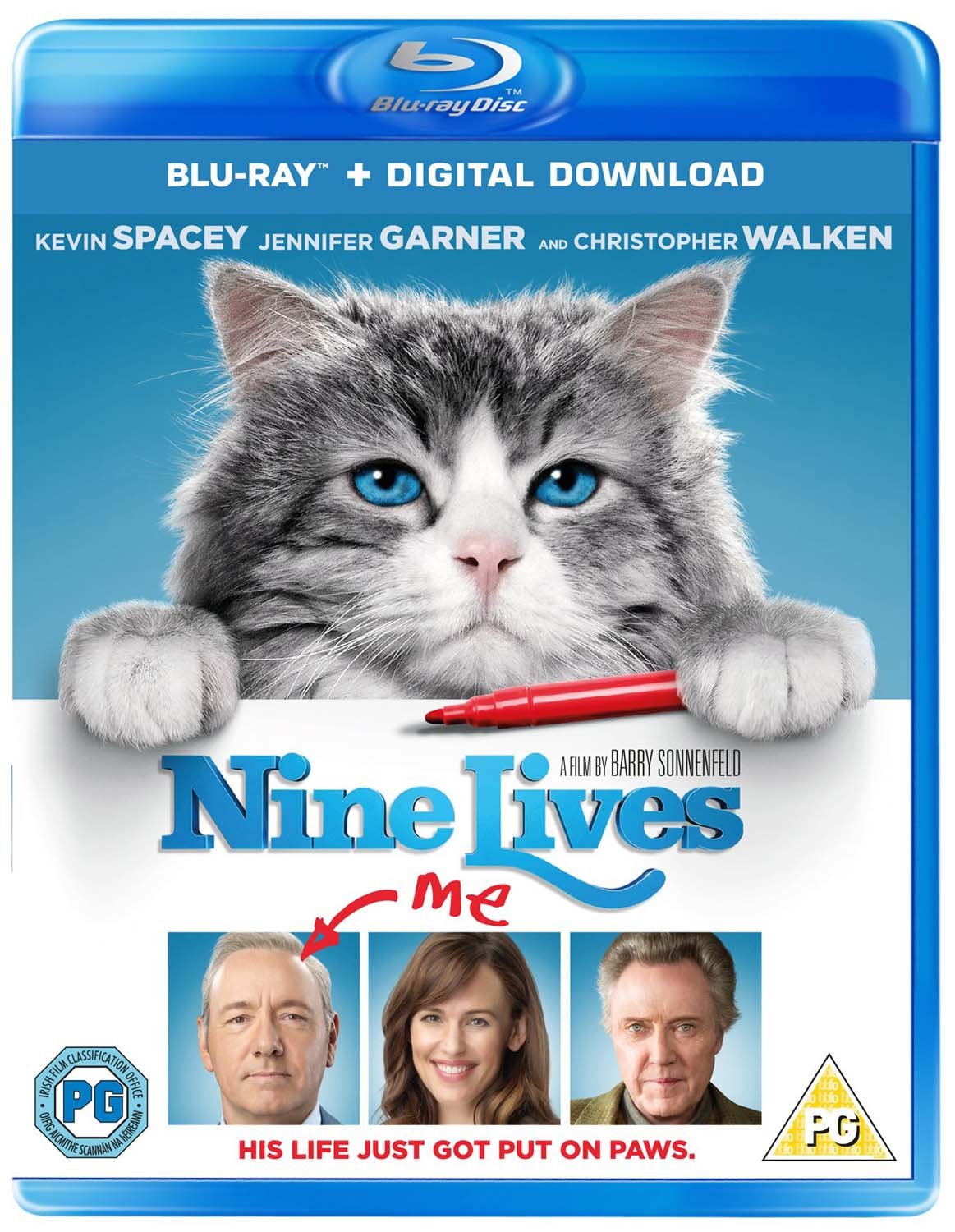 Tom Brand (Kevin Spacey) is a major business tycoon in New York City whose workaholic attitude ruined his first marriage with Madison (Cheryl Hines) and caused a rift between him and his adult son David (Robbie Amell), who now works for him and strives for his approval. He now lives with his second wife Lara (Jennifer Garner), who is a little more tolerant of the fact that he is never at home, and his daughter Rebecca (Malina Weissman). His eponymous company FireBrand is nearing completion on its greatest achievement to date: the tallest skyscraper in the northern hemisphere that will be the new headquarters. In the opening scene, he skydives out of a plane and lands on the top of the new skyscraper. His son, who is his assistant, remains in the plane, refusing to jump.Rebecca’s 11th birthday is coming and she has always wanted a cat, but Tom has always refused as he hates cats. Not wanting to disappoint her, he rushes to get a last-minute present for his daughter’s birthday, but as he is distracted, the GPS redirects him to a mysterious pet store called Purrkins Pet Shop, brimming with odd and exotic cats. The store’s eccentric owner Felix Perkins (Christopher Walken) tells him he does not pick the cat, the cat picks him. The tomcat that picks him is called Mr. Fuzzypants, who, Perkins says, has used up seven of his nine lives. Tom buys the cat.Tom is on his way home for the party when he decides to see Ian Cox (Mark Consuelos), one of the top managers of the company in charge of the new building, and learns that another building in Chicago will be taller. They have an argument while on the roof that ends with Brand firing Cox, but lightning strikes the antenna. Brand is blown off the building along with the cat, and without any effort from Cox to save him, he plummets off the side of the skyscraper, but his leg gets snagged on some stray equipment and gets flung back inside through a window as he passes out. When he wakes up, he realizes that his human body is in the hospital in a state of coma, and his consciousness is trapped inside the cat’s body. 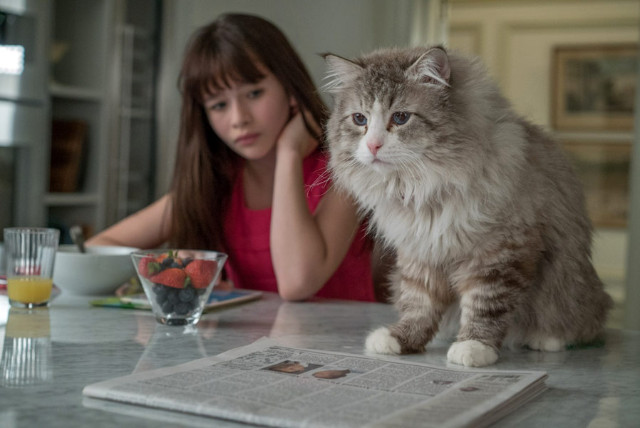 Felix goes to visit Tom. He is able to talk to him and knows what happened. He is told by Felix that he must reevaluate his priorities, connect with his family, and avoid past mistakes within one week or else be stuck as a cat forever. Lara and Rebecca take him home. Mr. Fuzzypants acts in an odd and stubborn way to try to convince his wife and daughter that he is actually Tom. This only drives them mad and he slowly comes to see how much he has ignored his family. He believes that his wife Laura was having an affair with Josh Myers (a model) and they had been looking at houses together as a prelude to divorcing him. This motivates him to try to make her happy. He also learns that Ian is trying to make the company public with the help of the board of directors to take power from Tom, even though David is trying to stop him. Ian has David fired from the company and plans to announce that the company will be sold at the party for the new tower opening. 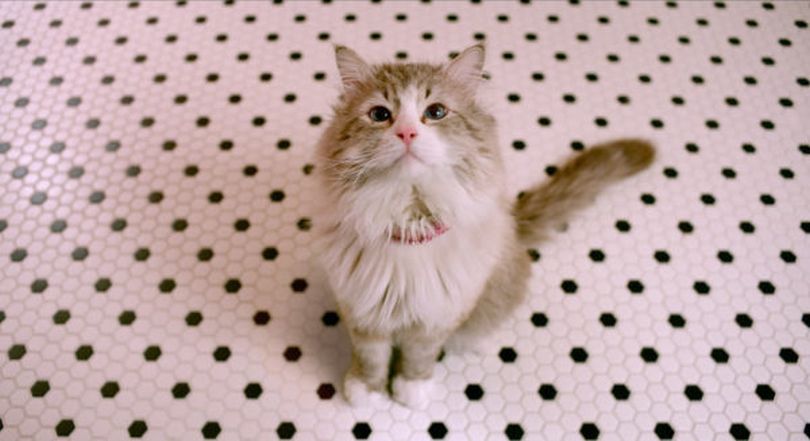 Eventually, Rebecca realizes that Mr. Fuzzypants is really her father. Meanwhile, Tom’s body is in crisis at the hospital and Lara, David, and Rebecca all go there. Rebecca has the cat hidden in her backpack. In a moment alone, David tells Tom that he is sorry he failed to save the company and he takes Tom’s ID badge. It is implied that David plans to commit suicide at the tower. At the hospital, Lara and Dr. Cole plan to disconnect Tom’s respirator and let him die. Rebecca calls to the cat to come prove he’s really Tom, but Tom remembers what Mr. Perkins said about love being sacrifice and decides to go after David instead, knowing that his human body will die and he will be trapped as a cat forever.

At the tower, David jumps off the building and the cat jumps after him pulling a cable. It is then revealed that David is wearing a BASE jumping parachute. He lands in the middle of the party, presents the articles of incorporation of the company, and announces that he now controls his father’s 51% of the stock. He says the company will remain a family company and fires Ian. Although the cat is not seen landing, Tom wakes up from his coma just in time to see David’s announcement on the television. Meanwhile, Ian passes Mr. Perkins who tells him to hang up his cell phone. Ian ignores him, but is then hit by a car, and his consciousness transfers into a cat that Mr. Perkins takes back to his shop. Tom and Rebecca return to Perkins where Tom asks if he has any dogs. Perkins says he does not, but presents Mr. Fuzzypants, who has one life left. 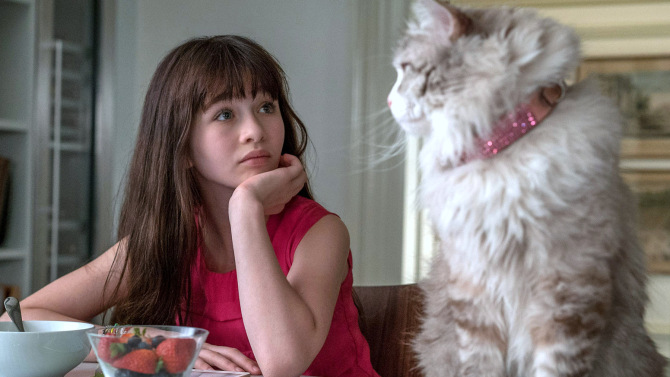 This movie is definitely for cat lovers, children with pets, and adults who just need a light-hearted escapism