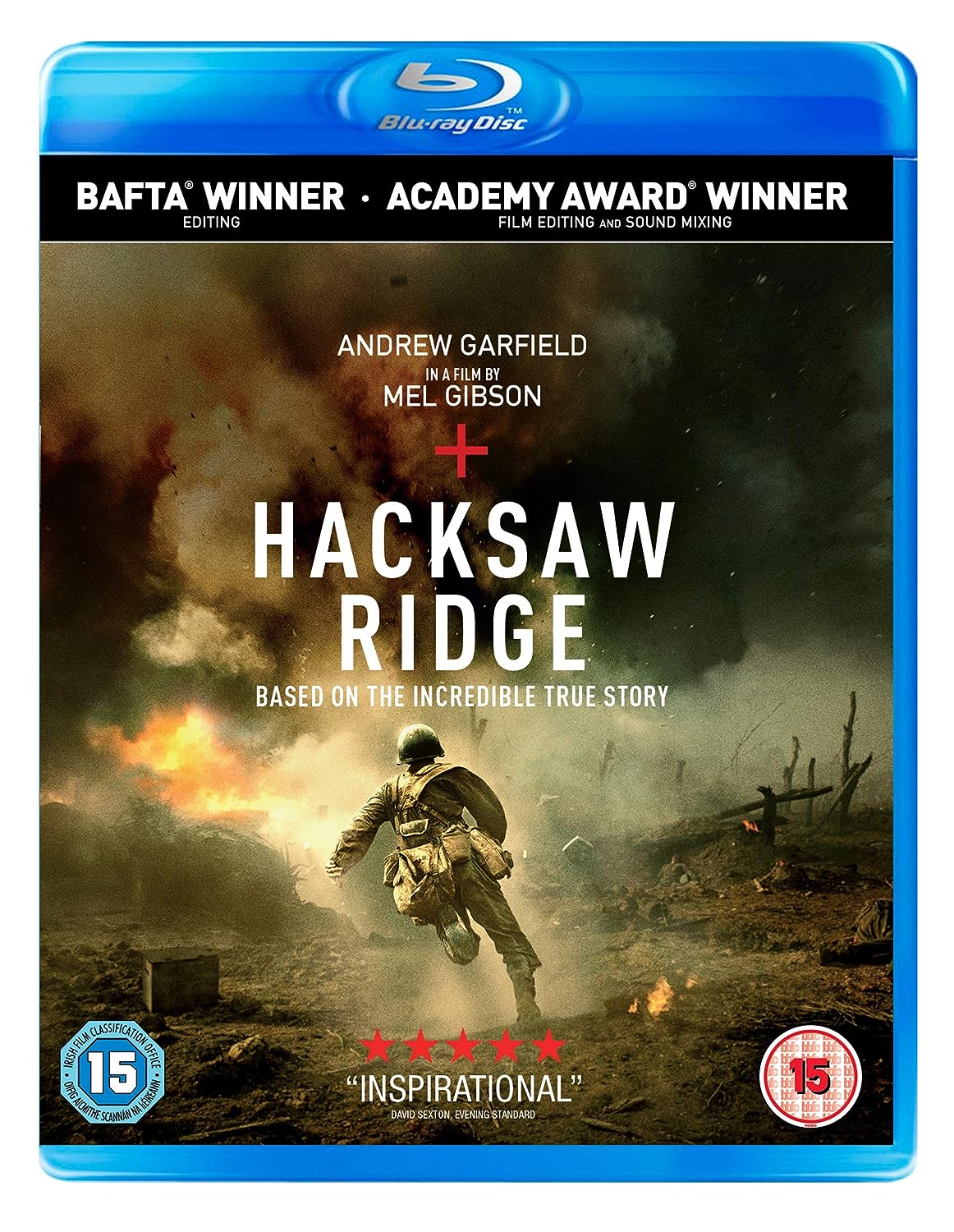 In rural 1920s Virginia, the young Desmond Doss nearly kills his little brother Hal while roughhousing. This event and his Seventh-day Adventist upbringing reinforce Desmond’s belief in the commandment “Thou shalt not kill”. Years later, Doss takes an injured man to the hospital and meets a nurse, Dorothy Schutte. The two strike a romance and Doss tells Dorothy of his interest in medical work. After the Japanese attack on Pearl Harbor, Doss enlists in the Army to serve as a combat medic. His father Tom, a World War I veteran, is deeply upset by the decision. Before leaving for Fort Jackson, Desmond asks for Dorothy’s hand in marriage and she accepts.Doss is placed in basic training under the command of Sergeant Howell. He excels physically, but becomes an outcast among his fellow soldiers for refusing to handle a rifle and train on Saturdays. Howell and Captain Glover attempt to discharge Doss for psychiatric reasons under Section 8 but are overruled, as Doss’ religious beliefs do not constitute mental illness. They subsequently torment Doss by putting him through grueling labor, intending to get Doss to leave of his own accord. Despite being beaten one night by his fellow soldiers, he refuses to identify his attackers and continues training.Doss’ unit completes basic training and is released on leave, during which Doss intends to marry Dorothy, but his refusal to carry a firearm leads to an arrest for insubordination. Captain Glover and Dorothy visit Doss in jail and try to convince him to plead guilty so that he can be released without charge, but Doss refuses to compromise his beliefs. At his court-martial Doss pleads not guilty, but before he is sentenced, his father barges into the tribunal with a letter from his former commanding officer (now a brigadier general) stating that his son’s pacifism is protected by the U.S. Constitution. The charges against Doss are dropped, and he and Dorothy are married.Doss’ unit is assigned to the 77th Infantry Division and deployed to the Pacific theater. During the Battle of Okinawa, Doss’ unit is informed that they are to relieve the 96th Infantry Division, which was tasked with ascending and securing the Maeda Escarpment (“Hacksaw Ridge”). During the initial fight, with heavy losses on both sides, Doss saves the life of his squadmate Smitty, earning his respect. As the Americans camp for the night, Doss reveals to Smitty that his aversion to holding a firearm stems from nearly shooting his drunken father, who threatened his mother with a gun. Smitty apologizes for doubting his courage, and the two reconcile.The next morning, the Japanese launch a massive counterattack and drive the Americans off the escarpment. Smitty is killed, while Howell and several of Doss’ squad mates are left injured on the battlefield. Doss hears the cries of dying soldiers and returns to save them, carrying the wounded to the cliff’s edge and belaying them down by rope, each time praying to save one more. The arrival of dozens of wounded once presumed dead comes as a shock to the rest of the unit below. When day breaks, Doss rescues Howell and the two escape Hacksaw under enemy fire.Captain Glover tells Doss that they are scheduled to retake the ridge on Saturday and will not launch the next attack without him. Doss agrees but the operation is delayed until after he concludes his Sabbath prayers. With reinforcements, they turn the tide of battle. After an ambush set by Japanese soldiers feigning surrender, Doss manages to save Glover and others by deflecting enemy grenades. Doss is eventually wounded by a grenade blast, but the battle is won. Doss descends the cliff, clutching the Bible Dorothy gave him.The film switches to archival photos and footage showing that Doss was awarded the Medal of Honor by President Harry S. Truman for rescuing 75 soldiers at Hacksaw Ridge. Doss stayed married to Dorothy until her death in 1991. He died on March 23, 2006, at the age of 87.Overall, Hacksaw Ridge is a film that will leave audiences in state of emotion that describes the horrors of war, the bravery of Doss and his army and a sense of thankfulness to our past ancestors who had lived in a time to fight for freedom and peace when the world was divided. A