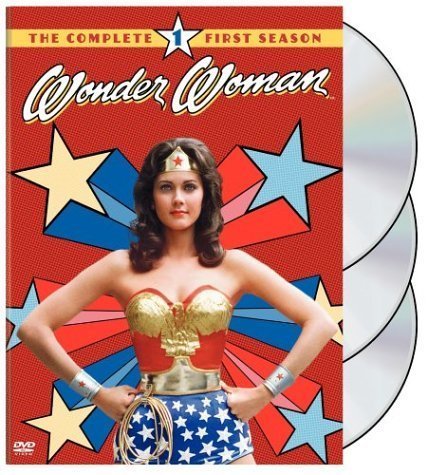 Season 1 of Wonder Woman is set in 1942 to the backdrop of the second world war. Following the comics Major Steve Trevor crash lands his plane of the secretive Paradise Island and the all-female residents take part in olympic style games to decide which of their warriors shall be the one to escort him back to man’s world. As we all know it is Diana, daughter of the Queen who wins the coveted role and along with her invisible jet she returns with Steve to America.Before leaving her homeland Diana is presented with her costume features a golden belt, the source of her strength, bullet proof bracelets and the golden lasso of truth. Choosing to stay and fight the evil Nazi’s Diana takes up the guise of Diana Prince a yeoman for the US Navy. For much of the first season the show follows the formula of the Nazi’s attacking the US either on home soil or on rare occasions the show would require Diana to travel to Germany in order to resolve conflicts.Many fans would testify that after season one the shift to stories told in the present day would see a downturn in the creativity of the show and eventually lead to its cancellation. So why does a WW2 Wonder Woman work so well? Much of it has to do with the feelings that WW2 evokes with viewers, so at the time in the 70s and with the young target audience there was a very black and white, good vs evil appearance to the show that barely exists in modern media. The time period of the shows setting and also the period of its production allow for a simplistic nature that also capitalises on the 1966 Batman series. They’re very similar in tone and ‘Wonder Woman’ would use the same extreme caricaturisation to portray its villains.There series is by no means complex, far fetched yes but in no way complex. For a modern audience it’s a great example of how superheroes were portrayed in the age before Tim Burton’s ‘Batman’. There’s an incredibly well defined moral compass which could teach the young audience of today many lessons. For the uninitiated ‘Wonder Woman’ would come across as looking cheap and cheesy but to those of us who grew up with this kind of show it has a great place in our hearts.The writing is strong for its age, it might not hold up against the scripted drama of today but as a nostalgia show it is one of the greats. There are plot hole abound but they come from a need for a great story rather than a tightly woven average story. At the time audiences were taken aback by the scale of the show and that’s what you must remember when watching it back. Lynda Carter will forever be the fans ultimate Wonder Woman and there is little that anybody can say to argue with it. Her presence on screen is excellent and the passion that she throws in to the role is commendable. She continues to ride the coat tales of ‘Wonder Woman’ to the present day and her legacy will run on long after she is no longer with us. If you’ve never watched this show before I highly recommend you check out the first season on DVD. If you have seen the show and yet don’t own it… well I don’t know but you better have a good excuse!