It’s tricky to explain Renée Zellweger’s new Netflix show What/If to somebody who hasn’t seen it, because it’s an exercise in diametrically opposed contradictions. It’s a sexy thriller, even though it’s about as sexy as slow-transit constipation. Its unique selling point is that it follows the consequences of actions, even though that also describes every single story ever told by anyone in the entire history of humankind. It’s a television series, even though its title is punctuated like a sub-tier early noughties boyband. What I can say with confidence is that What/If is trash. The pilot episode was directed by the man who directed Sharon Stone’s 1993 boobathon Sliver, who appears to have been preserved in amber ever since the moment that film wrapped. The characters, the dialogue, the sets and costumes and music are all firmly in mid-90s, low-budget erotic thriller territory, and there’s barely a concession to modernity to be found anywhere. It’s confusing, too; the second scene takes place a year after the first scene, but the third scene takes place three days before the second scene. What’s more, almost all of the episode’s establishing shots take place during a thunderstorm for some genuinely unfathomable reason. 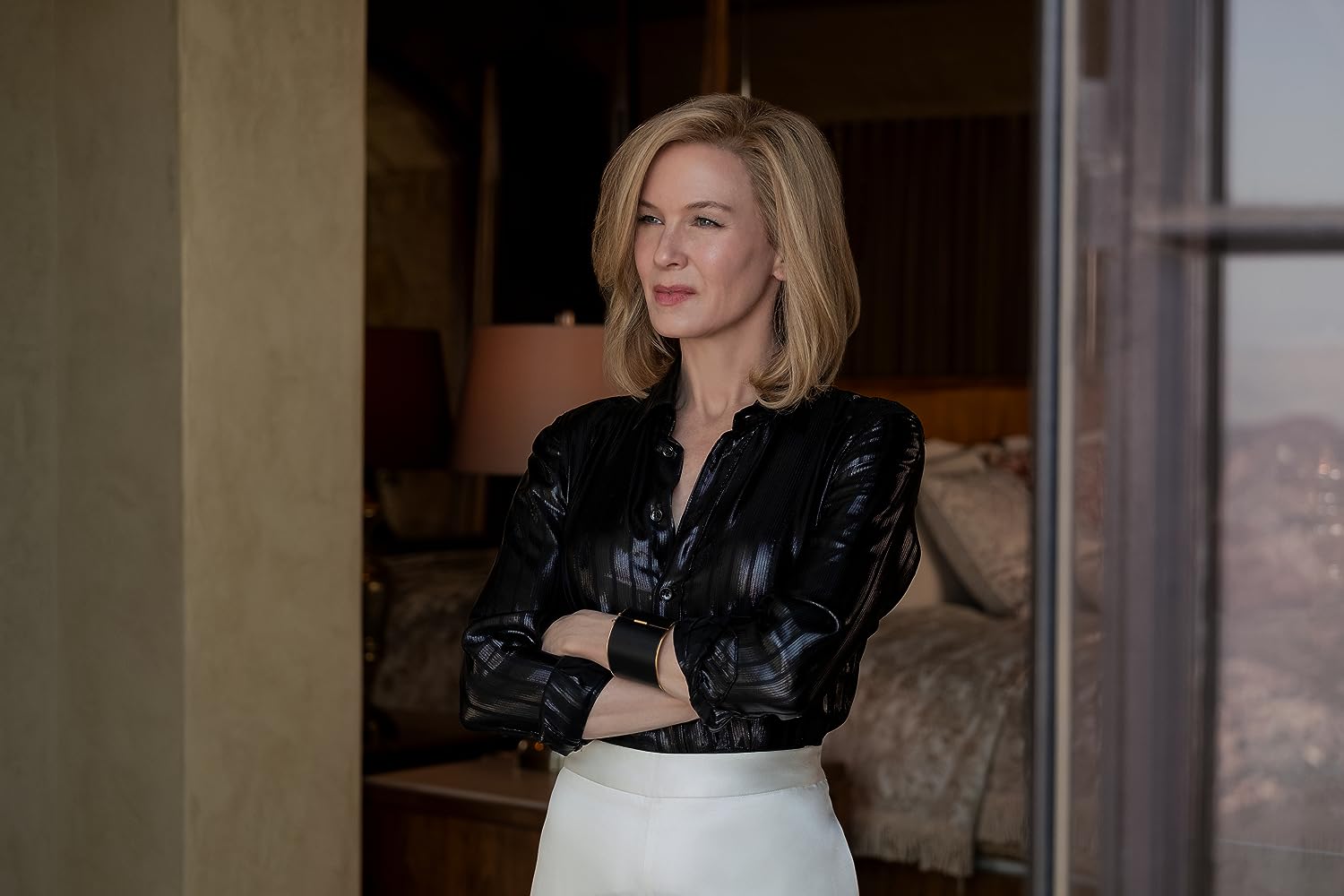 One of the lead characters runs a struggling molecular sequencing company, despite being so aggressively stupid that it’s a wonder she ever figured out cutlery. The profession is an afterthought – clearly, nobody from the writer down cares a jot about the nuts and bolts of molecular sequencing – but it adds a vaguely futuristic sheen to the series, giving it shades of a Hallmark Channel Black Mirror reboot.Taken on the surface, What/If looks like a grand error; like another Cloverfield Paradox sold off to Netflix in a fire sale because its studio couldn’t believe what a clunker it was. But that’s the weird thing about What/If. I think – and I might be wrong, because this is pure conjecture – that its trashiness might actually be sort of deliberate. The best case for this argument lies with Zellweger’s character, a sexually voracious billionaire puppetmaster taken to wandering around her sprawling apartment late at night pontificating about the nature of destiny versus free will into a 2010-model dictaphone. Read that sentence back. That has to be deliberate, right? No sensible person, with the possible exception of EL James, would ever create a character this preposterous on purpose, surely. And I haven’t even mentioned her primary hobby yet. It’s doing archery in her kitchen. Of course it is.And Zellweger relishes every second of it. It’s a huge, camp, scenery-licking wink of a performance that channels every broad rich bitch trope you care to imagine. She’s the sort of person who writes “AT ANY COST” in block capitals on a piece of paper before we smash-cut to a day when her new book At Any Cost has become an epoch-defining bestseller. She’s the sort of person who keeps her keys in an enormous plexiglass cube in the middle of the room. She’s the sort of person who, when her butler sniffs that one of kitchen arrows has hit the target “left of centre”, smirks: “Three words no one has ever used to describe me”. 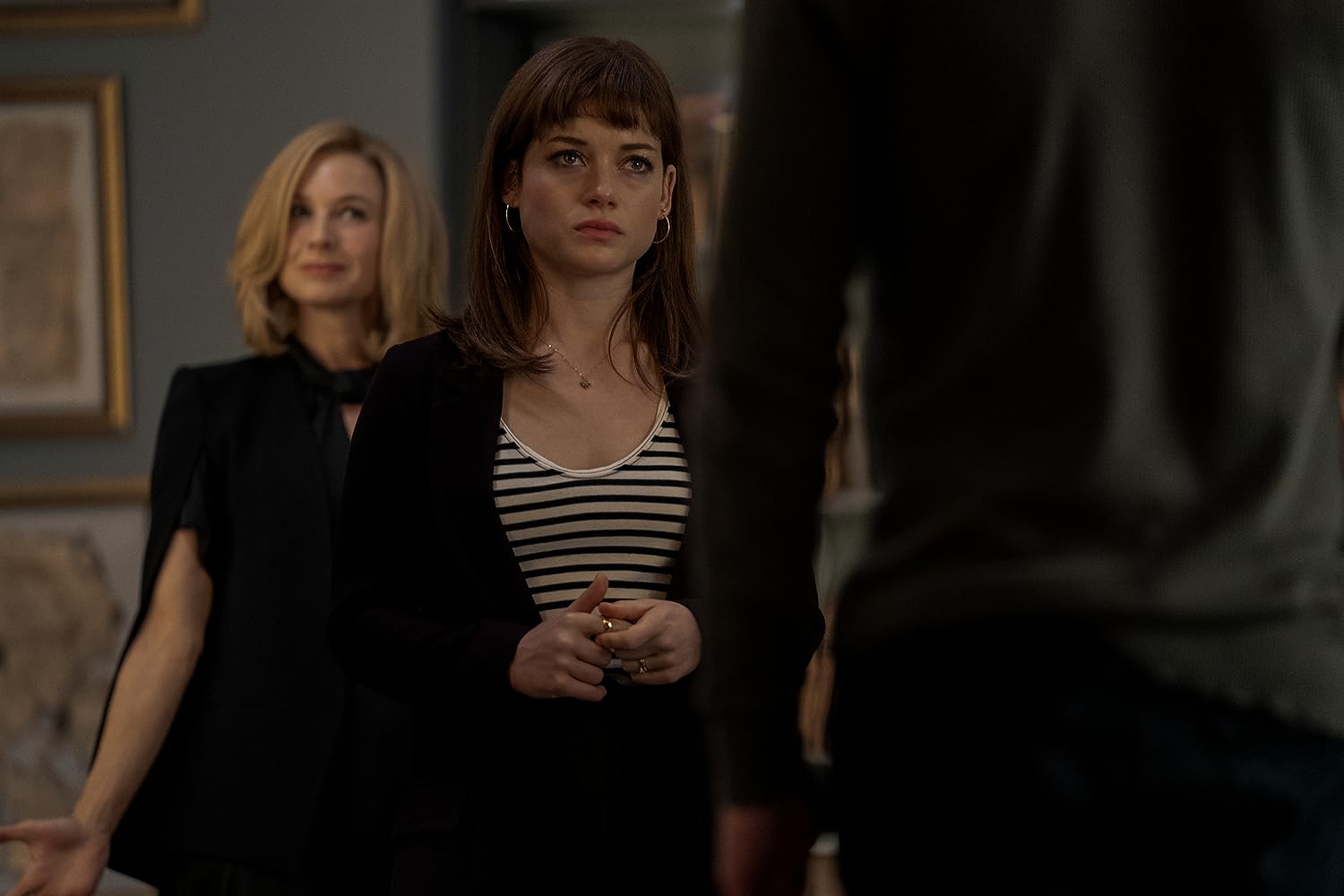 In What/If, Zellweger’s character meets a barman and invites him home. He declines, and so she escalates her offer. For one night with him, she offers to pay his wife (the molecular sequencer) $80m to rescue her ailing molecular sequencing business. It’s a plot, as the sequencer states in a rare moment of self-awareness, that’s been “ripped out of a bad 90s movie”. But it doesn’t end there, because it starts to look as if Zellweger chose the barman deliberately in order to ignite a bizarre Rube Goldberg sequence of events. Which is silly, right? The whole plot is so gaudy that it has to be tongue in cheek. But the thing is, Zellweger is the exception here. The rest of the characters, and all the subplots, are tedious and witless and played absolutely straight. Had What/If been The Renée Zellweger Show, it would have been fantastic. As it stands, she’s the only thing saving the series from terminal mediocrity.