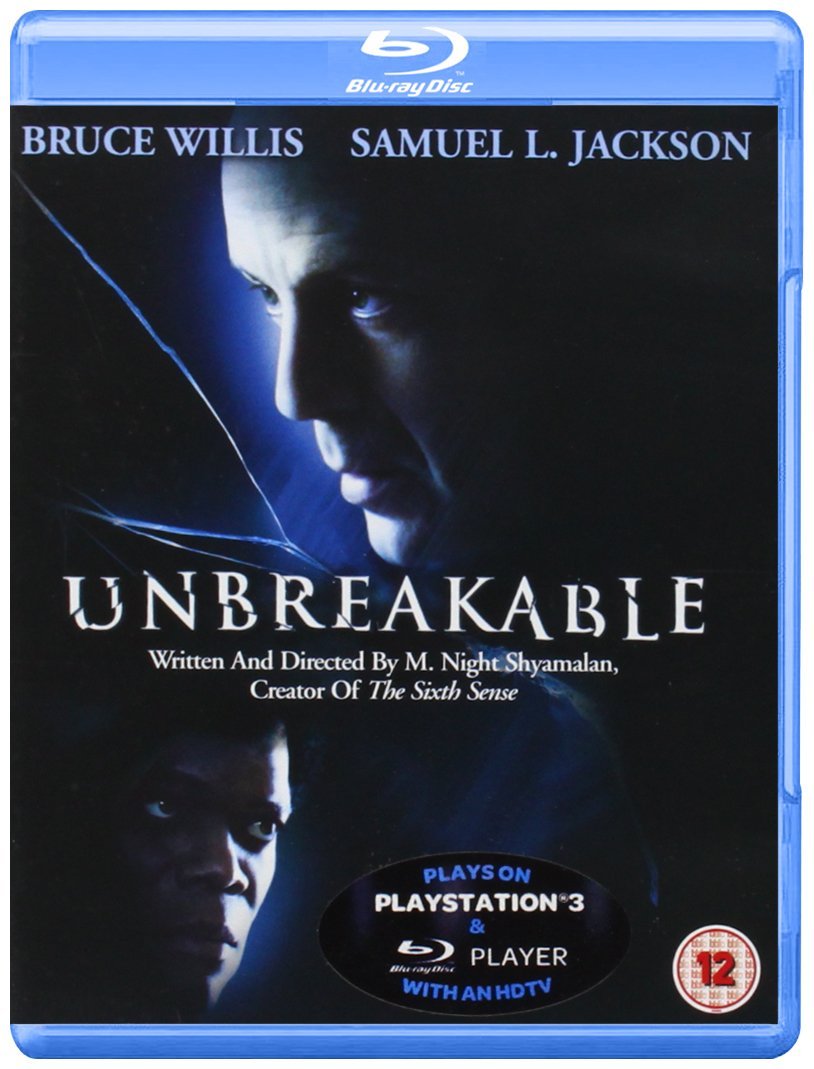 Elijah Price (Samuel L. Jackson) is born with Type 1 osteogenesis imperfecta, a rare disease in which bones break easily. As revealed later in flashbacks, Elijah draws a theory, based on the comic books he has read during his many hospital stays, that if he represents extreme human frailty, perhaps there is someone “unbreakable” at the opposite extreme.

Years later, Philadelphia security guard David Dunn (Bruce Willis) is also searching for meaning in his life. He had given up a promising football career to marry Audrey (Robin Wright) after they were involved in an auto accident. Now, however, their marriage is dissolving, to the distress of their young son Joseph (Spencer Treat Clark).

Returning from a job interview in New York, David is the sole survivor of a major train wreck that kills 131 passengers, sustaining no injuries himself. At the memorial for victims of the crash, he finds a card on his car’s windshield, inviting him to Elijah’s store. Elijah proposes to David that he is the kind of person after whom comic-book superheroes are modeled, and repeatedly pursues the issue with David and Audrey, trying to learn whether or not David was ill or injured during childhood. Although unsettled by Elijah, David begins to test himself. While lifting weights with Joseph, he bench presses 350 pounds, well above what he had thought he could do. Joseph begins to idolize his father and believes that he is a superhero, although David still maintains that he is “an ordinary man.”

David challenges Elijah with an incident from his childhood when he almost drowned. Elijah suggests that the incident highlights that superheroes in comic books often have one weakness, and in David’s case it is water. While surveying the stored wreckage of the train crash that he survived, David recalls the car accident that ended his athletics career, remembering that he was unharmed and ripped a door off the car in order to save Audrey. David used the accident as an excuse to quit football, because Audrey did not like the sport. Under Elijah’s influence, David develops what he thought was an unusual insight into human behavior into an extra-sensory perception by which he can glimpse criminal acts committed by the people he makes contact with. At Elijah’s suggestion, David stands in the middle of a crowd in a Philadelphia railroad station. As people bump into him, he senses the crimes they perpetrated, and finds one he can act on: a sadistic janitor who invaded a home, killed the parents, and is holding the children prisoner. 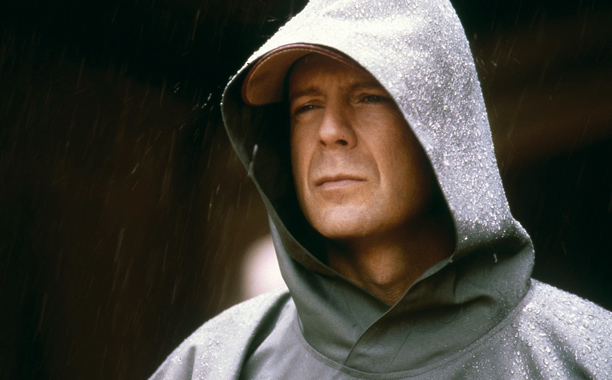 David follows the janitor to the victims’ house and frees the children, but is ambushed by the janitor who pushes him off a balcony into a swimming pool. David nearly drowns, but is rescued by the children. He then attacks the janitor from behind and strangles him to death. That night, he reconciles with Audrey. The following morning, he secretly shows a newspaper article on this anonymous heroic act, depicting a sketch of David in his rain poncho, to his son, who recognizes the hero as his father. David attends an exhibition at Elijah’s comic book art gallery and meets Elijah’s mother (Charlayne Woodard), who explains the difference between villains who fight heroes with physical strength versus those who use their intelligence. Elijah brings David to the back room of his studio, extends his hand, and asks David to shake it. Upon doing so, David sees visions of Elijah orchestrating several fatal disasters, including perpetrating David’s train accident, causing hundreds of deaths. David is horrified, but Elijah insists that the deaths were justified as a means to find him. Calling himself “Mr. Glass”, he explains that his own purpose in life is to be David’s antithesis. 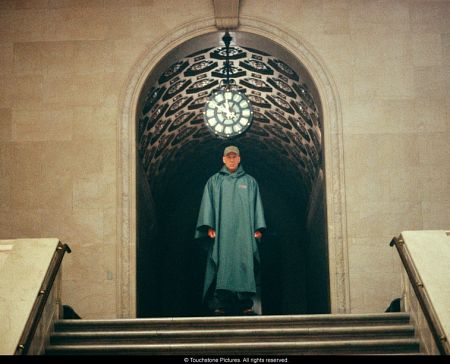 Screen captions reveal that David reported Elijah’s actions to the police, and that Elijah was convicted of murder and terrorism, and committed to an institution for the criminally insane.

This film is more than just a tale with a twist; every character in this film is damaged or missing something in his or her life and the film is as much about a quietly failing dysfunctional family as it is about the resolution of the mystery. A great film with some great twists and turns.