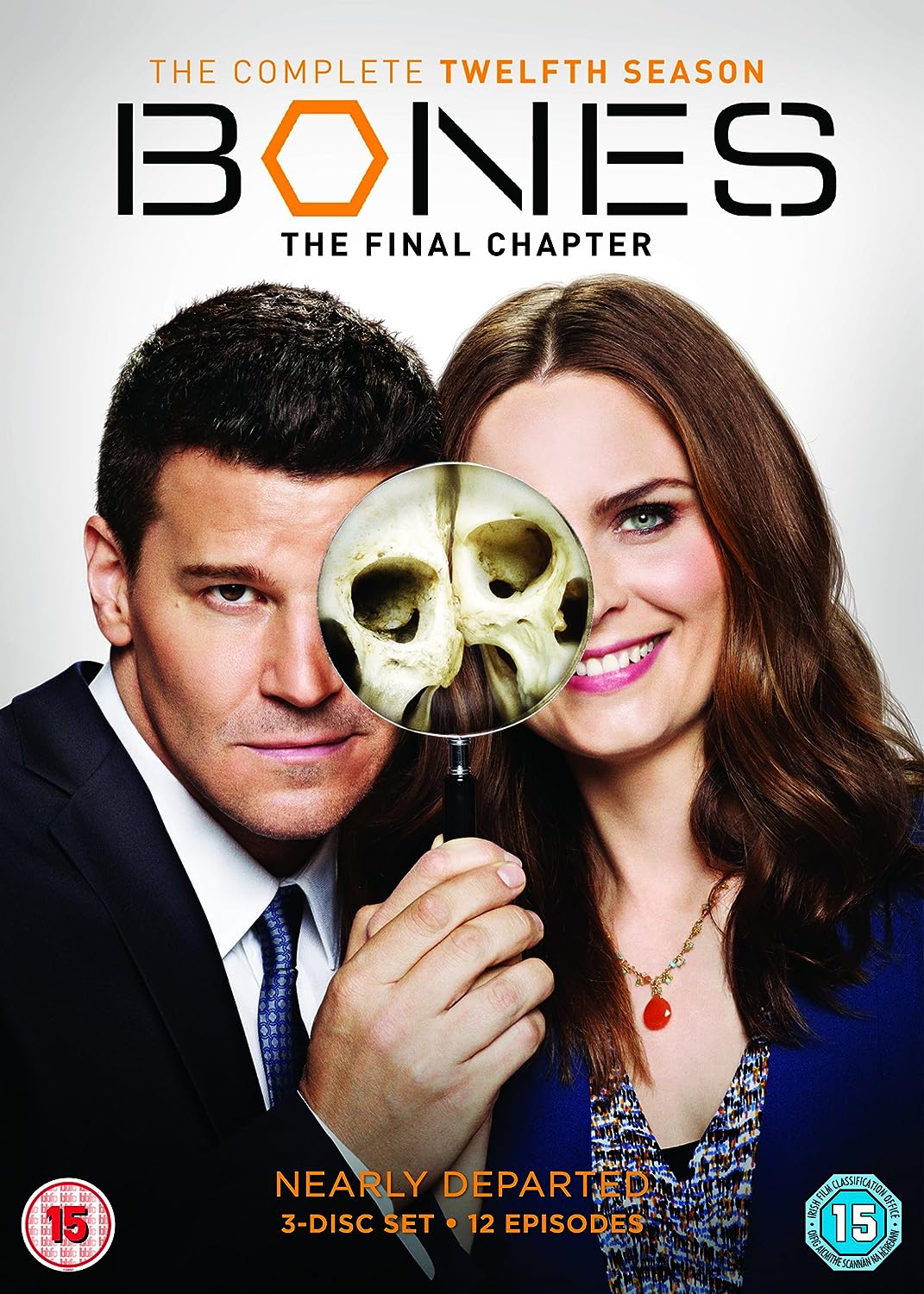 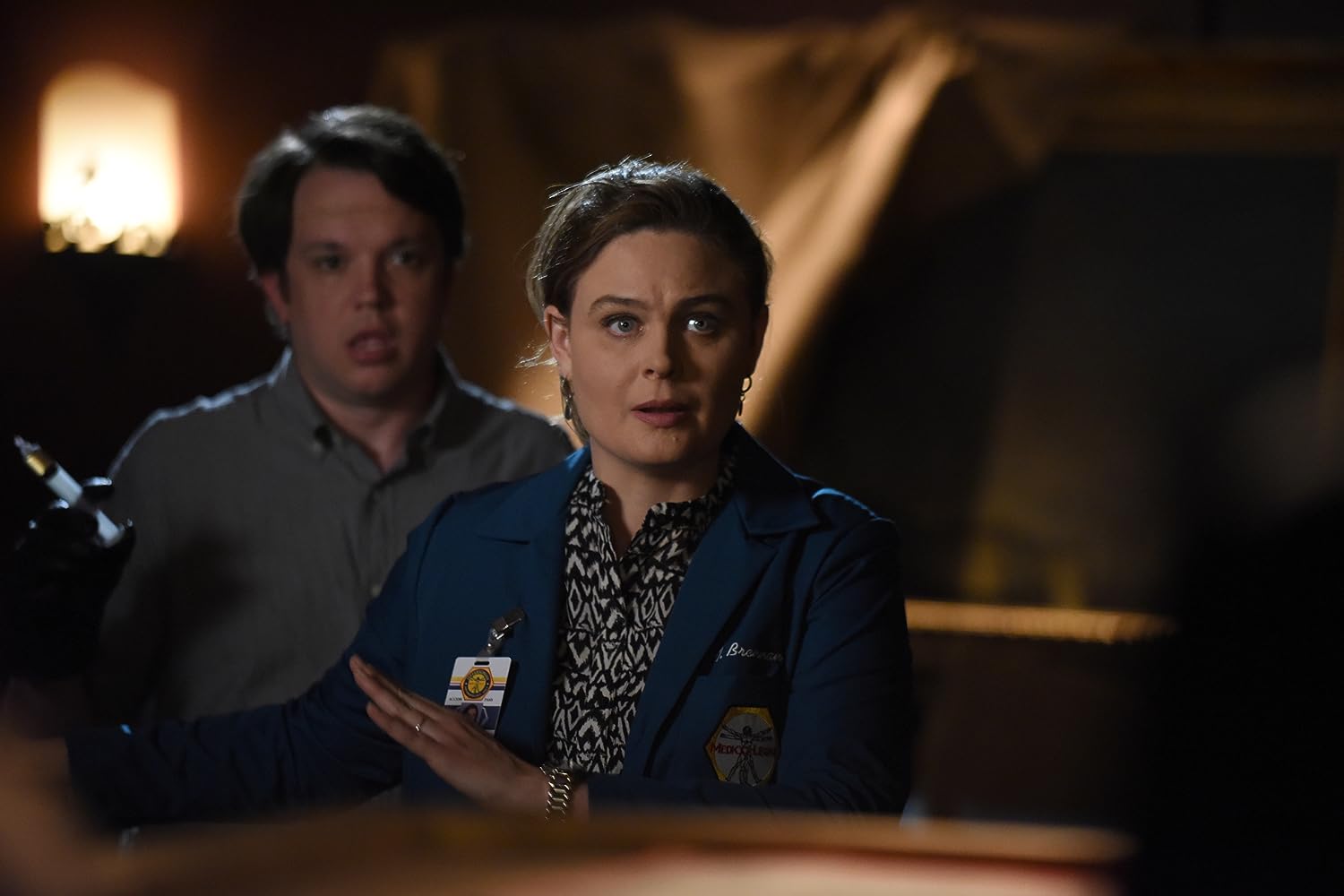 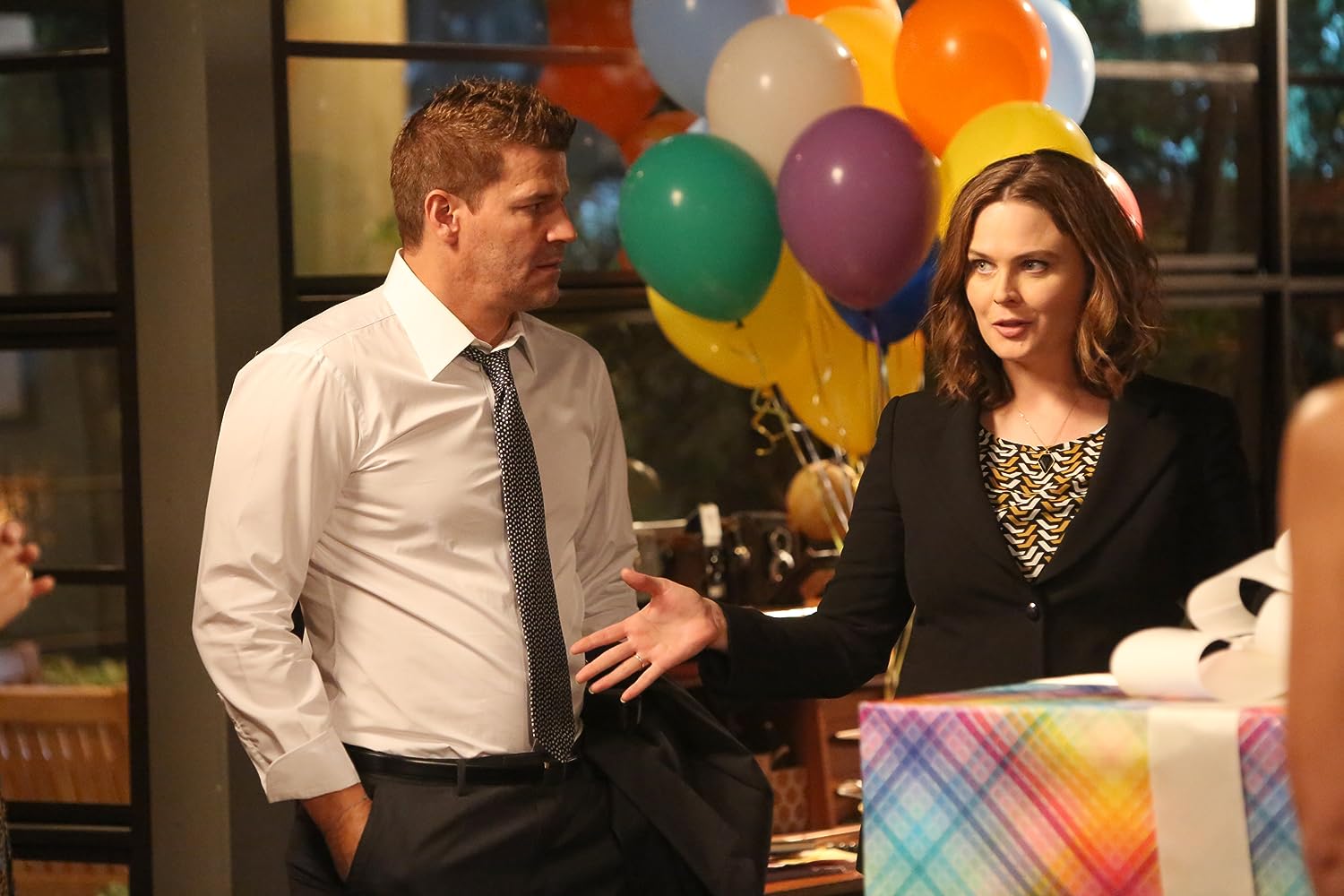 One of television’s most beloved crime series draws to a close with even more suspense, fun and sexiness than ever. Brennan’s (Emily Deschanel) uncanny forensic skills help resolve even grislier cases, including a retirement home murder, a possible death by robot, and the slaying of a close friend. Along the way, family tragedy strikes and Booth (David Boreanaz) lands in the crosshairs of a serial killer. 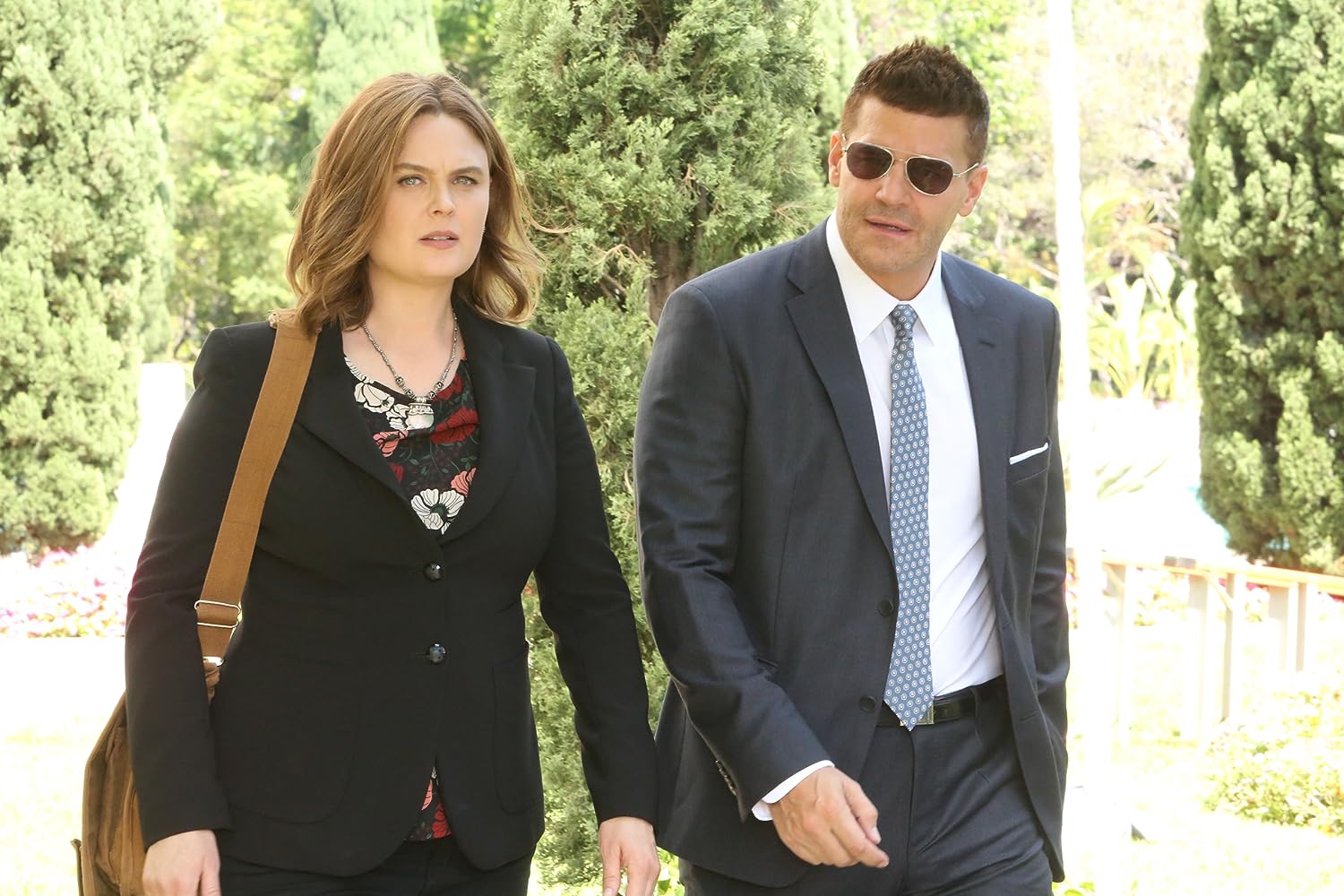 And a former Jeffersonian accused of murder kidnaps Brennan, prompting a shocking move by Booth. The fascinating storylines, heart and humour of Bones is here in all 12 episodes of the final season. David Boreanaz and Emily Deschanel in Bones (2005)Fans here have just twelve more opportunities to revisit Washington’s (fictitious) Jefferson Institute Laboratory. As ever Brennan and all painstakingly probe gory human remains to identify not only corpses but those who caused their demise. No matter how far-fetched such activities may seem, all are based on work creator Kathy Reichs does in real life.There is the usual successful mixture of “yuk factor” and much that is very funny (especially when Brennan and Booth are amongst lumberjacks and lumberjills, not to mention when undercover at a car demolition darby). Far more serious is a very real threat with explosive developments. Not all key characters to survive intact! The Suspense is genuine.Treats abound. They include the welcome return of former apprentices, one in particularly dramatic circumstances. A care home episode allows veterans to demonstrate their ability still to deliver the goods – Ed Asner in his late eighties, Hal Holbrook over ninety. Elsewhere Betty White, another nonagenarian, mischievously contributes.David Boreanaz, Emily Deschanel, and Dave Thomas in Bones (2005)All cast are on fine form. Over the twelve years their characters have evolved. That marriage of Brennan and Booth gave Emily Deschamel and David Boreanaz a rich new vein for comedy, they often at odds about the best way to bring up their young (Brennan insisting fairy stories be the violent originals). 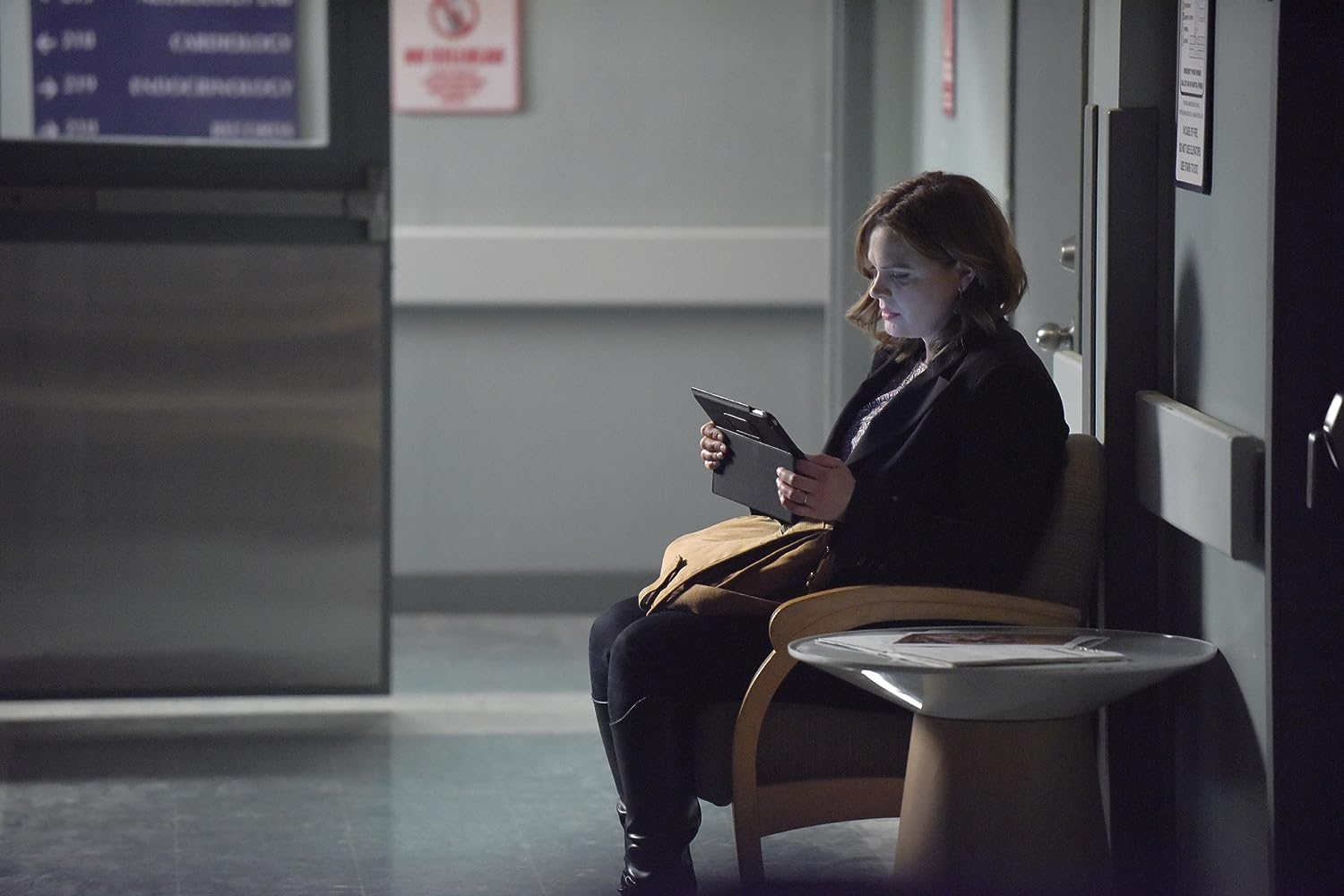 David Boreanaz and Emily Deschanel in Bones (2005)Modest extras, it interesting to see Kathy Reichs herself participating. Movingly the stars look back over the years, tears evident as they realize this truly is the end. No series can please everyone all the time. (Some may have found much of the music track surplus to requirements.) BONES, though, consistently succeeded more than most. 246 episodes. This final season, shorter perhaps than many would have wished, represents a fitting fond farewell. Thanks go to all responsible for a show that for so long many have looked upon as special.