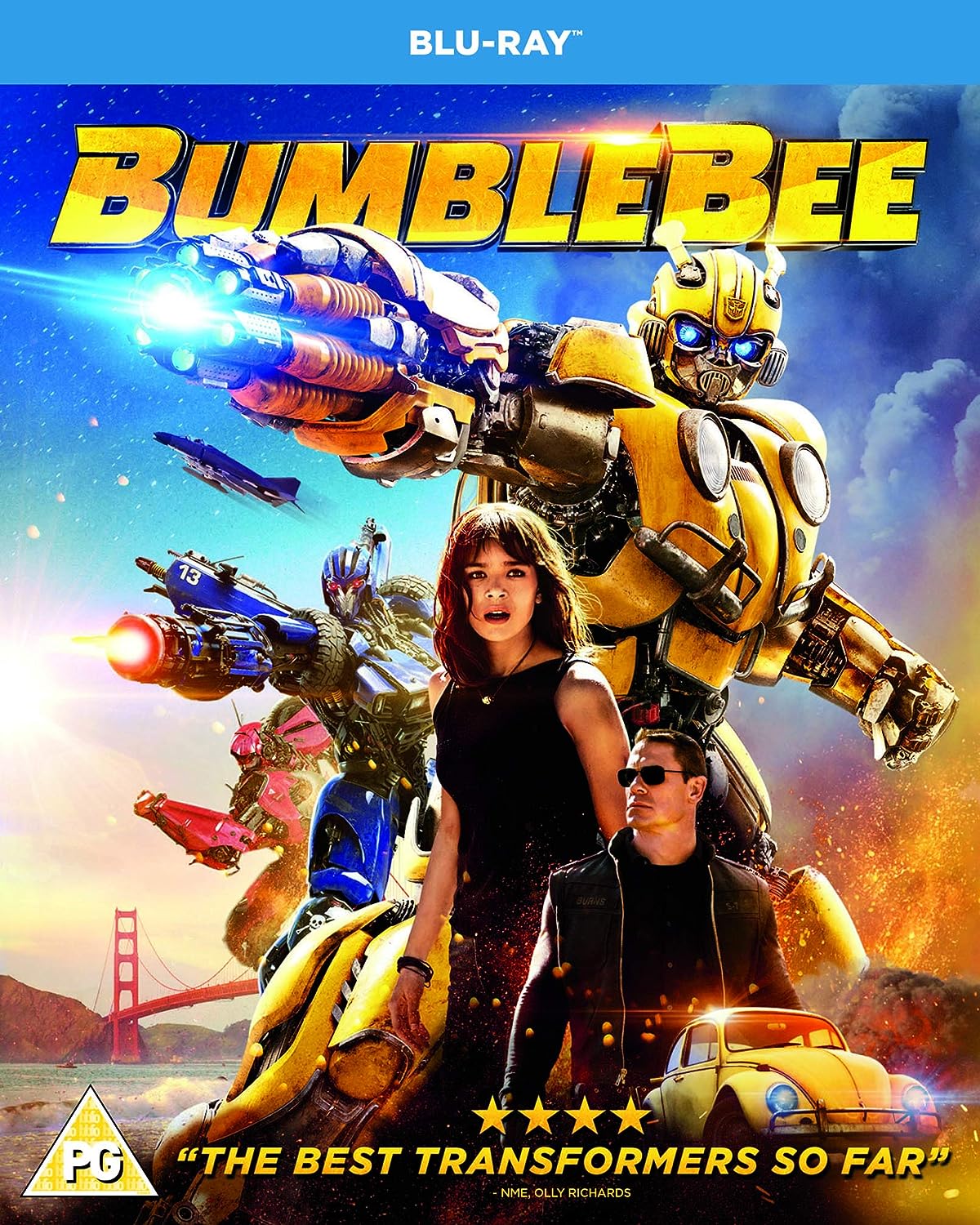 On the planet Cybertron, the Autobot resistance, led by Optimus Prime, is on the verge of losing the civil war against the Decepticons and prepare to evacuate the planet. A Decepticon force, including an army of Seekers, led by Soundwave, Starscream, and Shockwave, intercepts them during the evacuation, and Optimus sends Autobot scout B-127 to Earth on an escape pod in order to set up a base of operations where the Autobots can regroup. B-127 reaches Earth alone, crash-landing in California and disrupting a training exercise by Sector 7, a secret government agency that monitors extraterrestrial activity on Earth.Colonel Jack Burns presumes B-127 to be a hostile invader and pursues him. B-127 scans a Willys MB jeep and flees to a mine, where Blitzwing, a Decepticon Seeker, ambushes him. When B-127 refuses to reveal Optimus’s whereabouts, Blitzwing tears out his voice box and damages his memory core; despite this, B-127 stabs and destroys Blitzwing with one of his own missiles. B-127 flees from the soldiers, scans a nearby 1967 Volkswagen Beetle and collapses from his injuries.In 1987, teenager Charlie Watson remains traumatized by the death of her father, and resentful of her mother Sally for moving on too quickly with a new boyfriend named Ron. Charlie finds a yellow Volkswagen Beetle (which is actually B-127) in a scrapyard belonging to Hank, who gives it to her as an 18th birthday present. When trying to start it, Charlie unknowingly activates a homing signal that is detected by Decepticons Shatter and Dropkick as they interrogate and execute the Autobot Cliffjumper on one of Saturn’s moons. The pair heads to Earth, where they adapt Earth vehicle forms and pretend to be peacekeepers, persuading Dr. Powell and the rest of Sector 7, despite Burns’s disagreement, to help them find and capture B-127, whom they claim is a fugitive and a traitor.While Charlie attempts to fix the Beetle, it transforms into B-127, whom she befriends and nicknames “Bumblebee”. She then unknowingly unlocks a message from Optimus urging Bumblebee to defend Earth in their absence, which restores some of his memories. Bumblebee begins to speak using songs. He is discovered by Charlie’s neighbor Memo, who agrees to protect their secret due to his feelings for Charlie. Left alone, Bumblebee accidentally destroys Charlie’s home and causes an energy spike that attracts Sector 7’s attention. When Sally blames Charlie for the destruction, Charlie finally expresses her pain over her father’s death and angrily leaves with Bumblebee and Memo, only to be intercepted by Sector 7 and the Decepticons. Bumblebee is captured while Charlie and Memo are returned home.Charlie convinces her brother Otis to cover for her and Memo as they follow Burns to the Sector 7 outpost where Bumblebee is being held. Shatter and Dropkick torture Bumblebee into revealing the Autobots’ whereabouts, discovering that the Autobots are coming to Earth. They leave him for dead after revealing their plan to bring the Decepticons to Earth. After alerting Burns to the truth about the Decepticons, Dr. Powell is killed by Dropkick.Charlie electroshocks Bumblebee back to life, restoring his memories. After fighting past Burns’ obstruction and attempt to re-secure Bumblebee with the help of Memo, Sally, Ron, and Otis, Charlie and Bumblebee set out to prevent Shatter and Dropkick from contacting the Decepticons using a radio tower at a nearby harbor. Burns also intervenes and defends Charlie. His helicopter is shot down by Shatter, but Burns is saved by Bumblebee. While Bumblebee fights Dropkick, he binds him with a chain, entangling his systems when he transforms, and Bumblebee rips him apart. Charlie deactivates the Decepticon beacon, causing an enraged Shatter to pursue her. Bumblebee destroys a dam wall, triggering a flood that causes a cargo ship to crush Shatter into the docks, killing her.Burns, having a change of heart and grateful towards Bumblebee, gives him and Charlie time to escape before the army arrives, having yet to convince them that Bumblebee is not the enemy. Charlie and Bumblebee arrive on a cliff overlooking the Golden Gate Bridge, where Charlie, realizing that Bumblebee has a greater purpose on Earth, says goodbye. Bumblebee scans a 1977 Chevrolet Camaro, transforms into a yellow version of it, and drives away, and Charlie reunites with her family and Memo. Using his new name, Bumblebee reunites with Optimus Prime. Prime praises Bumblebee for keeping Earth safe as they watch more Autobots arrive through Earth’s atmosphere. Meanwhile, Charlie finally finishes repairing the Corvette she and her father were working on, and drives off into the sunset.This by far is the best Transformers movie yet. It has great characters, a decent storyline, and the fight scenes between the Autobots and the Decepticons were fantastic. Even John Cena isn’t bad in this movie. I highly recommend this to any who is a fan of the Transformers.