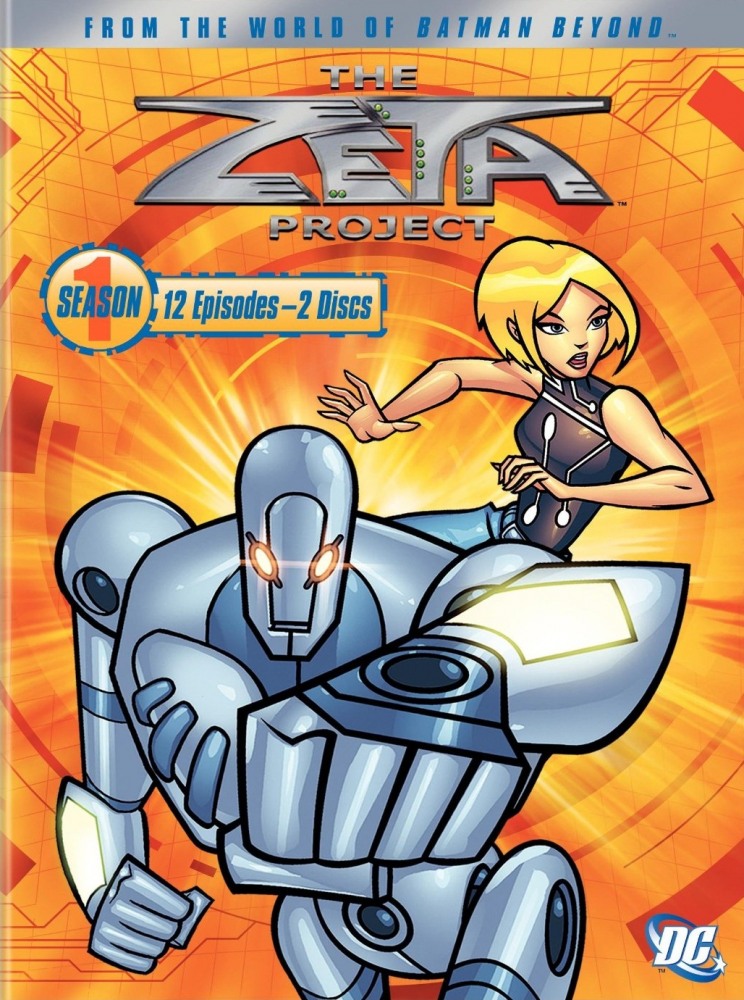 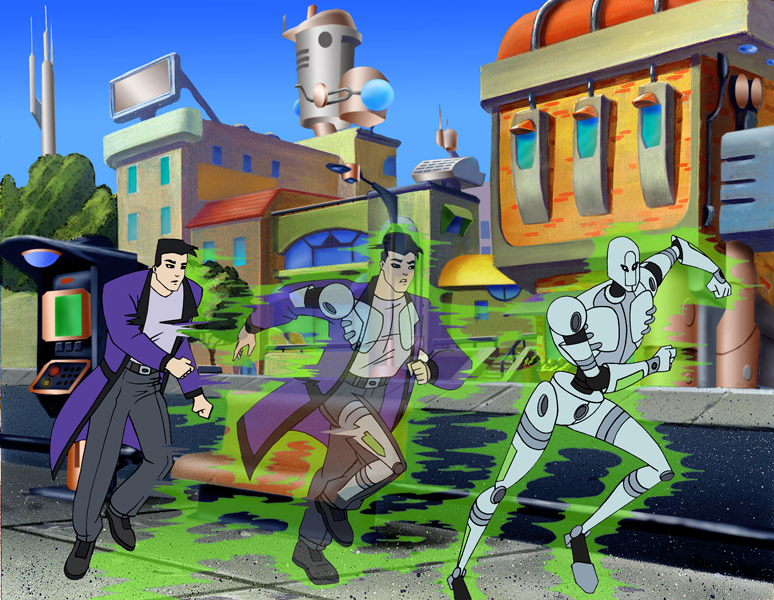 In this Batman Beyond spinoff, Zeta, an assassination & infiltrator robot, rebels against its programming. The authorities think it has been reprogrammed by their enemies, and tries to bring Zeta in for reprogramming. Zeta goes on the run, trying to find his creators and assisted by an orphan girl, Ro.

As a spin off for a character introduced in Batman Beyond, this cartoon series went beyond the scope of adventure. Zeta was an experimental infiltration robot equipped with weaponry and a holographic self-projector that allows it to assume any identity. However, negating his own programming, he refused to kill. He fled his employers merely attempting to find his creator to prove that he is acting on his own free will. The government doesn’t know that, and hunt him down as they think he is rogue. Along the way Zeta hooks up with Ro, a teenage girl, and they assist each other in their treks.

Diedrich Bader (The Drew Carey Show) lends his voice to the peaceful, naive and near-human robot, sounding the least bit threatening and true to Zeta’s nature. The friendship between the child-like Zeta and Ro is genuinely portrayed. The supporting characters who chase him are great, including the government agents, and a young genius whom at one point reprogrammed Zeta. The Zeta Project is indeed a combination of Short Circuit and The Fugitive, balanced out by fantastic action, excellent characterization, and plenty of comedic moments.  In one episode, Batman Beyond even makes a cool guest appearance. Sadly, KidsWB canceled this exceptional show after 2 seasons, leaving Ro and Zeta’s quest hanging.