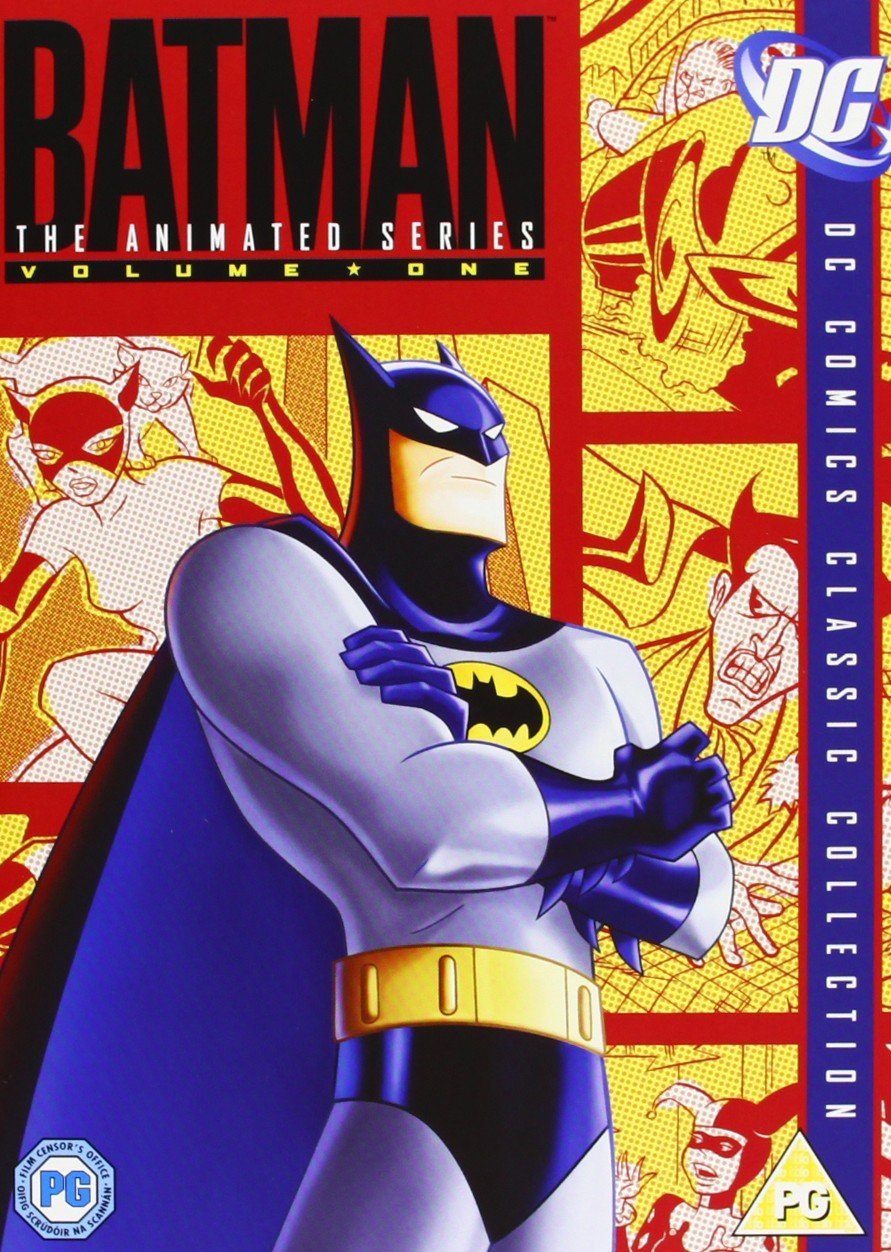 In 1992, Warner decided to revive Batman for TV as an animated series. Luckily, they had a couple of talented individuals already working on Tiny Toons – animator Bruce Timm and background artist Eric Radomski, who were keen to take a stab at the character. They created a pilot film involving Batman and a Gotham City that was at the same time modern and a throwback to the pre-50’s style

It’s fitting that this set is called ‘Volume One’ and not ‘Season One,’ as the episodes were aired completely out of order, with a few episodes of this set not reaching airwaves until the second year. However, you get the first 28 shows to see production, which arguably contain the best of the series’ four-year run as well. As this series is a reinterpretation of the world created in the comics, most of the episodes here are origins of the villains, and for the most part the episodes work very well. What allowed this series to age so well (in fact, I think I can appreciate it even more now than when I was twelve) is that the writing is top notch. Each episode feels like a self-contained short film, and the writers have at once managed to give every character a great deal of humanity and individuality to underscore the directness of the visuals.

Paul Dini had been writing for television a decade prior to this, but Batman was where he finally got his chance to shine, and the episodes he crafted, particularly Heart of Ice are some of the most effective of the series. Timm, Dini and Radomski were able to create a world that was iconic without being one-sided or silly. The idea of a guy who runs around in a cape essentially beating enemies into submission can’t be presented effectively at face value, and the creators of this series were more than willing to delve into the psychological aspects of their characters. Batman is never entirely good, nor are most of his enemies entirely evil. Rather the show focuses on people who have been emotionally scarred in life, and deal with those scars by either seeking to help other people, or harm them. What drives Batman isn’t too different from what drives his villains. It’s not uncommon to feel more sympathy for one of the show’s villains than the hero himself, because more often than not the villain isn’t even entirely sure what they’re doing or why they’re doing it.

The Two-Face episodes are a prime example of the quality of storytelling in the series, because the character, who is such a silly concept (a two-faced man flipping a two-headed coin to decide evil deeds) is handled very subtly, with the emphasis placed on childhood trauma and emotional repression. Not every episode shines, however. The two part introduction to Catwoman, The Cat and the Claw, is plagued with generic characters and situations, and plays too heavily on the environmental card. And there are a few other stinkers, although you can generally tell which episodes are going to be good by who’s writing each.

Casting is absolutely perfect. As vocal director Andrea Romano discusses in the extras, rather than hire trained vocal artists to develop new characters, the producers instead sought out actors with specific character already in their voices. Mark Hamill has the performance of his career as the Joker, with just the right mix of menace and hilarity. Hellboy’s Ron Perlman shows up as Clayface for a few episodes, ’70s bombshell Adrienne Barbeau is sultry as Catwoman and Edward Asner features as a prominent crime boss. The cast list is an absolute who’s-who for any film buff.

But it’s episodes like “Beware of the Gray Ghost” where the casting really shines. Batman teams up with a former television hero who’s down on his luck. In an inspired decision the producers cast former Batman Adam West for the role, who brings such humanity and poignancy to the part that it ends up one of the best episodes in the series.

All minor quibbling aside however, you’ll be hard-pressed to find another collection with writing, acting and visuals this stellar from the early 90’s. The impact of “Batman: The Animated Series” was overwhelming to television, with a noticeable shift from the slapstick “Animaniacs / Tiny Toons” style to markedly darker action fare, many of the shows still being overseen today by Timm, Radomski and Dini themselves. “Batman: The Animated Series” changed what American TV animation could be, and this set is a fantastic glimpse into the origin of that.