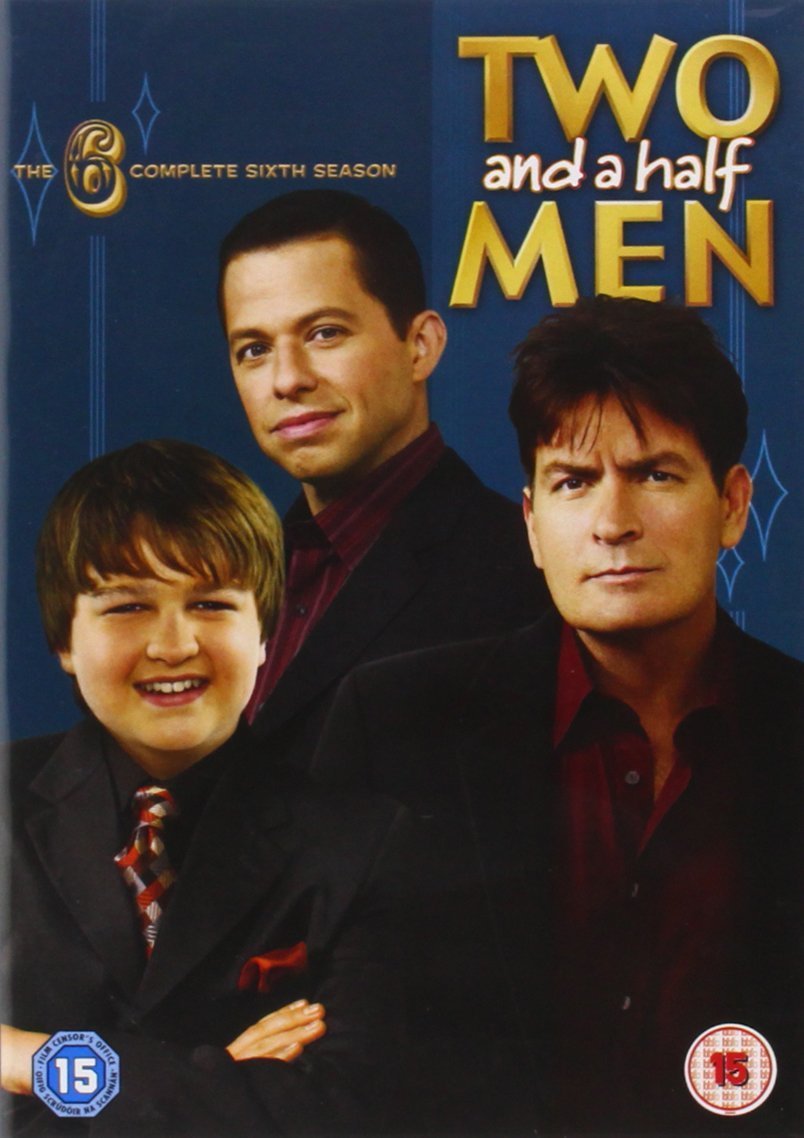 Season six is a busy season for Charlie, Alan, and Jake. There are several new developments, which include Charlie trying out a monogamous relationship again, Alan getting too involved with Judith and Herb, Jake and Evelyn bonding, and more. Along the way, there are plenty of laughs, as the cast continues to work very well together. The show also has excellent writing and plot lines that keep the content fresh.

The season begins with the episode “Taterhead Is Our Love Child”, which marks a new era for Charlie — he starts to think about people other than himself. In this episode, he runs into an old girlfriend. She has a kid named Chuck who is the spitting image of Charlie. Charlie contemplates the effectiveness of condoms, as well as having his own child. It is a fun way to start the season with lots of goofiness coming from the main characters. “A Jock Strap In Hell” is another episode that highlights Charlie’s growth and maturity as a human being. Back in season two, Charlie dated Jake’s 5th grade teacher Miss Pasternak. Unfortunately, after he dumped her, she went a little crazy. In a very awkward, yet comical moment, Charlie, Alan, and Jake run into her at the local drug store. Her life is a mess and she has gone from teacher to stripper. Charlie feels guilt and helps her regain part of her life back. Of course, the situation blows up on everyone. The end result is a riot!

Despite Charlie’s attempts to become a better person, he still hits a few kinks in the journey. One of them is Alan’s receptionist Melissa (Kelly Stables) in “The Flavin’ and the Mavin’”. He wins her over, but ends their relationship after a passionate weekend. Of course, it does not turn out well for Alan. Melissa comes back later in “Thank God for Scoliosis” as Alan’s love interest. They hit it off, but her weed smoking mother complicates things. Going back to Charlie, he makes a huge breakthrough in the romance department. “Pinocchio’s Mouth” introduces Chelsea (Jennifer Taylor), who has an on and off relationship with Charlie. They fight over trivial issues that only would bother Charlie. As the season progresses, Chelsea becomes more permanent and she slowly tames the wild beast.

Another big season development for the Harpers involves Judith and Herb. The married couple has a rocky patch in “It’s Always Nazi Week” and they patch things up in “Best H.O. Money Can Buy”. In the first episode, she kicks him out of the house when he takes some bad advice from Charlie. It is a fun development, as Herb tries to become like Charlie. Meanwhile, Judith fears being alone the rest of her life and puts the moves on Alan. Out of this situation, a sticky mess is made involving Judith, Alan, and Herb. It will be interesting to see what comes of it in season six.

As for the rest of the season, there are a lot of fun things happening for the cast. Some highlights include “Smelled The Ham, He Got Excited”, Evelyn makes a generous offer and the Harper boys pound their heads to find out why, “The Mooch At The Boo”, Alan is caught in his mom’s shoes (and dress) and Jake falls for the neighbor girl whose overprotective father Jerome (Michael Clarke Duncan) is a former NFL player, “The Devil’s Lube”, Charlie contemplates death after his friend dies and almost makes a dramatic life changing decision, “David Copperfield Slipped Me a Roofie”, Alan turns forty and no one really seems to care, “The Two Finger Rule”, Charlie, Alan, Herb, and Jerome hang out at the house–it is a real funfest, and “Above Exalted Cyclops”, Chelsea introduces Rose to the Harper boys. Overall, Two and a Half Men’s sixth season is an absolute riot. The series continues to dazzle and amaze with nonstop comedy.