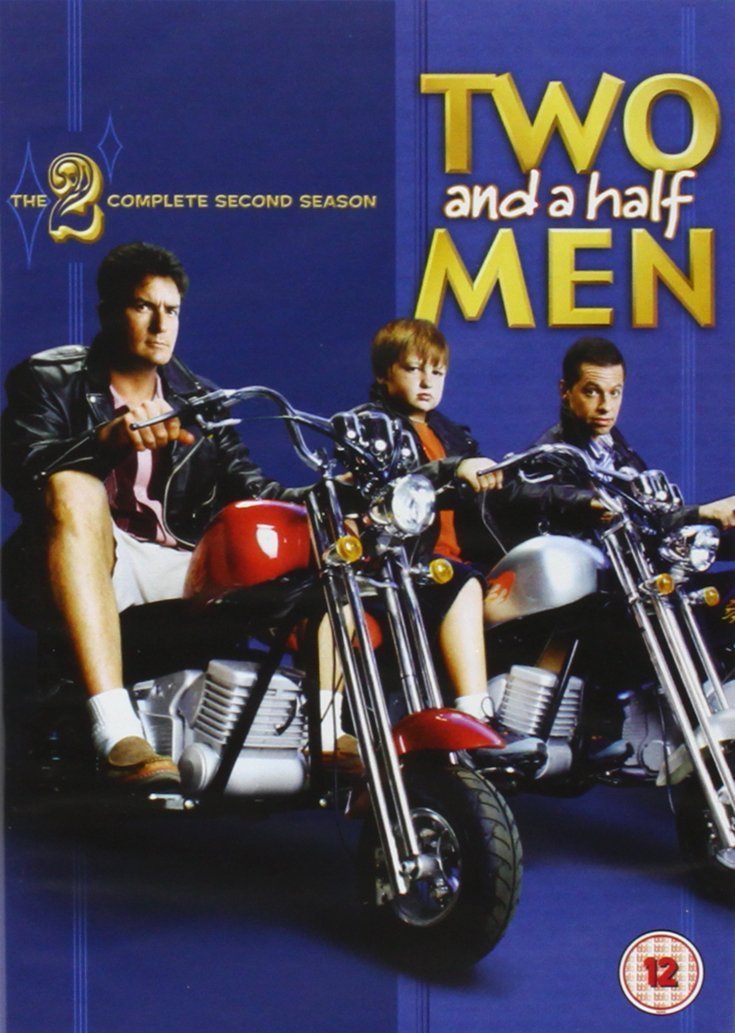 In season two, there is a lot of hilarious happenings for the cast of Two and a Half Men. Their crazy antics include fun situations from Charlie and Alan dating the same woman, Charlie’s womanizing past coming back to haunt him (in multiple flavors), Alan exploring his sexual side, Judith’s new boyfriend, Charlie and Alan facing their childhood, and Jake’s all-around goofiness. In short, the second season, like the first, offers twenty-four solid episodes.

One of the season’s funniest developments involves guest star Jeri Ryan. Ryan plays Sherri, who is essentially a female version of Charlie. Charlie first meets her in “Bad News From the Clinic”. He is shocked to learn that Sherri treats him as he usually treats his dates — purely for sex and pleasure. Charlie becomes obsessed with understanding why Sherri doesn’t want him more. It is a fun case of role-reversal for Charlie. In the episode “A Low, Guttural Tongue-Flapping Noise”, Ryan reprises her role as Sherri. This time she dates Alan. The relationship starts off on a good note, except for the fact that Alan’s brotherly obsession for competition gets in the way. It is a fun episode and twist.

Another strong development comes from Charlie’s past with women. As a womanizer, he has left a lot of broken hearts. In particular, one woman he had a one nightstand with started a website dedicated to Charlie bashing. After an attractive gal blows Charlie off, he learns about the website. In an attempt to correct his past mistakes, he quests to apologize to all of the girls who he thinks might be running the site. His apologizes are well received and he finds they are more than willing to give him a second “chance”. Charlie’s past also comes back to haunt him in episodes like “Woo-Hoo, A Hernia Exam!” and “Yes, Monsignor”.

Other fun developments include Charlie dating Jake’s neurotic teacher, Charlie acting as primary caregiver to Jake while Alan deals with an IRS audit, Alan falling in love with a woman who opened up his world sexually, Alan’s approval of Judith dating a well-to-do doctor, Judith moving into Charlie’s house, Jake and Evelyn trying to be friends, Alan and Charlie chasing after an old friend from high school — a geek-turned-hottie who wants them both, Alan going on a double-date with Evelyn, and Rose revealing an ironic truth about her background. Overall, season two has a lot of fun moments. The cast continues to give stellar performances with a wonderful chemistry together. Of note, Charlie Sheen is excellent and his carefree personality makes every scene he appears in a laugh riot. Jon Cryer is also quite good with his neurotic, goofy character. The youngest lead, Angus T. Jones, does a fine job complimenting the two older leads.