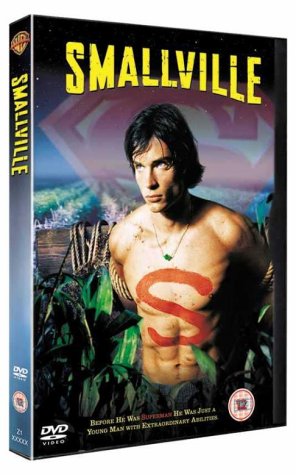 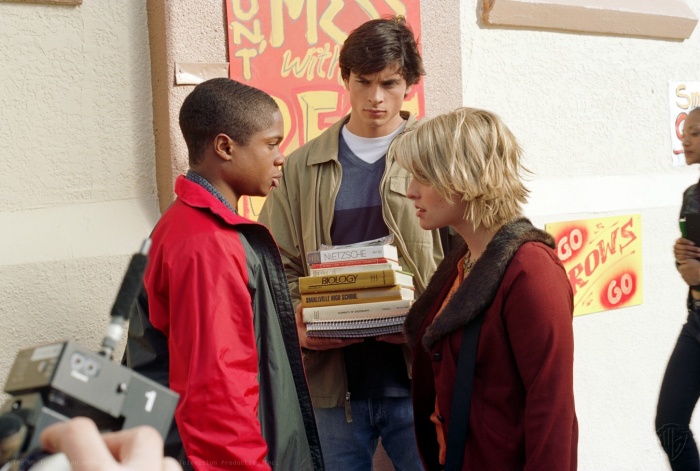 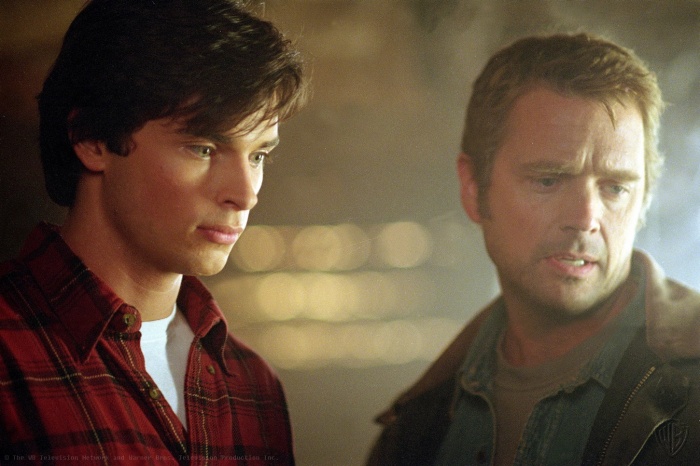 Coming only a few years after the somewhat successful, but often corny, Lois & Clark, there were a lot of expectations and fears going into Smallville. Would the series appeal to die-hard Superman fans, or would it just be another WB drama geared toward teenagers? 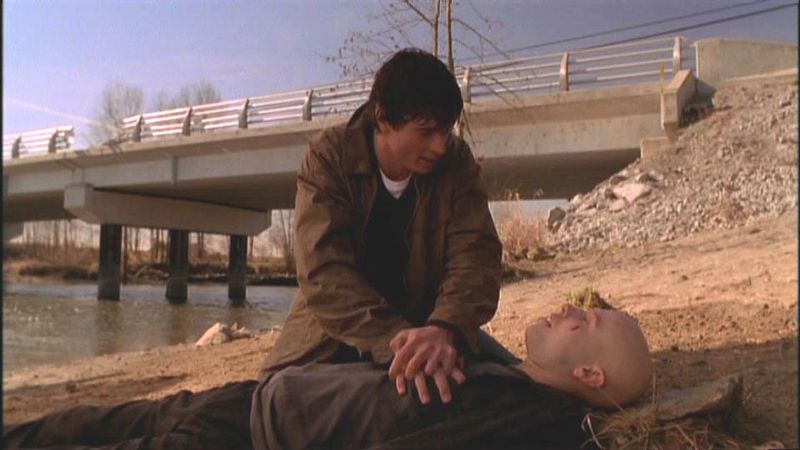 Fortunately, Smallville turns out to be super – easily the best on-screen depiction of the Superman character since the original Superman: The Movie. But it does take most of the season to get things rolling. Too many of the shows in Season One are simply “Villain of the Week” kind of deals, with Clark Kent going up against a villain who has one superpower or another (the explanation for why all these genetically altered people are showing up in Smallville is attributed to the meteor shower that hit the town – and brought Clark to Earth). 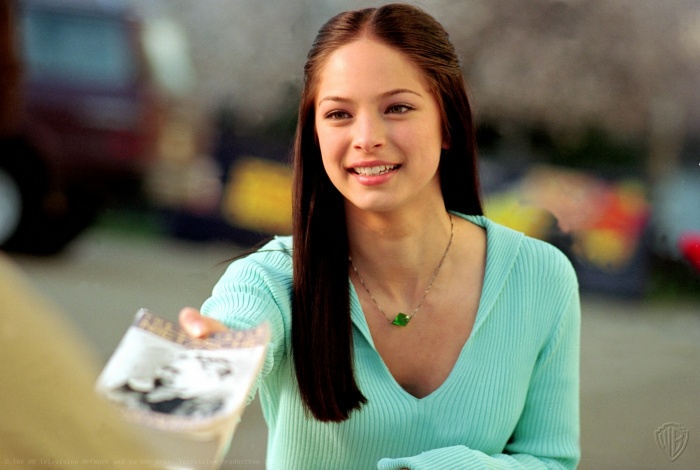 It is obvious, however, in the early going that the relationships between the main characters would develop into something special. Clark is just beginning to discover his super powers (he does not yet have the ability to fly – following the concept that he will not gain all of his super powers until he reaches maturity), and Lex Luthor actually starts out as a good guy, who is slowly turning towards his evil ways. Also noteworthy is the developing relationship between Clark and Lana Lang, a girl whom he is infatuated with, but can’t get close to…not only because he is unsure of himself, but because Lana (whose parents were killed in the meteor shower) sports a necklace with a piece of the meteor as a way of remembering her mother and father. The meteor is, of course, Kryptonite, so Clark both literally and figuratively gets weak in the knees every time he gets close to the woman he loves! 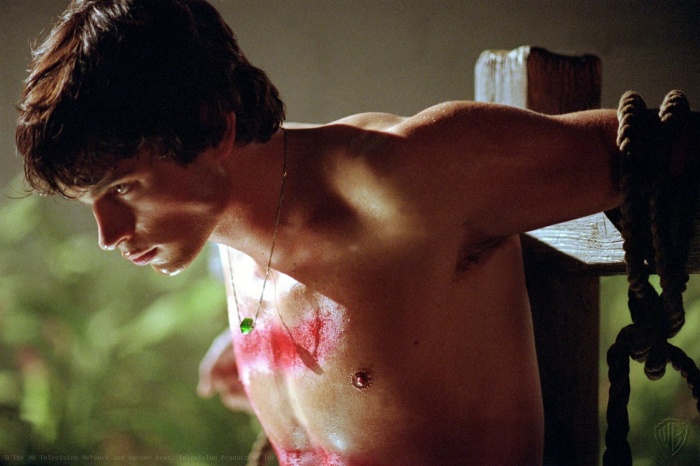 But the relationship that is really worth tuning into Smallville for is the one between Clark and his adoptive parents (played by Dukes of Hazzard’s John Schneider and Superman III’s Annette O’Toole). I really like the father figure presented here for a young Clark – a man who both loves his son, yet is afraid about how his special abilities may affect his future. It’s really a relationship that has never been deeply developed in any previous incarnations of the Superman legend, so it’s nice to see a show that focuses on it so strongly. 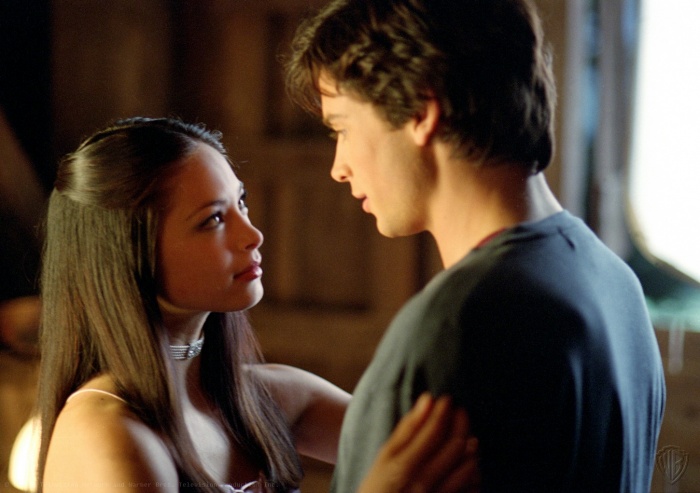 By the time Season One wraps up, all the pieces are in place for Season Two – which really did a great job of exploring Clark’s Kryptonian heritage and had him start asking some real questions about his purpose in life. But until Season Two arrives on DVD (or you catch the reruns on the WB), Season One has enough to keep fans entertained. So keep in mind when viewing these shows that they do indeed get deeper and more meaningful as they go along. 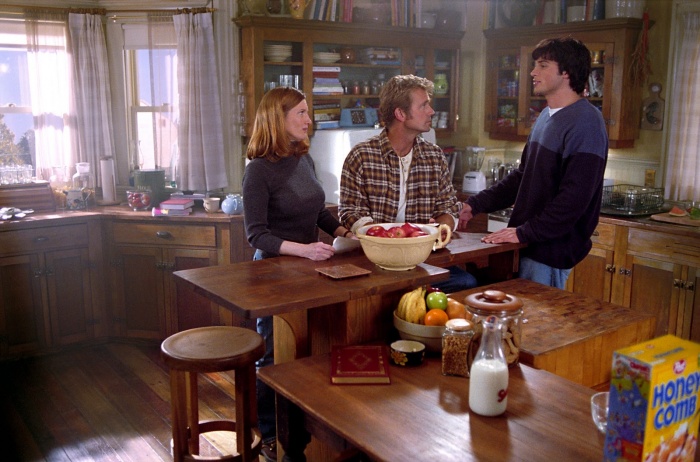 The overall episodes are fairly strong, and for the most part, presented well on DVD format by Warners. It’s getting a “Highly Recommended” not so much for the overall package, but for the overall strength of the episodes. Sure to bring new fans to the series and appease those who are already big followers of the show, this box set may not leap tall buildings in a single bound, but it has got enough spring in it to make it a worthwhile purchase.