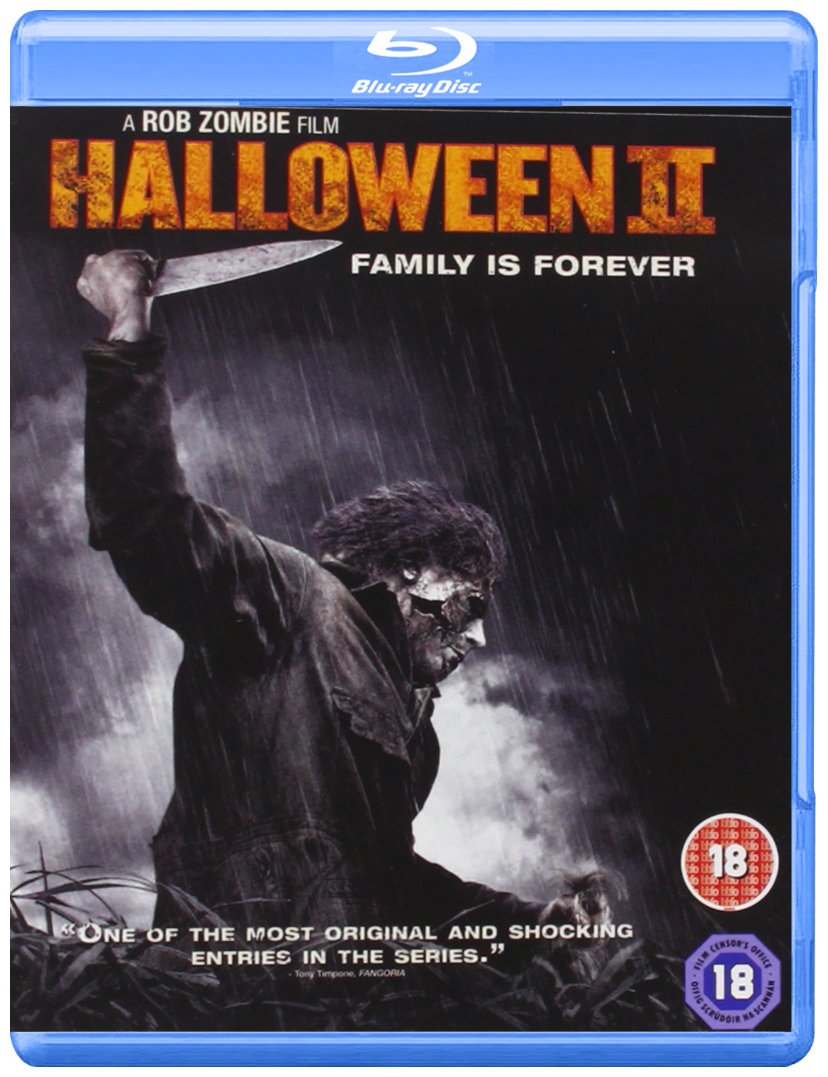 In a flashback, Deborah Myers (Sheri Moon Zombie) visits her son, a young Michael Myers (Chase Wright Vanek), at Smith’s Grove Sanitarium. She gives him a white horse statuette as a gift. Michael says that the horse reminds him of a dream he had of Deborah’s ghost, dressed in all white and leading a horse down the sanitarium halls toward Michael, telling him she was going to bring him home. Fifteen years later, after having shot an adult Michael (Tyler Mane), Laurie Strode (Scout Taylor-Compton) is found wandering around in a state of shock by Sheriff Brackett (Brad Dourif), who takes Laurie to the emergency room. Meanwhile, the paramedics pick up the Sheriff’s daughter and Laurie’s friend Annie (Danielle Harris) and Michael’s psychiatrist Dr. Loomis (Malcolm McDowell), who are still alive after having been attacked by Michael, and take them to the hospital. Presumed dead, Michael’s body is loaded into a separate ambulance. When the driver has a traffic accident, Michael awakens and escapes the ambulance, walking toward a vision of his mother dressed in white and leading a white horse.
Michael appears at the hospital, and begins murdering everyone he comes across on his way to Laurie. Trapped in a security outpost at the gate, Laurie watches as Michael tears through the walls with an ax, but just as he tries to kill her, Laurie wakes up from the dream. It is actually one year later and Laurie is now living with the Bracketts. Michael has been missing since last Halloween—still presumed dead—and Laurie has been having recurring nightmares about the event. While Laurie deals with her trauma through therapy, Dr. Loomis has chosen to turn the event into an opportunity to write another book. Meanwhile, Michael has been having visions of Deborah’s ghost and a younger version of himself, who instructs him that with Halloween approaching it is time to bring Laurie home; so he sets off for Haddonfield.

As Michael travels to Haddonfield, Laurie begins having hallucinations that mirror Michael’s, which involve a ghostly image of Deborah and a young Michael in a clown costume. In addition, her hallucinations also begin to include her acting out Michael’s murders, like envisioning herself taping Annie to a chair and slitting her throat while dressed in a clown outfit—similar to how a young Michael murdered Ronnie White. While Laurie struggles with her dreams, Loomis has been going on tour to promote his new book, only to be greeted with criticism from people who blame him for Michael’s actions and for exploiting the deaths of Michael’s victims. When his book is released, Laurie discovers that she is really Angel Myers, Michael’s long lost sister.With the truth out, she decides to go to a party with Mya (Brea Grant) and Harley (Angela Trimbur) to escape how she is feeling. Michael appears at the party and kills Harley, then makes his way over to the Brackett house and stabs Annie repeatedly. When Laurie and Mya arrive they find Annie bloodied and dying. Michael kills Mya and then comes after Laurie, who manages to escape the house. While Laurie manages to flag down a passing motorist, Sheriff Brackett arrives home and finds his daughter dead. Laurie gets into the motorist’s car, but before they can escape Michael kills the driver and flips the car over with Laurie still in it. Michael takes the unconscious Laurie to an abandoned shed he has been camping out in. Laurie awakens to a vision of Deborah, and a young Michael, ordering her to say “I love you, mommy”.

The police discover Michael’s location and surround the shed. Loomis arrives and goes into the shed to try to reason Michael into letting Laurie go. Inside, he has to inform Laurie, who believes that the younger Michael is holding her down, that no one is restraining her and that she must maintain her sanity. Just then, Deborah instructs the older Michael that it is time to go home, and Michael grabs Loomis and kills him by slashing his face and stabbing him in the chest. Stepping in front of a window while holding Loomis’s body, Michael is shot twice by Sheriff Brackett and falls into the spikes of some farming equipment. Apparently released from the visions, Laurie walks over and tells Michael she loves him, then stabs him repeatedly in the chest and finally in the face. The shed door opens and Laurie walks out, wearing Michael’s mask. As she pulls the mask off, the scene transitions to Laurie in isolation in a psychiatric ward, grinning as a vision of Deborah dressed in white stands with a white horse at the end of her room.

All in all i enjoyed it.a stylish slasher movie with some real mean slayings.its what the genre is all about.there is alot of rubbish out there but this is not one of them.captain clegg and the night creatures videos are a bit of fun after the movie.