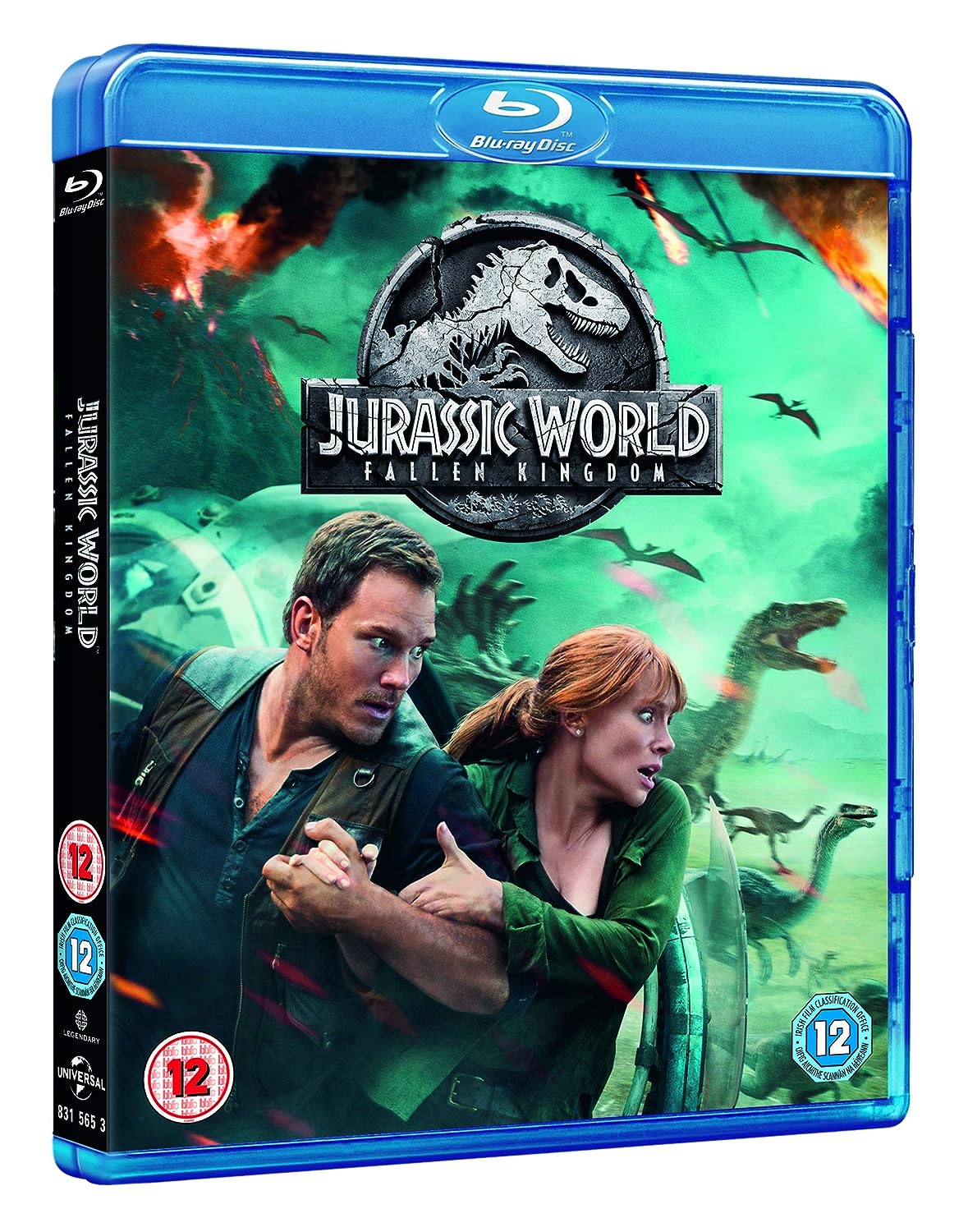 A small team of mercenaries arrives on the abandoned Isla Nublar to collect DNA from the remains of the Indominus rex at the bottom of the park’s lagoon. After successfully collecting a bone fragment, the team’s survivors barely escape the island following attacks by the Mosasaurus and Tyrannosaurus rex; three of them do not make it.A U.S. Senate hearing in Washington, D.C. debates whether Isla Nublar’s dinosaurs should be saved from an impending volcanic eruption from the island’s thought to be dormant volcano Mount Sibo. Mathematician Dr. Ian Malcolm testifies that the dinosaurs should be allowed to perish to correct John Hammond’s mistake of cloning them. Meanwhile, Jurassic World’s former operations manager, Claire Dearing, has established the Dinosaur Protection Group to save the animals.After the Senate rules against rescuing the dinosaurs, Hammond’s former partner, Benjamin Lockwood, summons Claire to his Northern California estate. Lockwood and his aide, Eli Mills, reveal a plan to relocate the dinosaurs to a new island sanctuary free from human interference. Claire is needed to help reactivate the park’s dinosaur tracking system to locate the animals, particularly Blue, the last surviving Velociraptor. Although they are estranged, Claire recruits Jurassic World’s former Velociraptor trainer and Blue’s alpha, Owen Grady, to help capture her.On Isla Nublar, Claire and former park technician Franklin Webb reactivate the online tracking system. Owen, paleo-veterinarian Zia Rodriguez, and a mercenary team led by Ken Wheatley search for and find Blue. The encounter escalates, resulting in a mercenary soldier shooting Blue, and Wheatley tranquilizing Owen. The mercenaries take Zia with them to treat Blue’s injury. The mercenary ship, loaded with the captured dinosaurs, departs for the U.S. mainland as the volcano violently erupts and the uncaptured dinosaurs including a lone Brachiosaurus are left behind die in the eruption. Claire, Franklin, and Owen sneak aboard in time and assist Zia in transfusing Blue with Tyrannosaurus blood. The group now realize that the captured dinosaurs were never being transported to a new island and are for another purpose.At the estate, Lockwood’s orphaned pre-teen granddaughter Maisie overhears Mills and auctioneer Gunnar Eversol secretly planning to auction the captured dinosaurs on the black market. They will also unveil the Indoraptor, a new genetically-modified dinosaur created by geneticist Dr. Henry Wu using Indominus rex and Velociraptor DNA. Wu wants Blue’s DNA to create an enhanced Indoraptor, unaware that Blue’s blood is contaminated. After Maisie informs Lockwood about the auction, he confronts Mills, who smothers him with a pillow. Maisie is later revealed to have been cloned from Lockwood’s deceased daughter and is the reason John Hammond, who opposed human cloning, ended their association.The dinosaurs are transported to Lockwood’s estate and caged. Zia and Franklin narrowly evade capture, but Owen and Claire are apprehended and confined. Owen incites a Stygimoloch into breaking open their cell. They find Maisie, who leads them to the auction where the Indoraptor is being sold despite Wu’s protests that it is a prototype. Owen disrupts the proceedings by luring the Stygimoloch into the room. In the ensuing chaos, Wheatley tranquilizes the Indoraptor to extract a tooth as a trophy, but it feigns sedation and kills Wheatley, Eversol, and others as it escapes. The Indoraptor hunts Owen, Claire, and Maisie throughout the mansion. Zia releases Blue, who attacks the Indoraptor, causing it to fall through a glass roof to its death.When a hydrogen cyanide gas leak threatens the caged dinosaurs, Maisie frees them, despite Owen’s objections. Mills attempts to flee with the Indominus rex bone but is devoured by a Carnotaurus and the Tyrannosaurus, which tramples the bone. Owen, Claire, Maisie, Zia, and Franklin safely escape, while Blue and the other released dinosaurs flee the estate grounds. In a new U.S. Senate hearing, Dr. Malcolm declares the beginning of a Neo-Jurassic Age, where humans and dinosaurs must learn to coexist. The closing scenes show the freed dinosaurs including Blue, roaming wilderness and outer urban areas.This movie was much better then anticipated. Always been a fan of the Jurassic movies but they have always have been a similar predictable story with simailar characters and plot lines. This movie gives the franchise a fresh feel while maintaining aspects of what has made the franchise one of the most popular of all time.