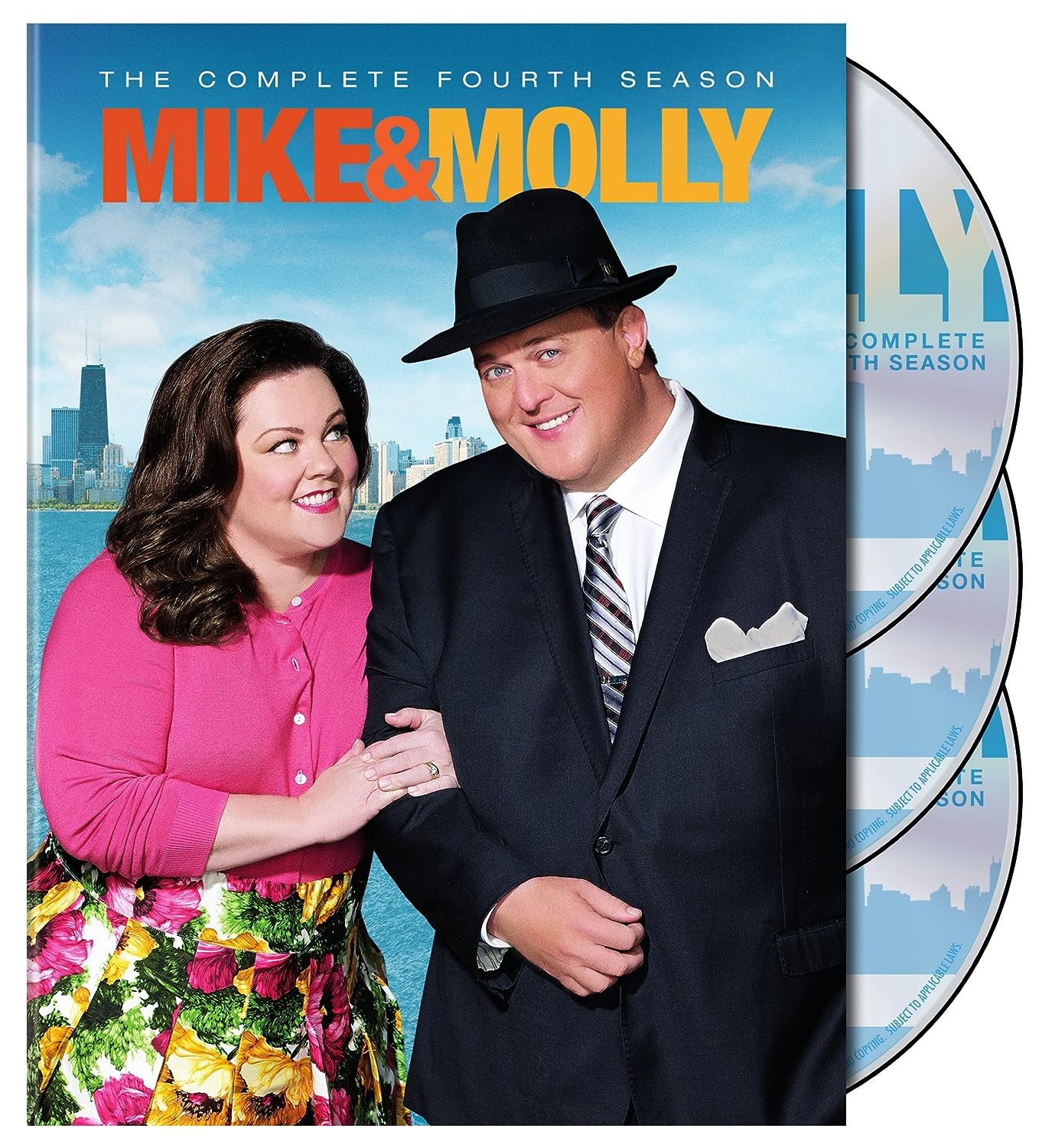 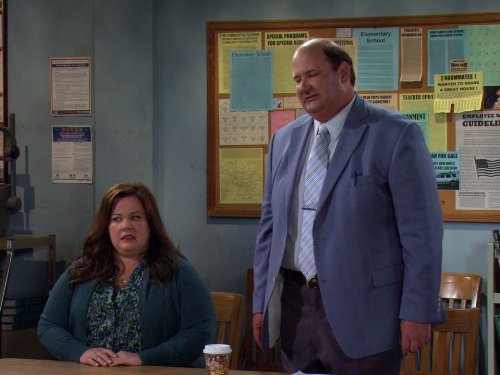 After three seasons of watching the loveable Chicago couple find each other, find love and find a comfortable life for themselves, the fourth season finds Mike and Molly further exploring their relationship, their family and friends, and the crazy world around them. In the season premiere episode, “Molly Unleashed,” Molly abruptly gives up her job teaching elementary school to follow her dreams of becoming a writer. With the ever-present support of her beat-cop husband Mike and her family, Molly sets out to become the woman she was always meant to be. The fourth season of Mike & Molly is filled with surprises. From Molly tagging along with Mike in the squad car for “research” to her adventures in a funeral home under the influence with her sister Victoria, this is the season in which Mike and the rest of the world are given the chance to see what Molly unleashed can really do! 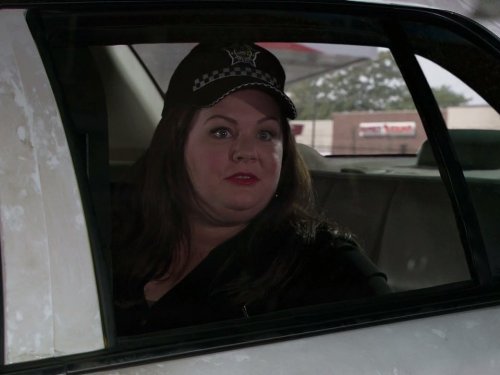 The First and Last Ride-Along

Molly decides writing a crime novel will be her new career, so she goes on a ride-along with Mike and Carl to research a book she wants to pen. 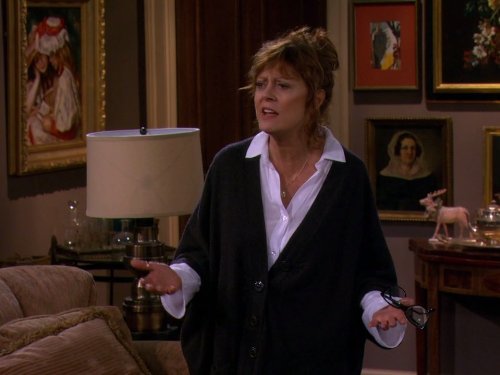 Careful What You Dig For

Molly meets her literary idol, J.C. Small (Susan Sarandon), a cynic who advises her to write about things in her life that she wouldn’t want people to know. Meanwhile, Mike invites his mother to dinner for Thanksgiving in an effort to cheer her up. 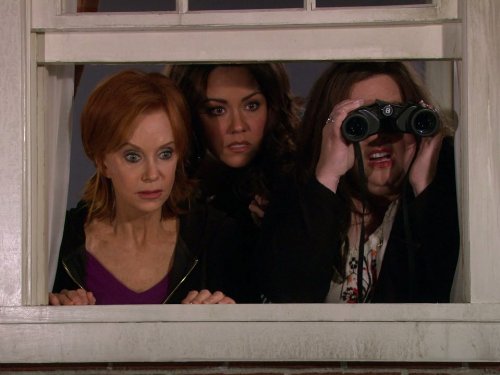 Molly believes her suspicious next-door neighbor, Mr. O’Donnell (Christian Clemenson), is up to no good and recruits Joyce to help her spy on him. Meanwhile, the guys get together for a poker game and end up sharing their dreams and aspirations. 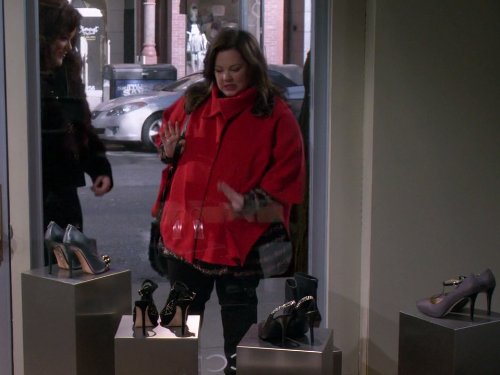 Molly needs to adjust her spending habits if she wants to maintain harmony in her marriage. But she can’t resist buying a pair of shoes on credit and it leads to a fight with Mike, making her decide to look for a job. 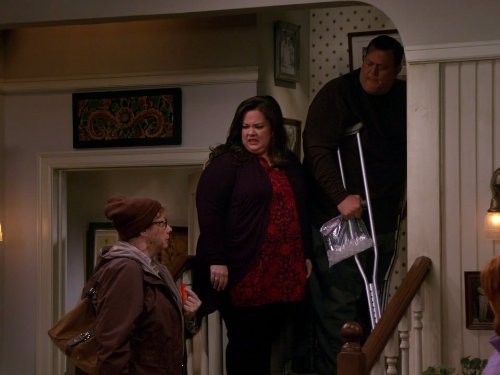 They Shoot Asses, Don’t They?

Mike decides he needs to live every day like it’s his last after being shot while thwarting a robbery. As a result, he tells Carl it’s time for him to quit the police force. 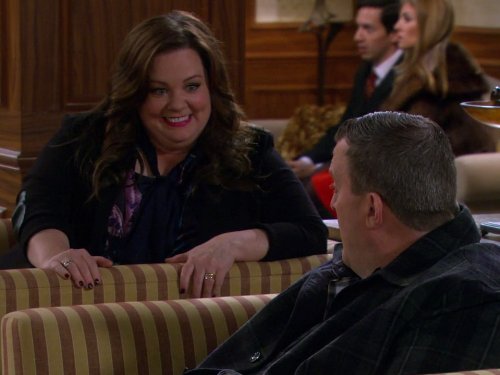 Molly is determined to get Mike out of his routine and tells him to embrace doing anything they want in life.

Following a dramatic argument with Joyce over money, Mike and Molly move into Mike’s childhood room at Peggy’s. 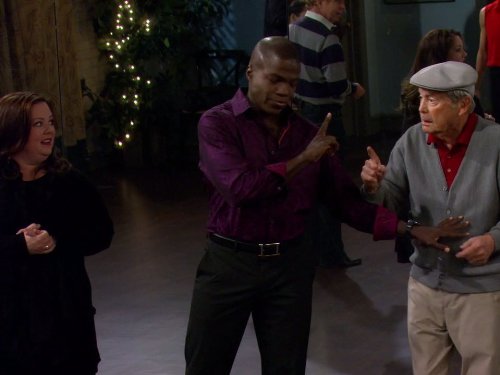 Molly wants to get Mike out of the house and suggests a salsa dance class. When Mike isn’t thrilled with the activity, he asks Carl to replace him as Molly’s dance partner, but gets jealous when he realizes they’re having way too much fun.

Three Girls and an Urn

Molly meets the best buddy of her dreams when Peggy’s childhood friend, Kay McKinnon (Kathy Bates), comes to town, but Peggy is not keen on sharing.

Mike and Carl arrest Molly’s literary hero, J.C. Small, for a DUI. After Molly repeatedly prevents J.C.’s self-destruction, the writer offers to pay Molly to be her assistant and help her complete her latest novel.

Season 4 brought Molly more to the forefront of the show with Melissa McCarthy now a worldwide star, each character still had there moments to shine too. Another great season of the hit show. A good cliffhanger too wetting your appetite for season 5.