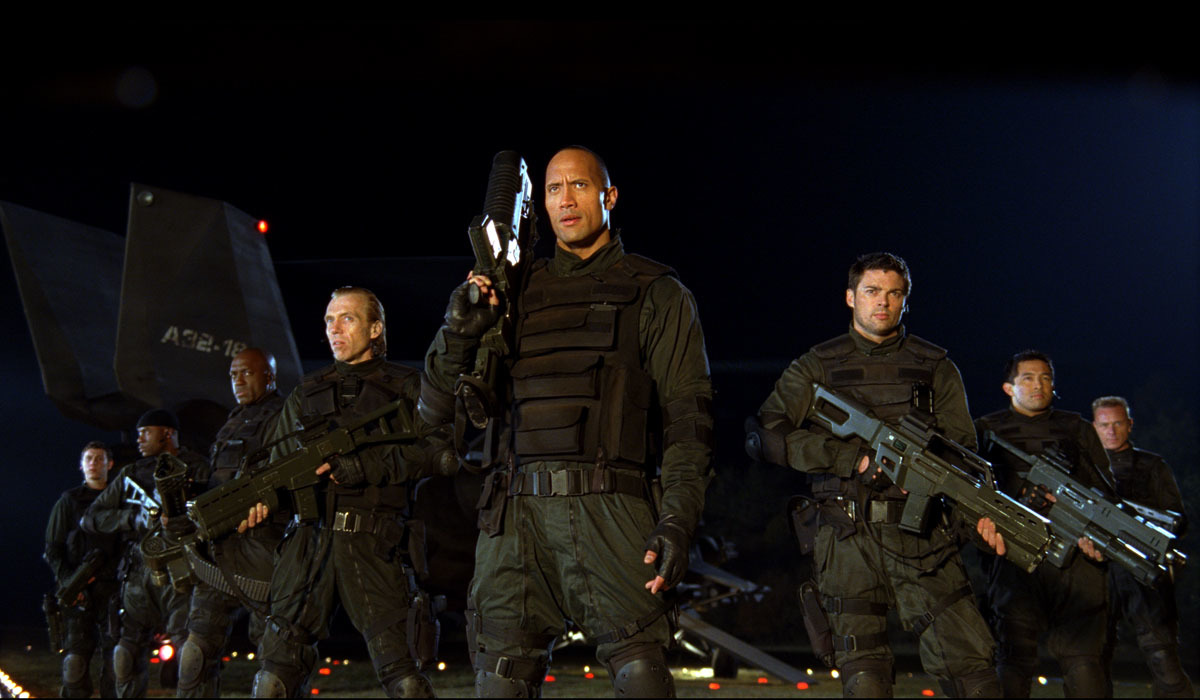 In the year 2026, a portal to an ancient city on Mars is discovered in the Nevada desert. Twenty years later, the heavily populated Union Aerospace Corporation (UAC) research facility on Mars is attacked by an unknown assailant. Following a distress call sent by Dr. Carmack, a group of marines, led by Sarge, is sent on a search-and-rescue mission to Mars while overseen by Marcus “Pinky” Pinzerowski. The team uses a portal to get to Mars. One of the marines, John “Reaper” Grimm, accompanies his sister, Dr. Samantha Grimm, to one of the labs within the devastated sector to retrieve data and he learns that the dig site, where their parents were accidentally killed, was reopened and ancient skeletons of a genetically enhanced humanoid race were discovered. 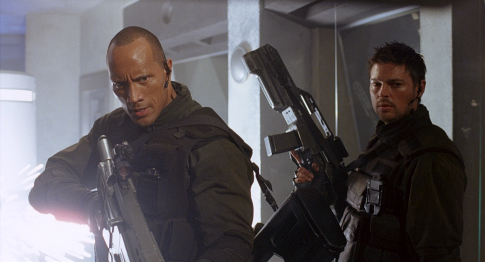 While searching for survivors in the facility, the marines find a traumatized and injured Dr. Carmack and escort him to the medical lab for treatment, but he later disappears. The Marines shoot at an unknown creature in the Genetics Lab that leads them down into the facility’s sewer, where it attacks and kills Goat. The corpse of the creature from the sewers is also taken to the Medical Lab for examination. Sam begins an autopsy on the creature and discovers that its organs are human. She and Duke also witness Goat resurrecting and killing himself by smashing his head against a reinforced window. Later on, the two are attacked by one of the creatures but manage to trap it and realize it is a mutated Dr. Carmack. 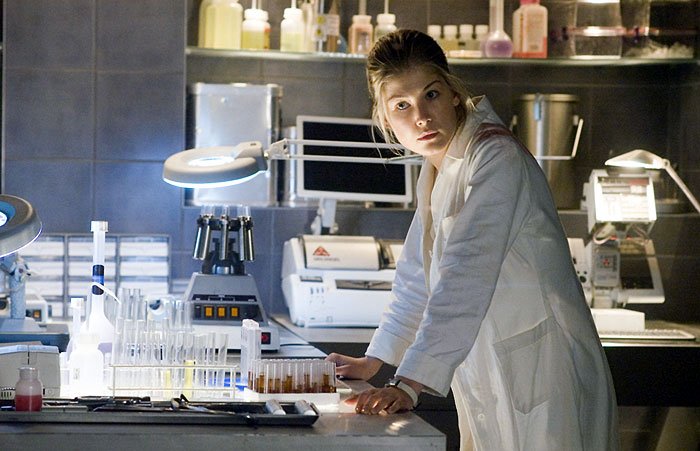 The squad tracks down several of the creatures with mixed success, leading to deaths of Mac, Destroyer, and Portman. An angered Sarge puts down the mutated Dr. Carmack. Sam, Reaper, and Sarge learn that UAC was experimenting on humans using the Martian Chromosome (C24) harvested from the remains of the ancient skeletons but the mutants got loose, leading to the outbreak. Sam and Reaper try to convince Sarge that the creatures are humans from the facility, mutated by the C24 serum and that not all of those infected will fully transform into the creatures. Sam hypothesises that some of those introduced to the Martian Chromosome develop superhuman abilities but retain their humanity, while others with a predisposition for violent or psychotic behavior will be more adversely affected.

The creatures use the portal and slaughter and mutate most of the research staff into abominations as well. This leads to Sarge ordering his team to sanitize the entire facility. Kid returns with a scared Pinky, but when he informs Sarge that he didn’t execute a group of survivors he found and refuses to go back and do so Sarge executes the Kid for insubordination, leading to a standoff taking place. The group is then attacked by infected humans who kill Duke and drag Sarge and Pinky away. Reaper is wounded by a ricocheting bullet. To prevent him from bleeding to death, Sam reluctantly injects Reaper with the C24 serum before he passes out.

Reaper regains consciousness and finds his wounds have healed and that Sam has gone missing. Using his new superhuman abilities he fights his way through the facility, even battling a mutated and monstrous Pinky before finding Sam unconscious and Sarge, who has become infected and murdered the group of survivors that Kid found. The pair battle with the aid of their superhuman powers and Reaper is able to gain the upper hand and throws Sarge into the portal to Mars along with a grenade, which destroys Sarge and the Mars facility. Reaper then carries his unconscious sister into the elevator and rides back up to the surface.

There are certain genres that are despised no matter what. The genre of movies based on video games is one of those and rightfully so. There have been a large amount pretty awful video game adaptations. There have been, however, some decent adaptations like Mortal Kombat (the first film, not the sequel) and the Resident Evil films. Now that I’ve viewed the unrated version, Doom can be added to that list. Although not nearly as stylish and entertaining as Mortal Kombat or Resident Evil, Doom may not be the mind-blowing spectacle that fans of the video game were hoping for, but at least it knows what it is: a fun Aliens knock-off. Unlike Aliens, Doom lacks a strong story and well-developed characters that the audience can cheer for. The characters here are barely one dimensional. They are given essentially no motivation for what they do and as a result, the movie suffers. Still, it’s better than one would expect thanks to some slick directing, a couple solid action sequences, and The Rock.