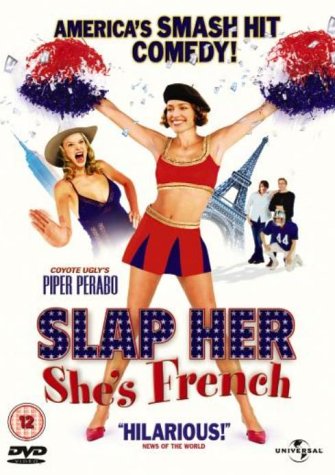 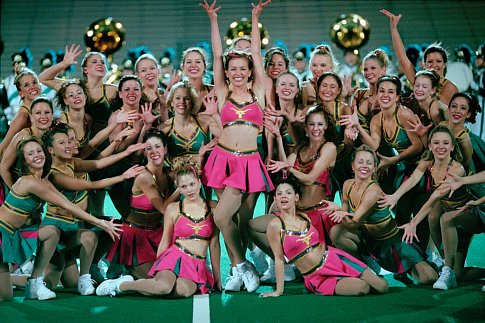 High school student Starla Grady is the popular head cheerleader and pageant queen of the small town of Splendora, Texas. She hosts a French foreign exchange student, an orphan named Genevieve Le Plouff. After winning the affections of Starla’s parents, friends, and boyfriend, Genevieve soon begins to take over Starla’s life. When Starla is forced to quit the cheerleading squad after getting some bad grades in French, Genevieve moves in to take her place, and then the roles are reversed. Soon, Genevieve is the popular head cheerleader, and Starla is the unpopular student. Soon Genevieve takes Starla’s place in the News Anchor Competition, and, framed by Genevieve, Starla is arrested for possessing a knife and getting high on mushrooms. But then Starla learns that Genevieve was, in fact, a former elementary school classmate, whom Starla had embarrassed so much that she felt compelled to move to France and has come back in disguise to get revenge on Starla. 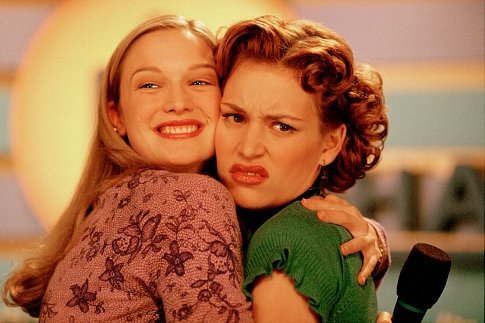 With her charade exposed, Genevieve leaves town in disgrace and Starla reclaims her status in school and town although she never achieved her ambition of becoming a reporter nor getting a college scholarship, she now feels that she’s a changed woman. However, the final scene shows Genevieve, now demonstrating her true Texan origins, stealing Starla’s ID card/drivers license and returning to France and she is welcomed to her new adoptive French family upon her arrival in Paris, play acting as Starla… and strongly implying that she’ll start the process of building a new life for herself by trickery, deception, and manipulation all over again.