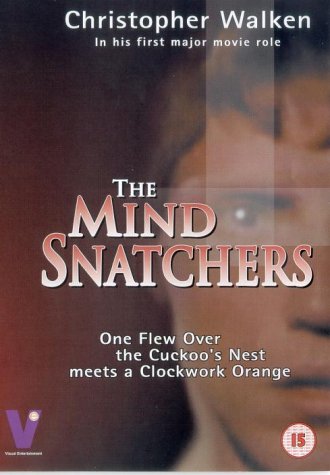 A young Christopher Walken brings his typically dynamic presence to this low key drama with a touch of sci-fi. He plays Private James Reese, an aggressive young soldier stationed in Germany who gets in trouble one too many times to suit his superiors. So they ship him off to a hospital in the country where Dr. Frederick (Joss Ackland), the man in charge, has come up with an experimental way to suppress hostile behaviour. Reese doesn’t trust Frederick, and is suspicious of the whole set-up and location. The Army, represented by a Major (Ralph Meeker), is overseeing the whole thing and of course doesn’t want anything jeopardizing their efforts.

Those new to this film,  may be caught a little off guard with the nature of this film, which the advertising tries to sell as a horror movie. Well, there’s some scary stuff in this story (based on the play by Dennis Reardon), but this is definitely not a horror movie in the traditional sense. It’s quite deliberate in its pacing, and is very talky, so it may test the patience of some audience members. Still, it’s often amusing, and interesting. A lot of the running time is devoted to portraying the evolving relationship between Reese and his live wire fellow patient Boford Miles (an incredible, standout performance by Ronny Cox). Miles is a very troubled individual, as we see from the kinds of things that he gets up to. It’s a saddening moment for the character when he finally relents to being subjected to the experimental procedure, and you feel quite bad for him.

Ultimately, the plight of these characters makes for fairly compelling material. The actors are all wonderful; Walkens’ trademark personality shines through at some points, although he also gets a chance to do some really serious acting, in what was one of his earliest movie roles. Cox (who was also a relative newcomer to film, having made “Deliverance” previously) is excellent and he and Walken work well together. Ackland and Meeker are both solid as the well-meaning and not so well-meaning antagonists, character actor Marco St. John has a lively role as a jovial orderly, and Bette Henritze is touching as kindly nurse Anna Kraus. This may not be anything truly special, necessarily, but it’s still potent and involving entertainment and fans of Walken and Cox will almost certainly want to give it a look.