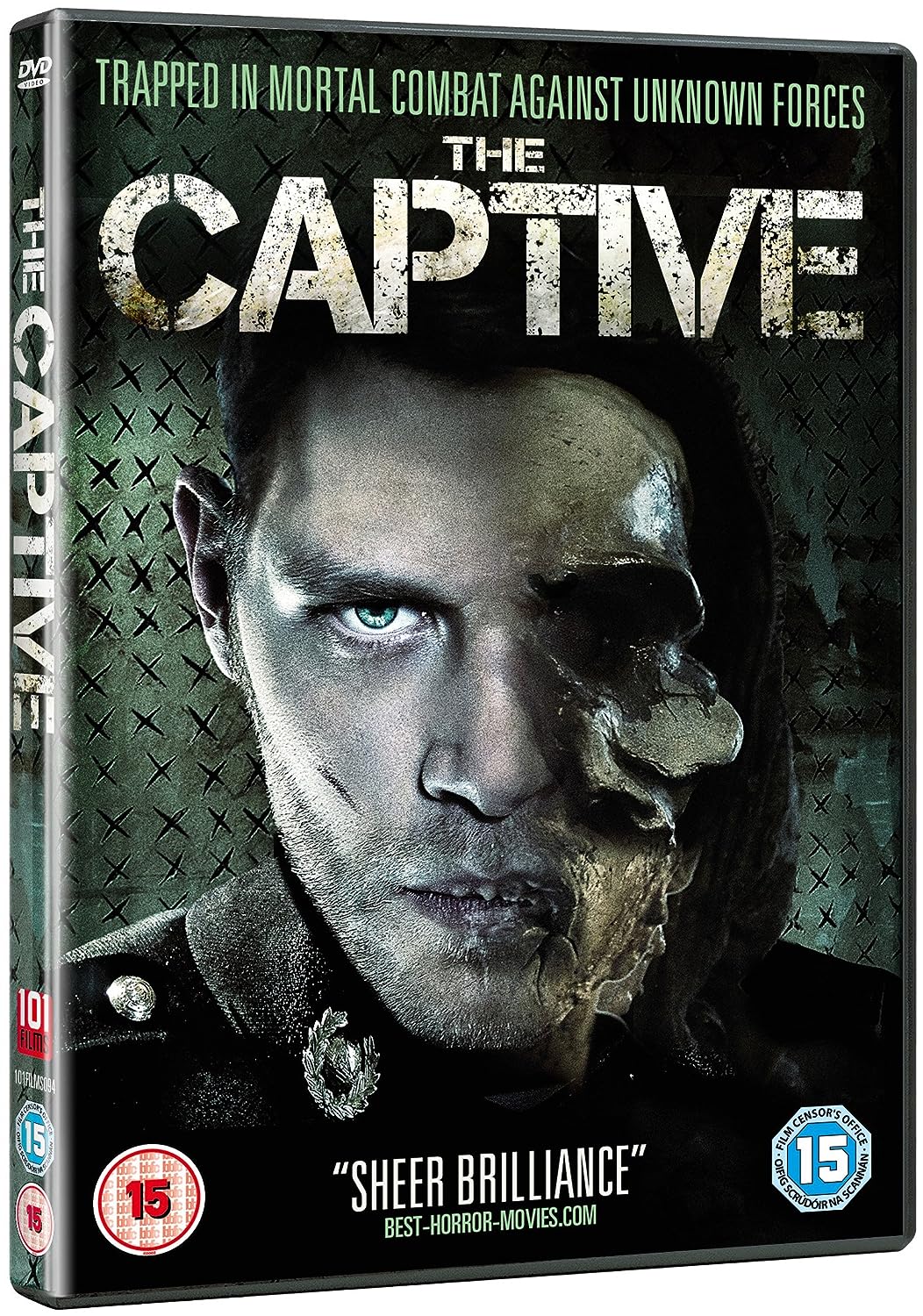 Self-Contained films can sometimes be hard to pull off but when done right they can be a real surprise. Luke Massey’s The Captive aka Armistice is one such example of a seemingly simple premise having much darker and more affecting themes than what’s on the surface.

Royal Marine A.J. Budd (Joseph Morgan) awakens in a mysterious house. In the kitchen is a sandwich and a cup of coffee. Then the clock strikes 9am and our bewildered star finds himself fighting with a grotesque creature. Then it happens again. The same scenario. It plays out the same way every day. Exhausted, frustrated and puzzled, our hero marine must unlock just what’s going on and why. Who is keeping him captive and why? And what are these beasts attacking him every day?

On the face of it The Captive is a drama in the guise of a horror but take a look underneath and you’ll find an intensely thought-provoking story about how war affects a soldier. Morgan makes a somewhat lonely role impressive for the most part – some moments of drama feel a bit overcooked at times and he’s not helped by the odd ropey moments of dialogue but these are small niggles.

As the story develops it become apparent the symbolism and metaphors mean a lot more than first appears. The house, for one, could be a construct created by his psyche. His way of containing everything he’s experience at war. Meanwhile the creatures he battles each day could be seen as the demons he’s facing for the monstrous things he’s done.

With a tight running time and no fat to trim, The Captive is a thought-provoking tale of the horrors soldiers must deal with played out as a creature feature of sorts.