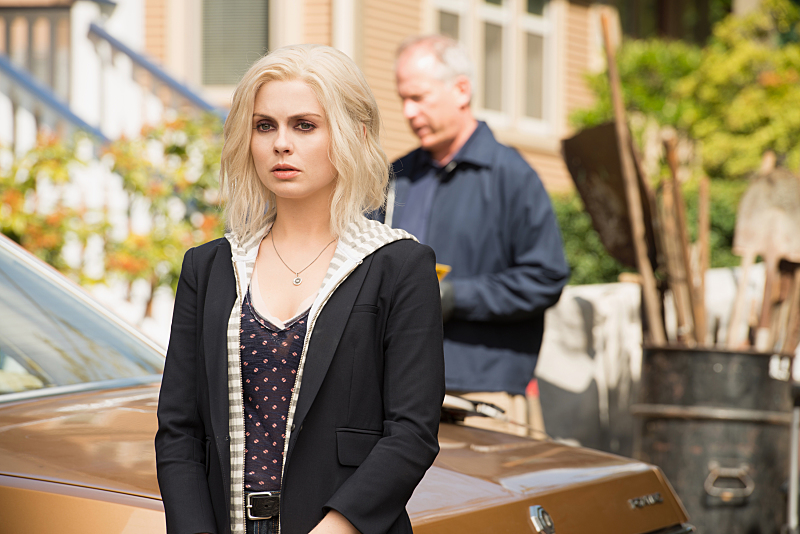 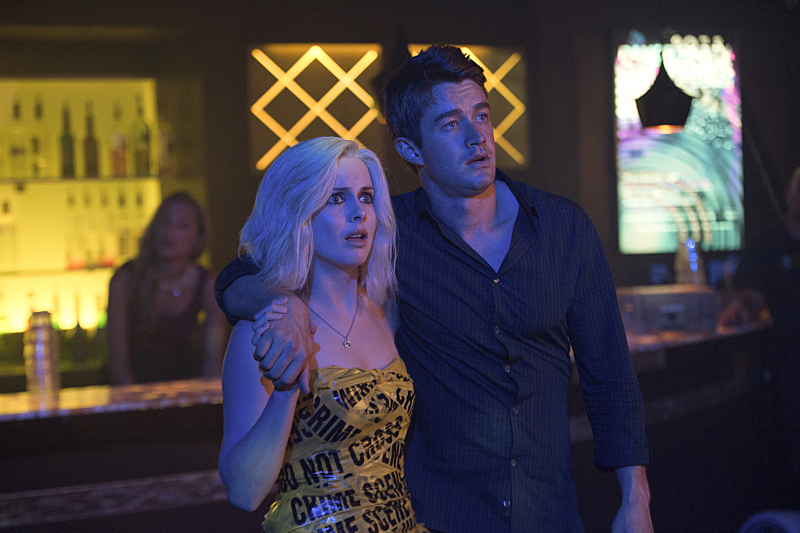 Consistently offering clever, witty and fun episodes, iZombie solidified itself as one of the most entertaining series on TV in its second season. Rob Thomas and Diane Ruggiero-Wright had already created an offbeat yet inviting world in Season 1 and in Season 2 they built upon it, putting the characters into more intense and involving situations, all while still maintaining the show’s crucial, knowing sense of humor. 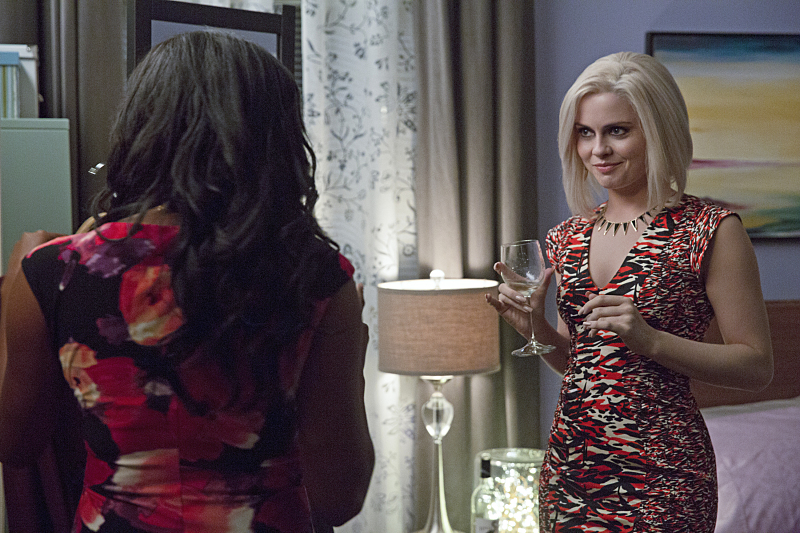 The cast continue to be one of the most likeable you’ll find, anchored by the excellent Rose McIver. Okay, it’s one of the show’s reaches that pretty much every brain Liv eats is a very focused, specific type of person, but that’s just part of the deal here. And it gives McIver so much to work with, as she goes all in playing Liv taking on personas as varied as a coach, a stalker, a costumed vigilante or a tough stripper. Every week, McIver is given something different to play and she consistently nails it, with ongoing mileage gotten out of how out there and uncharacteristic Liv gets, depending on her latest brain meal. 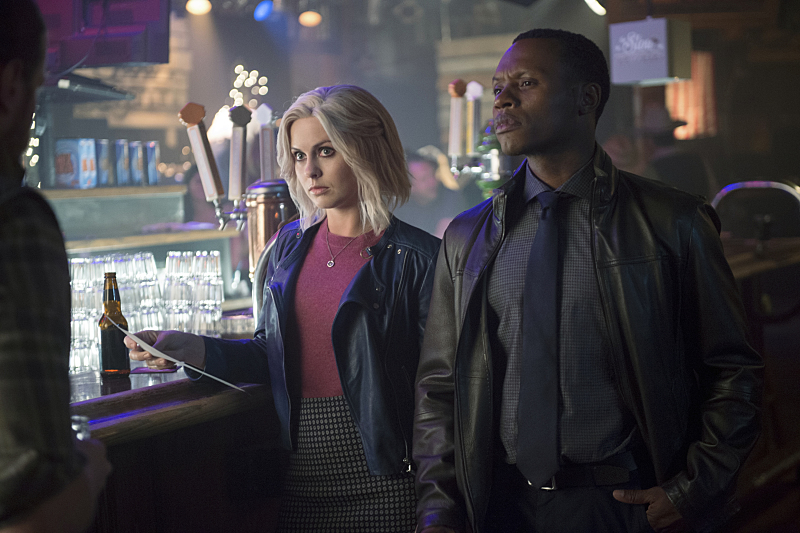 After his heartbroken ex-fiancé character take a surprising (and awesome) turn at the end of Season 1, Robert Buckley’s Major got a great storyline in Season 2, as he found himself working for Vaughn Du Clark (Steven Weber), tasked with assassinating zombies – all while actually locking them up instead, which put him in a very precarious position both with Du Clark and the cops and the FBI, who were getting closer and closer to him for his actions in both Season 1 and 2. 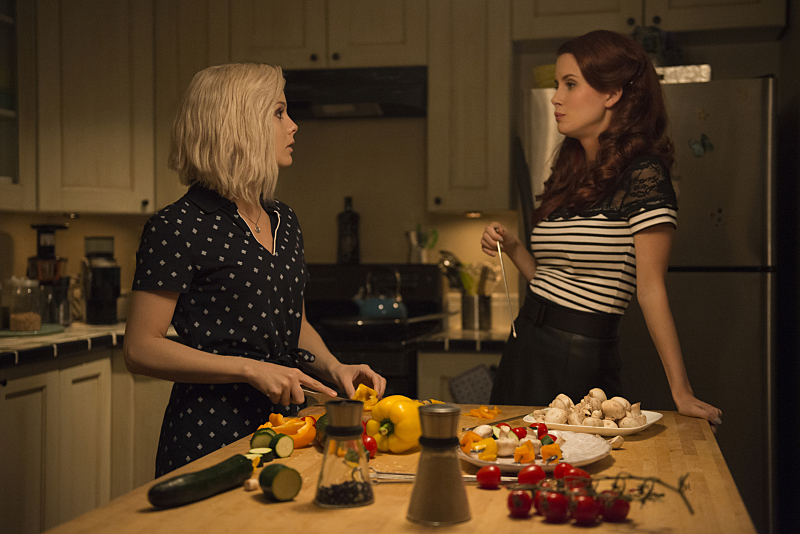 The fact that those investigating Major’s crimes were Clive (Malcolm Goodwin) and his FBI partner/love interest Dale Bozzio (Jessica Harmon) only increased the tension, even while Clive and Dale made a great pairing – with Harmon effortlessly fitting in on the show, as the somewhat goofy Dale provided a great foil for the somewhat stoic Clive. And in the midst of this, having Clive begin to slowly notice the things that were off about Liv was continually intriguing, since it was inevitable that Clive would one day find out The Secret. 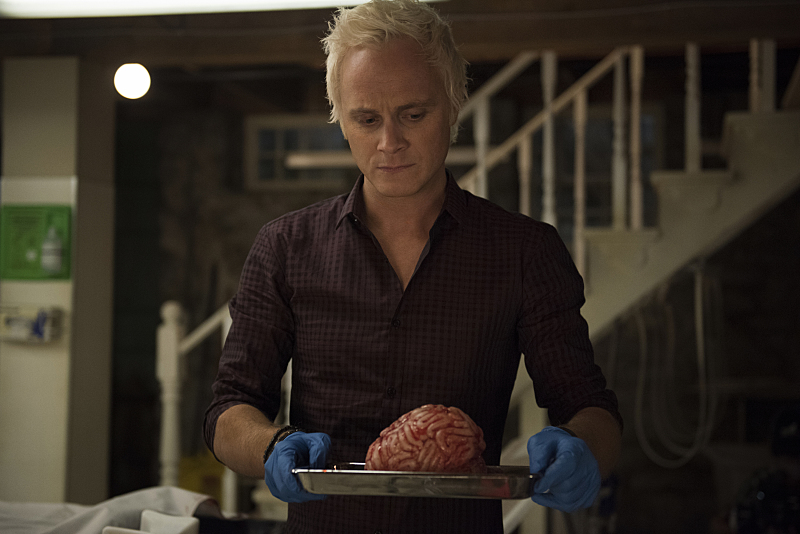 Blaine (David Anders) in the meantime had to adjust to life as a human again – for awhile at least, as he never kept his nose clean and eventually became one of the undead again, with Anders always bringing a wonderfully quirky/funny approach to the character. McIver and Rahul Kohli continued to be a delightful duo in all the scenes between Liv and Ravi and Kohli shined throughout the season, though I do hope Season 3 can perhaps give Ravi more of his own storyline at some points beyond the ongoing search for a cure or the burgeoning love triangle between Ravi, Peyton (Aly Michalka) and Blaine. The end of the season, as Ravi began to suspect Major was up to no good – and their big confrontation about it – showed how strong it can be to use the usually comic presence of Ravi in a dramatic manner that would be interesting to explore again. 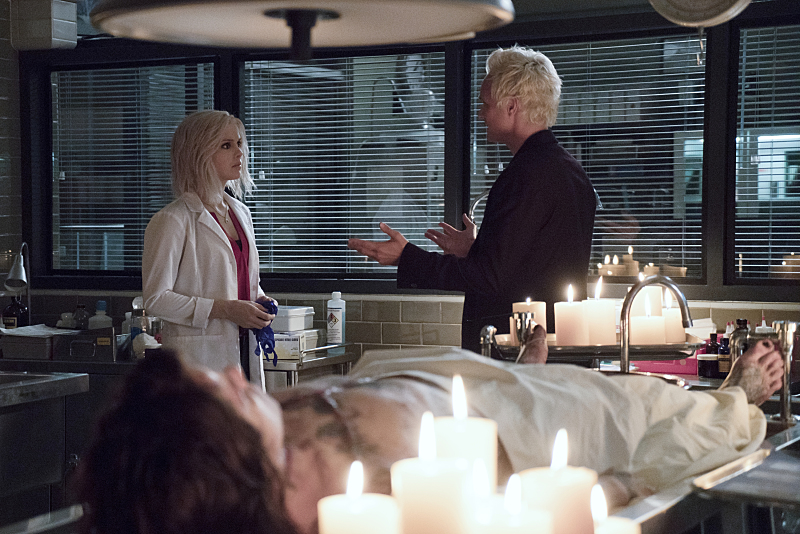 As Season 2 progressed, one really strong element was how it began to bring together several storylines. We began to see Major’s growing interaction with Blaine begin to bring him even more in focus as a suspect for Dale and Clive, while Peyton’s return — it was good to see Michalka, who also fits in great with this cast, get more to do — had her wrapped up with Blaine (in more ways than one) and helping lead us to a new villain on the show, Stacey Boss (Eddie Jemison). 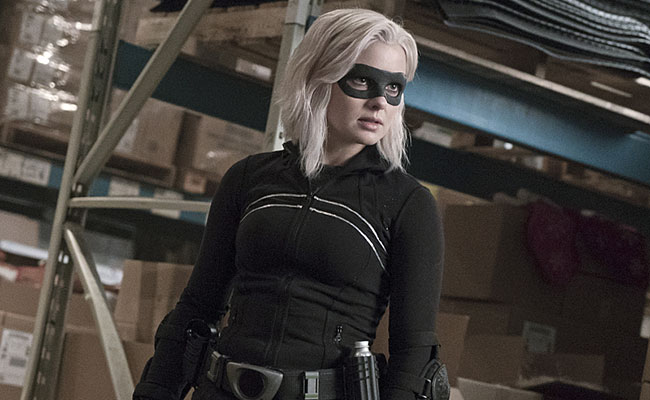 Best of all, the “brain of the week” storylines began to becoming increasingly tied into the main stories as well. And yes, this meant sometimes you had to accept a bit more coincidence on the show, but it still was exciting and gratifying to see how all the different elements were intersecting in different ways and how Liv could learn new info thanks to a new murder victim connected in ways that were sometimes not apparent on the surface. 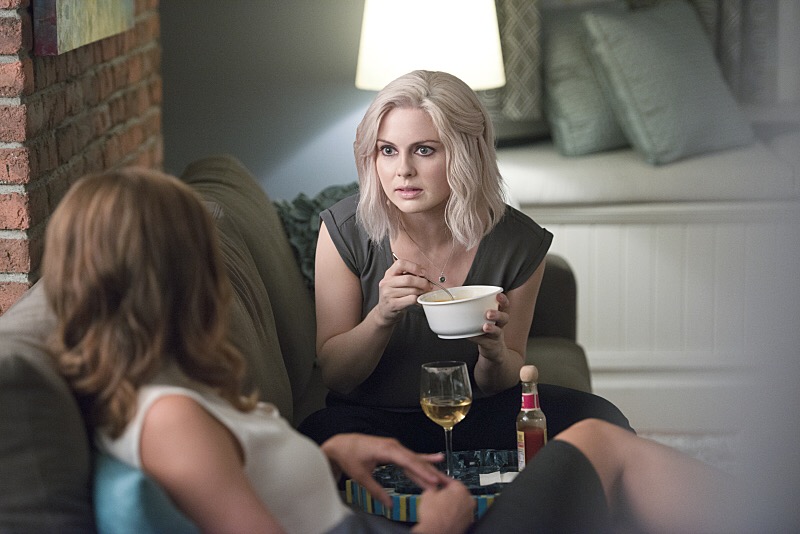 When it came to Big Bads, Vaughn Du Clark certainly delivered. Stephen Weber seemed to be having a ball in the role and was delightfully awful as the energetic, confident mega-douche of a sports drink company CEO. He was also given a great foil in Gilda (Leanne Lapp), his daughter, who was just as corrupt as her dad. Gilda has no qualms about manipulating Major, Liv or anyone else and Lapp brought just the right attitude to the character – even as we saw just how awful Du Clark was as a dad, giving us a tinge of sympathy, or at least understanding, about why she was the way she was, even as it was clear she needed to be stopped. The season also ended in an epic, satisfying manner, with Clive finally finding out the truth, an all-out “Romero Zombie” attack and both Du Clark and Gilda being taken out – all while we met a huge new player on the scene that looks to be upending the show in a huge way. 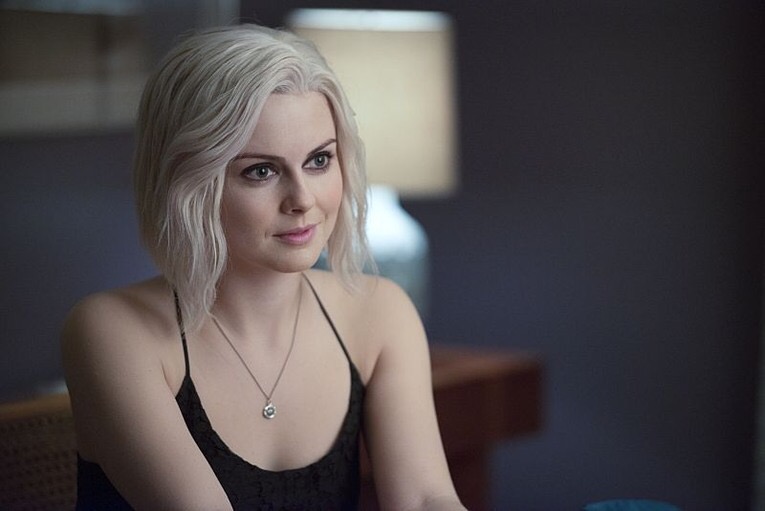 Nearly every week, iZombie continued to deliver in its second season and the show easily overcame any sophomore slump worries. The creators and cast seem to know exactly the right  tone to go for here, offering up a show that has a fun, accessible vibe but can get suitably intense, dramatic and gory when need be. When the CW gave all of their series early renewals last year, iZombie was one of the ones I know I was celebrating the most. Bring on Season 3!