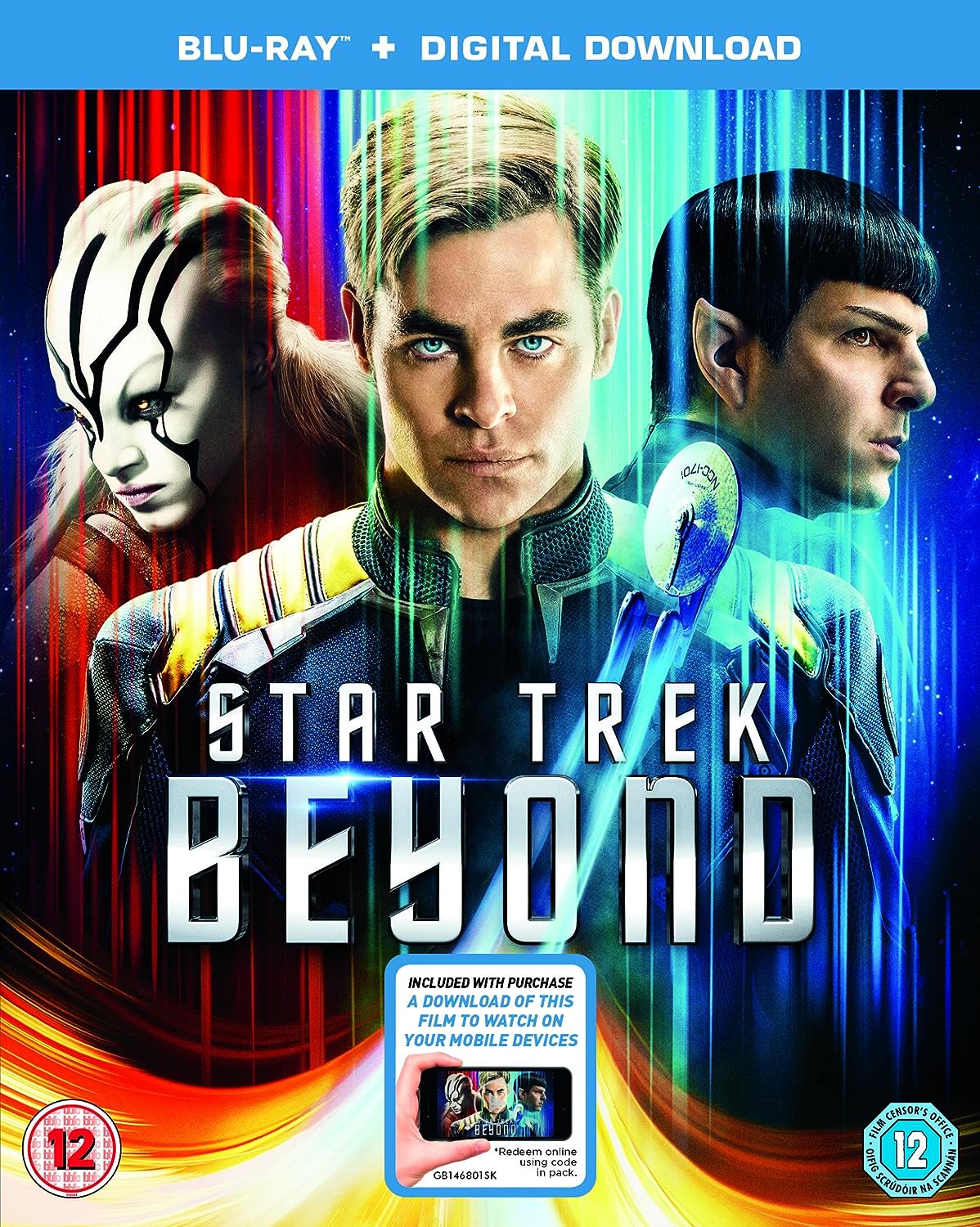 Three years into its five year mission, the USS Enterprise arrives at Starbase Yorktown, a massive space station, for resupply and shore leave for her crew. Struggling to find continued meaning in the endless nature of their mission of exploration, Captain James T. Kirk has applied for a promotion to Vice Admiral and commanding officer of Yorktown. He recommends Spock as the new captain of the Enterprise. Meanwhile, Hikaru Sulu reunites with his husband and their young daughter, Montgomery Scott works to keep the ship operational, and Spock and Nyota Uhura amicably end their relationship; Spock also receives word from New Vulcan that Ambassador Spock (Spock’s future self from the original timeline) has died.

The Enterprise is dispatched on a rescue mission at short notice after an escape pod drifts out of a nearby uncharted nebula. The survivor, Kalara, claims her ship is stranded on Altamid, a planet within the nebula. The rescue turns into an ambush when the Enterprise is quickly torn apart by a massive swarm of small ships. Krall and his crew board the ship, and unsuccessfully search for a relic called an Abronath that Kirk had obtained for a failed diplomatic mission. Krall captures and removes many crew members from the ship. Kirk then orders the crew to abandon ship as the Enterprise’s saucer section hurtles towards the planet.

On the planet’s surface, Sulu, Uhura, and other survivors are captured by Krall. Kirk and navigator Pavel Chekov, accompanied by Kalara, locate the wrecked saucer section. Kalara is discovered to be following Krall’s orders when she tries to retrieve the Abronath. To escape Krall’s soldiers, Kirk activates the still-functional thrusters, causing the saucer to lurch forward, crushing Kalara. Meanwhile, a wounded Spock and Dr. Leonard McCoy search for other survivors. Spock confides to McCoy that he intends to leave Starfleet to continue the late Ambassador Spock’s work on New Vulcan. Meanwhile, Scott is rescued by Jaylah, a scavenger who previously escaped Krall’s encampment. She takes Scott to her makeshift home, the grounded USS Franklin, an early Starfleet vessel reported missing over a century earlier. Scott is reunited with Kirk, Chekov, McCoy and Spock. Using the ship as a base, they plot to raid Krall’s camp and transport the crew to the Franklin, then escape the planet in the repaired ship. Meanwhile, Krall coerces Ensign Syl to hand over the Abronath that she had kept hidden for Kirk, then kills her with it. The Abronath is the missing half of an ancient bioweapon, created by the planet’s original inhabitants, which can disintegrate any humanoid. With the device complete, Krall intends to attack Yorktown and kill its inhabitants, and, using its advanced technology, go on to attack the Federation. Kirk and the others free the crew as Krall launches into space with the bioweapon, leading his drone fleet to Yorktown.

The Starfleet crew pursues Krall in the Franklin. Scott transports Spock and McCoy into one of Krall’s drone ships. After dispatching the pilot, they learn that VHF transmissions can disrupt Krall’s communications. Matching the drone fleet’s frequency and using the ‘classical’ song “Sabotage” by the Beastie Boys, they destroy almost the entire fleet. Krall and his three surviving ships crash in Yorktown. As Krall flees into the city, Uhura and Kirk discover from the Franklin’s logs that he is actually Balthazar Edison, the former captain of the Franklin. A pre-Federation human soldier, Edison became disillusioned with the newly founded Federation, rejecting its principles of unity and cooperation with former enemies, like the Xindi. When he and his crew were stranded on Altamid by a rogue wormhole, he believed the Federation had deliberately abandoned them. The three survivors prolonged their lives with the technology of the planet’s extinct natives (at the cost of their human physiology and their numerous victims’ lives), and repurposed their dormant drone workers into the swarm. Krall now plans to destroy the Federation and resume galactic conflict. Kirk pursues Krall into Yorktown’s ventilation system, where Krall activates the bioweapon. Before it can be unleashed, Kirk ejects the weapon and Krall into space. Spock and McCoy save Kirk moments before he is also blown into open space.

Commodore Paris closes the unsolved cases of the fate of Captain Edison and the USS Franklin crew. Kirk decides to remain as a captain, and Spock chooses to stay in Starfleet and resumes his relationship with Uhura. Jaylah has been accepted into Starfleet Academy based on Kirk’s recommendation. As the crew celebrates Kirk’s birthday, they view the construction of their new ship, USS Enterprise-A, and after its completion, they depart on their next mission.This film feels in many ways like a completion of the work done to establish the rebooted series. The actors have now made the characters their own and no longer feel like imitations of the original incarnations. The film ends with the commissioning of an all-new Enterprise. As Paramount has already confirmed that a fourth instalment is on the way, we can be sure that Kirk and his crew will continue their little Trek through the Stars for some time to come.