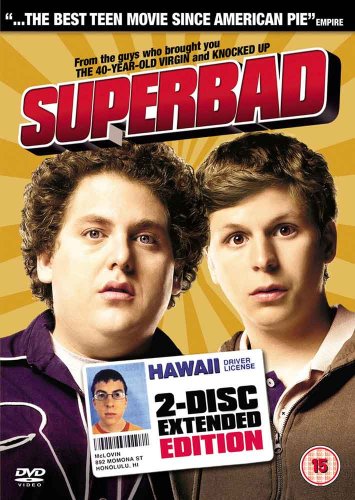 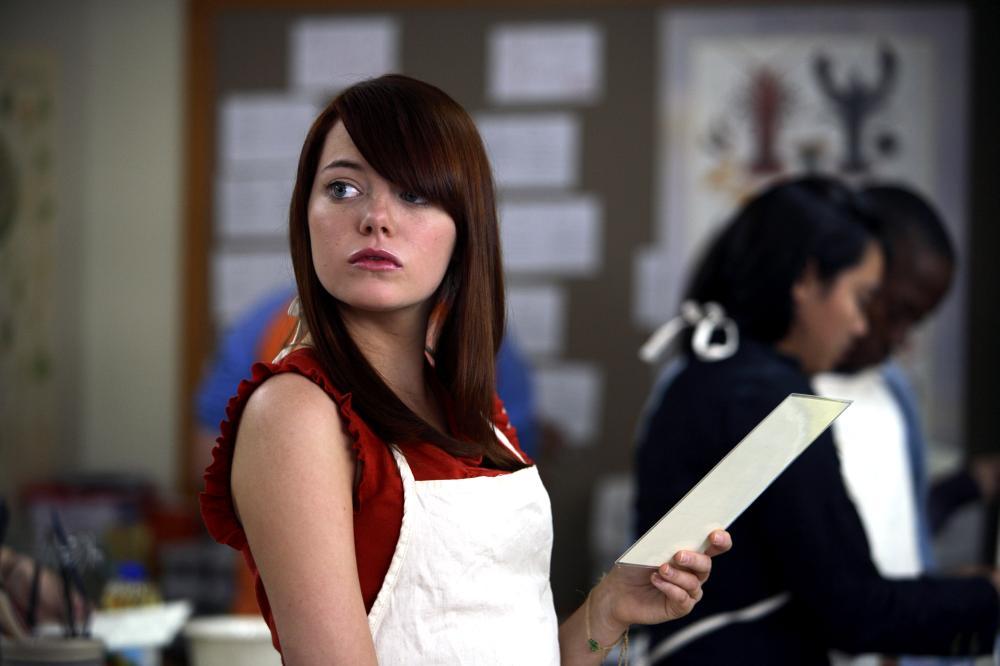 Seth (Jonah Hill) and Evan (Michael Cera) are two high school seniors who lament their virginity and poor social standing. Best friends since childhood, the two are about to go off to different colleges, as Seth did not get accepted into Dartmouth like Evan. After Seth is paired with Jules (Emma Stone) during Home-Ec class, she invites him to a party at her house later that night. Later, their friend Edward Fogell (Christopher Mintz-Plasse) comes up to the two and reveals his plans to obtain a fake ID during lunch. Seth uses this to his advantage and promises to bring alcohol to Jules’ party. Meanwhile, Evan runs into his crush Becca (Martha MacIsaac) and he offers to get her some Goldslick vodka for the party. Fogell’s fake ID is met with derision by Seth and Evan, as it states that Fogell’s name is simply “McLovin”. After contemplating their options, Seth decides they have no choice but to have Fogell buy the alcohol with his fake ID. Fogell goes in and successfully buys the alcohol, but is interrupted when a robber enters the store, punches him in the face, and takes money from the cash register.

When police officers Slater (Bill Hader) and Michaels (Seth Rogen) arrive to investigate the robbery, Seth and Evan believe that Fogell has been busted for the fake ID. Inside the store, Slater and Michaels are apparently fooled by Fogell’s ID and give him a ride to the party. While arguing over what to do, Seth is hit by a car being driven by Francis (Joe Lo Truglio), who promises to take them to a party he is attending in exchange for them not telling the police. During Fogell’s time with the police, they exhibit very irresponsible behavior such as drinking on the job, shooting their firearms at a stop sign, and improper use of their sirens to run red lights. All the while, the three develop a strong friendship. When Seth and Evan arrive at the party, they quickly discover that Francis is not welcome there. Francis is brutally beaten by Mark (Kevin Corrigan), the party host, while Seth fills detergent bottles from the basement with alcohol he finds in the fridge.
After running away from the party, Evan and Seth begin to argue, with Seth angrily asking why Evan is going to Dartmouth when he knew Seth would not get accepted. Evan angrily responds that Seth has been holding him back for years and he does not want to miss out because of him. During the argument, Evan pushes Seth in front of the police cruiser driven by Slater and Michaels. Afraid of losing their jobs, the cops decide to frame Seth and Evan by arresting them, but when Fogell comes out of the car, Evan makes a run for it, and Seth and Fogell escape with the alcohol. While on a bus, a drifter attempts to steal the vodka that Becca wanted, causing it to fall out of Evan’s hand and smash on the floor, after which the trio is kicked off. They run to the party, but on the way, Fogell accidentally clues Seth in on his plans to room with Evan the next year. Hurt, Seth takes the alcohol into the party by himself. At the party, Seth becomes popular and Evan tries to connect with Becca, but she is drunk.

Becca drags Evan upstairs to have sex with him, but he declines and leaves after she vomits next to him on the bed. Meanwhile, Fogell impresses Nicola (Aviva Farber) and goes to have sex with her upstairs as well. Seth drunkenly attempts to kiss Jules, but she turns him down because neither does she drink or want to do anything with Seth while he is drunk. Seth then confesses to Jules his plan to hook up with her while they were both intoxicated and become her boyfriend over the summer before they both departed for college and that he has effectively ruined any chance of that happening. Jules tries to reassure him otherwise, but before she can continue, Seth passes out and accidentally headbutts her, leaving her with a bruised eye. Slater and Michaels bust the party and Seth saves an intoxicated Evan by carrying him out. Fogell’s lovemaking lasts only a second, before he is interrupted by Slater, who scares Nicola away. Michaels calms down Slater, who is angry at Fogell for ditching them.
After they apologize for “cock-blocking” him, they reconcile and reveal they knew Fogell was not 25 the whole time; they had played along, wanting to prove cops can have fun as well. To make it up to Fogell, they pretend to arrest him to boost his popularity, then proceed to drive recklessly and destroy their car with a Molotov cocktail while Fogell shoots it. At Evan’s house, Seth and Evan patch things up and declare their friendship for each other. The next morning, they go to the mall to buy stuff for college, where they meet Jules and Becca, and they all reconcile. Seth takes Jules to buy cover up for her bruise, while Evan makes arrangements to go on a date with Becca. 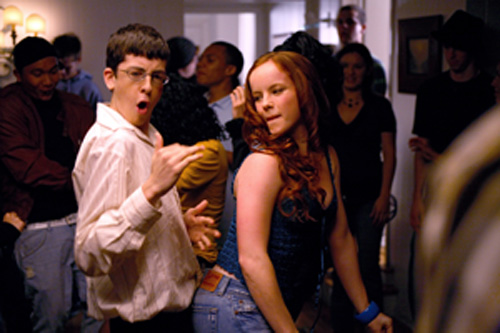 For the type of movie this is and the brilliant script that Seth Rogen has presented, there is no reason why anyone, young or old, can’t relate to this off-the-wall comedy.