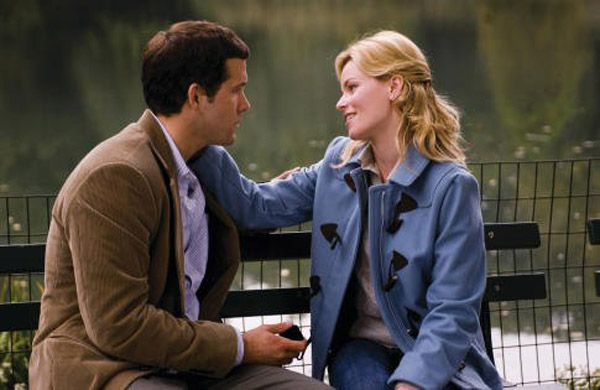 Will Hayes (Ryan Reynolds) is a 38-year-old father who is in the midst of a divorce. After her first sex-ed class, his 10-year-old daughter Maya (Abigail Breslin) insists on hearing the story of how her parents met. Will gives in, but decides to change the names and some of the facts relating to the various love affairs of his youth, thereby creating a love mystery; Maya is left guessing which of the women will turn out to be her mother. The story he tells Maya is depicted in long flashbacks. From time to time the film switches back to the present, where Maya comments (often disdainfully) and asks questions.

The story begins in 1992 when Will, a starry-eyed aspiring political operative, moves away from Wisconsin and his college sweetheart, Emily (Elizabeth Banks) to New York City, where he works on the Clinton campaign. Over the years, Will becomes involved with three women who enter and re-enter his life, including Summer Hartley (Rachel Weisz) an aspiring journalist, and April (Isla Fisher) the copy girl for the campaign. Will and April have a chance meeting outside work, where Will reveals he is going to propose to Emily. When Will practices his proposal to Emily on April, she is taken aback by Will’s heartfelt words, and replies, “Definitely, maybe.” They go back to her apartment, where April has multiple copies of Jane Eyre in her collection, explaining that her father gave her a copy with an inscription in the front shortly before he died, and the book was later lost. She has spent years looking through copies of Jane Eyre at secondhand stores hoping to find the copy her father gave her, but she buys any copy she finds that has an inscription. They kiss, but Will backs away and leaves.

Emily comes back to New York where she confesses, just after Will proposes, that she slept with his roommate. She did it on purpose to break up with Will, saying that she is “letting him go” because she does not share his rather lofty aspirations. After Clinton is elected, Will opens a campaigning business with most of his work colleagues, which enjoys a good amount of success. Before Will left Wisconsin, Emily asked Will to deliver a package to her former roommate, Summer Hartley, who is living in New York City. Will first meets Summer when he gives her the package, a diary that she wrote when she was a teenager (which, among other things, tells of her brief affair with Emily). He finds she is going out with a famous writer who is old enough to be her father. The writer breaks up with Summer, and Will starts a relationship with her. April quits her job and leaves to travel around the world. When she returns, she plans to tell Will that she loves him, but discovers that he is planning to propose marriage to Summer. April reluctantly congratulates him instead. Summer writes a derogatory article about one of Will’s clients. Will cannot rationalize this conflict of interest, and he ends his relationship with Summer. As a result of the article, Will loses his business and his dream of a political career ends, with all of his friends abandoning him.

April calls after a long absence and finds that Will has a new job, but is lonely and unhappy, feelings further exacerbated when she reveals she has a new boyfriend named Kevin. She throws a birthday party for him, reuniting him with his old colleagues. Will becomes drunk and confesses romantic feelings for April, but he starts a fight with her when he judgmentally implies that she is wasting her life working in a book store. Some time later, Will passes a used book store and finds the copy of Jane Eyre that April has been seeking with the note from her father. Will goes to April’s apartment to give her the book, but he decides against it when he meets Kevin, who is now living with her. Emily moves to New York City, and she and Will rekindle their relationship after a run-in at a party of Summer’s they both were attending. Maya correctly guesses that “Emily” is her mother. Maya espouses that it is tragic that the story has a sad ending, but Will explains that the story has a happy ending: Maya. 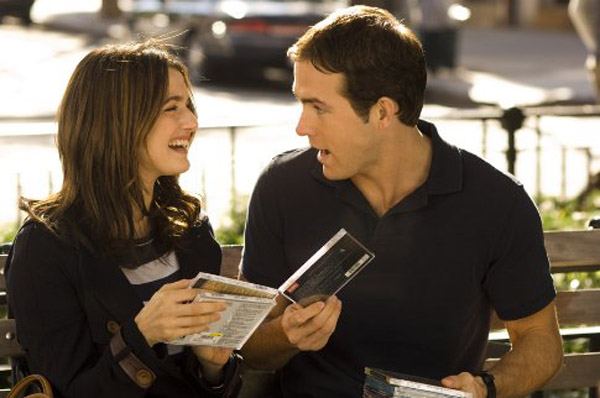 Will learns that April is single again, and he attempts to give her the copy of Jane Eyre. When she discovers that he has been holding onto the book for years, she becomes upset and asks him to leave. Maya is happy to have figured out the story, but she realizes that her father still loves April: he changed the name of her mother, Sarah, to Emily in the story, and the name of Natasha to Summer, but he did not change April’s name. Maya makes Will realize that he really isn’t happy without April. On the spur of the moment they take a taxi to go meet April. April does not let them into her apartment. As they walk away, April runs out and asks about the story. Will confesses to April that he held on to the copy of Jane Eyre because it was the only thing he had left of her. April hugs Will and takes them in to hear the story. As Maya passes through the doorway, April rushes into Will’s arms and kisses him.

It’s bittersweet in many places, seeing how easy it is for life to get in the way of relationships, or for the timing to be wrong. It’s not cloying, or saccharine, and gives a real impression of just how complicated love can be – but also how enriching and life-affirming