Dewey then is brought to the studio where he is interrupted while recording a rockabilly rendition of “That’s Amore”. The recording executive berates Dewey as talentless. Backed into a corner, Dewey makes the first recording of “Walk Hard”, the song inspired by a speech Dewey gave to Edith.
Within 35 minutes, the song becomes a hit, and Dewey begins to get caught up in the fame of rock and roll. When Dewey stumbles upon a room of groupies smoking with drummer Sam, Sam introduces Dewey to marijuana. Sam tells Dewey to leave because he “don’t want no part of this shit” (a running gag throughout the film) but Dewey eventually tries it and continues to do so every time he finds Sam with a new drug. His attitude and drug problems cause him to become unfaithful to Edith. Dewey’s father then returns to inform Dewey that Dewey’s mother has died. Pa manages to make Dewey feel responsible for her death, contributing to an already high level of inner turmoil. Dewey is then introduced to cocaine, which leads to a change in his music to a louder, “punk” type. With the addition of backup singer Darlene Madison, Dewey produces several more hit records. However, they become attracted to each other, and Dewey weds Darlene while still married to Edith, which leads to both women leaving him. He then snaps at his monkey companion, who is “only concerned with fruit and touching himself”. Dewey is eventually busted after purchasing drugs from an undercover cop, serves time in jail, and spends time in rehab before Darlene returns. They move to Berkeley, California in 1966 at the beginning of the ’60s counterculture movement. Dewey writes protest songs for midgets. His singing style is then compared by a reporter to that of Bob Dylan, which Dewey angrily denies. In the next scene, a music video shows that Dewey’s new song mimics Dylan’s style, including opaque lyrics (“The mouse with the overbite explained/how the rabbits were ensnared/ and the skinny scanty sylph/ trashed the apothecary diplomat/ beating the three-eyed monkey/ within inches of his toaster-oven life.”).

During a band visit to India, Dewey takes LSD with The Beatles, which causes Dewey to lose touch with reality yet again and have a Yellow Submarine-esque hallucination. Dewey becomes obsessed with every aspect of the recording process and is consumed with creating his masterpiece entitled Black Sheep (an homage to Brian Wilson’s Smile). The band does not appreciate his insane style of music and his continuous abuse of the others in the group. As a result, the band breaks up; Darlene is also unable to deal with Dewey’s insanity and drug problems and leaves him. Dewey goes through another stay in rehab, where he is visited by Nate’s ghost. Nate ridicules Dewey’s self-pity and tells him to start writing songs again. 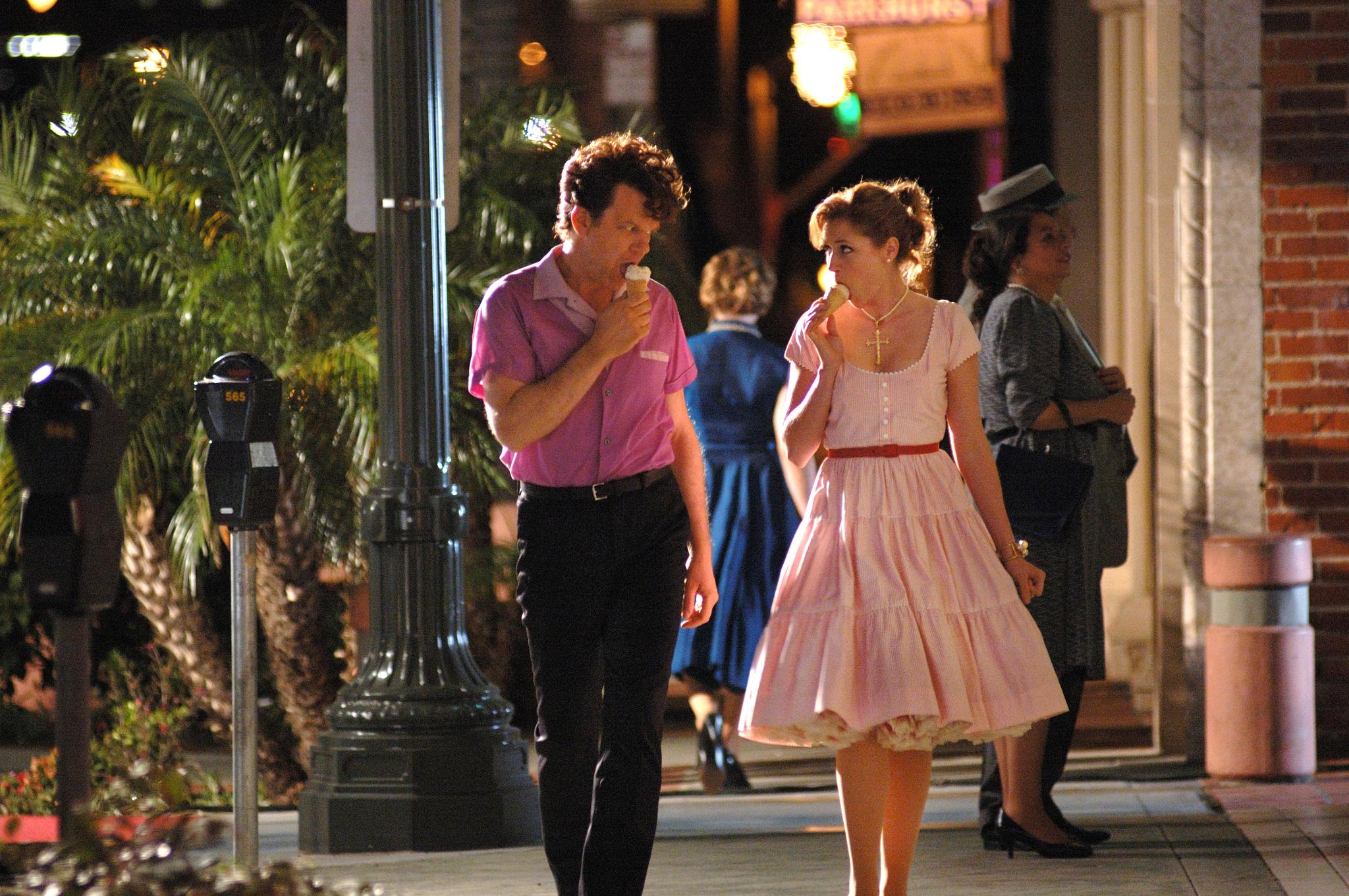 Dewey is next seen jogging into the 1970s, and hosting a CBS variety television show. But his song-block prevents him from writing a masterpiece for his brother. (In the director’s cut, Dewey remarries again, this time to Cheryl Tiegs). Nate appears again and tells Dewey that he needs to tell Pa that he loves him. Although Dewey’s father appreciates his courage, he challenges Dewey to a fight to the death with machetes. However, Pa accidentally cuts himself in half. Just before he dies, the senior Cox forgives Dewey, and tells him to be a better father than he was. His death causes Dewey to have an emotional breakdown and he destroys almost everything in his home. Dewey accepts that it is time to focus on spending time with his numerous children. Darlene returns to him in 1992. Dewey talks to Darlene about what he has done since they last met. After finally understanding what is most important to him, Dewey regains his sense of smell.

In 2007, Dewey becomes popular with younger listeners through rapper Lil’ Nutzzak’s sampling of “Walk Hard”. Dewey is upset about this at first, but pays it little mind when he is informed that he is to receive the lifetime achievement award. Dewey is reluctant to play a song at first, fearing the temptations he once succumbed to, but his wife, children and grandchildren put their full support behind him. Dewey reunites with his band, and he is finally able to fulfill his dream of creating one great masterpiece that sums up his entire life with his final song, “Beautiful Ride.” A title card notes that Dewey died three minutes after the performance. After the credits roll, a short black-and-white clip titled “The actual Dewey Cox, 2002” is played. The complete film is laugh out loud hysterical, especially for anyone that appreciates the many cliches of rock and roll history, and some steaming hot girls.