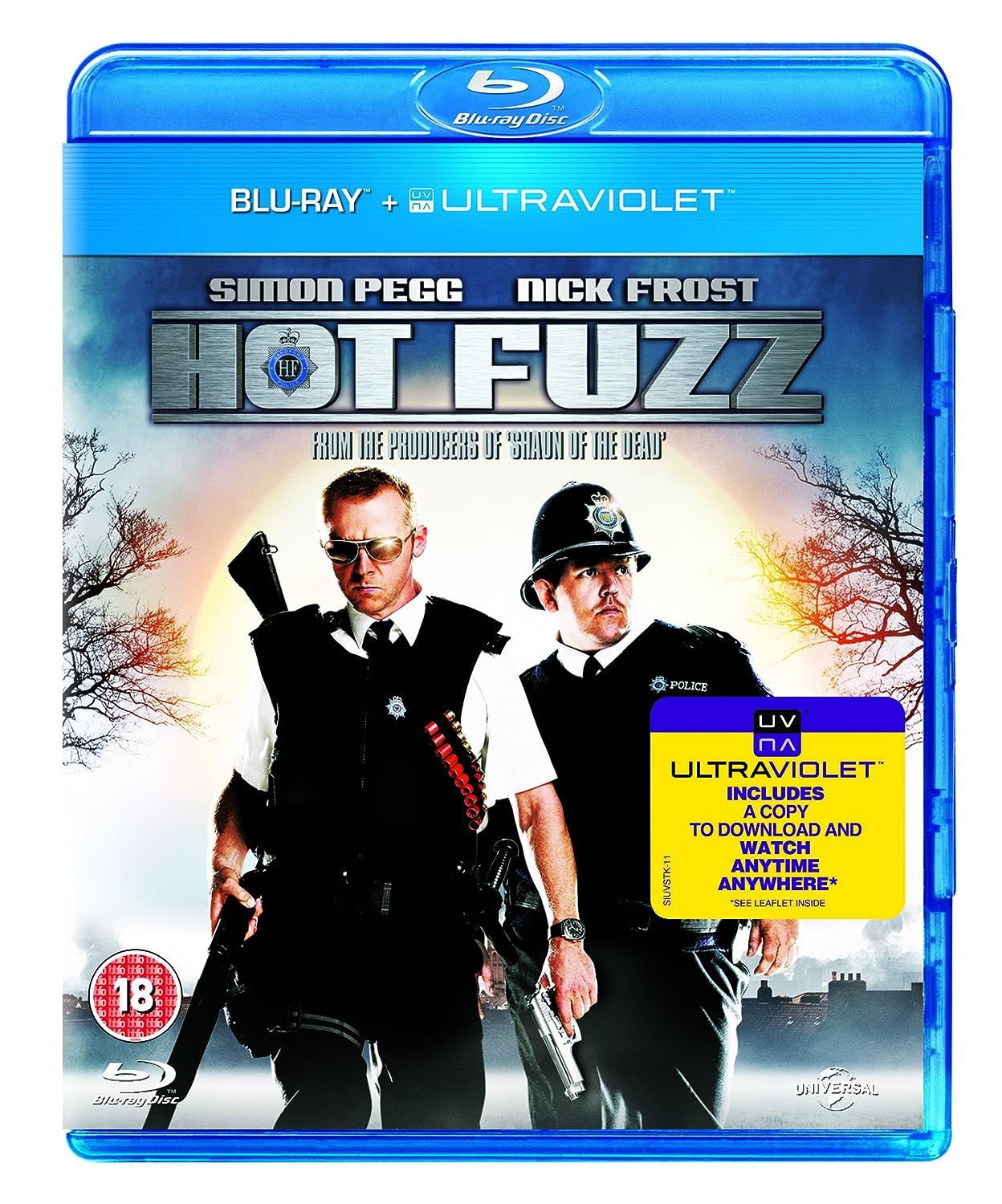 Police Constable Nicholas Angel, a high-achieving member of the Metropolitan Police Service, is promoted to Sergeant but it comes with being transferred to the village of Sandford, Gloucestershire, for being too good at his job while making his colleagues look bad by comparison due to his skills. Angel finds the town is generally devoid of any crime, with its local Neighbourhood Watch Alliance (NWA) helping to keep the peace as everyone prepares for the “Village of the Year” award contest. Angel finds minor instances of disorderly conduct, during which he confiscates a shed full of unlicensed fire arms including a naval mine, pursues an escaped swan, and arrests a drunk driver who turns out to be his new partner PC Danny Butterman, the son of town chief Inspector, Frank Butterman.

Just as Sgt. Angel begins to despair at Sandford’s apparent tranquility, the town is struck by a series of deaths. Angel begins to suspect a serial killer is afoot and that the murders are linked, although Danny seems more concerned with discussing his love of action and buddy cop films. Furthermore, the rest of the police force refuse to believe the deaths were deliberate and pass them off as mere accidents. Eventually, Angel’s investigations lead him to accuse the local supermarket manager, NWA member Simon Skinner, of the murders, but is rebuffed when Skinner’s alibi is backed up by video footage. Dejected, Angel considers the possibility of more than one killer being involved, but after this idea is shot down by Inspector Butterman, he returns home. As he opens his door, though, Angel is attacked by a cloaked figure, who turns out to be an employee at Skinner’s supermarket. Angel subdues the man, then impersonates him over a walkie-talkie to discover Skinner’s whereabouts.

Arriving at a meeting of the Sandford NWA, Angel confronts the group and tries to arrest them. They confess they are collectively carrying out the murders of any residents who could cause Sandford not to be crowned Village of the Year. Inspector Butterman then reveals himself to be the leader of the group, explaining that he is motivated by the memory of his late wife Irene, who committed suicide after her efforts to win that title were foiled by a group of “gypsies”. Upon hearing this, the Sergeant is forced to flee, but he becomes trapped in a crypt where he discovers the bodies of the NWA’s ill-fated victims. It seems that Angel is about to be caught, when Danny suddenly appears and stabs him, causing the Sergeant to lose consciousness. He awakens in Danny’s car, where the younger Butterman reveals he only faked Angel’s murder to cover his escape. Danny begs his partner to leave Sandford for his own safety.

Initially Angel plans to follow Danny’s wishes, but has a change of heart en route to London when he notices some of Danny’s favourite films for sale at a service station. He proceeds to return to Sandford, arms himself with the previously confiscated guns, and reunites with Danny. After a firefight with NWA townsfolk, the two policemen rally their fellow officers and besiege Skinner’s supermarket, eventually forcing Skinner to flee. Angel and Danny give chase, catching up to Skinner in the village’s miniature scale-model town and confronting both him and the elder Butterman, in turn. Sgt. Angel and Danny finally succeed in arresting them, after a fist fight and a swan-induced car crash.

Some time later, Angel declines a request to return to his job on the London force to remain in Sandford. As he and the other police officers process paperwork related to their recent activities, the last NWA member at liberty, Prof. Weaver, bursts into the station and attempts to kill Sgt. Angel. As the officers attempt to disarm him, he stumbles into the confiscated sea mine and triggers it. Angel and the others manage to survive the ensuing explosion which destroys the station. One year later, Angel and Danny are in charge of the Sandford Police as Inspector and Sergeant, respectively.

The film certainly keeps you entertained and interested. Its a sort of who-dunnit with a funny twist. If you love British humour, you will probably like this movie.