Sara Matthews (Kelly) is starting her freshman year of college. She meets Tracy (Michalka), Stephen (Gigandet) – her love interest, and Rebecca (Meester) – her college roommate, the girls begin to bond and Rebecca learns that Sara had an older sister, Emily, who died when Sara was 9, and an ex-boyfriend, Jason (Lanter), who keeps calling her in attempts to reconcile. As time goes on, Rebecca’s obsession with Sara grows, which causes her to drive away anyone who could come between them.Rebecca attacks Tracy in the shower, pinning her down and ripping out her belly-button ring, and threatens to kill her unless she stays away from Sara. Tracy moves to another dorm, fearful of Rebecca. An old friend of Sara’s named Irene (Harris), who is a lesbian, invites Sara to move in with her when Sara’s cat Cuddles is discovered. Rebecca then kills Cuddles by putting her in the dryer. She then lies to Sara that the cat ran away. Rebecca then inflicts injuries upon herself and says she was assaulted by a thug. Sara feels bad for her and decides to spend the Thanksgiving with Rebecca. When Sara’s philandering fashion design professor, Roberts (Zane), kisses her, Rebecca plans to get the professor out of the picture by seducing him while recording their dialogue on a tape recorder to make it sound like he was trying to rape her.During her stay, Sara overhears a conversation between Rebecca and her father (Arana), hinting Rebecca has had trouble making friends in the past. Rebecca’s mother (Fisher) mentions that Rebecca is supposed to be taking medication. She and Stephen later find a bottle of Zyprexa pills, used to treat schizophrenia and bipolar disorder. But the bottle is full, implying that Rebecca hasn’t been taking the pills. Sara, worried about what would happen, decides to move in with Irene. Irene goes to a club where she sees Rebecca. They make out in the club’s bathroom and Irene, not knowing that Rebecca is Sara’s roommate, takes Rebecca back to her place. The following morning, Sara goes to Irene’s apartment but she’s not there.Rebecca gets Sara’s sister’s name tattooed in the same place on her breast as Sara, saying that Sara can now think of Rebecca as her sister. A shocked Sara realizes that Rebecca is obsessed with her and packs all her things, except her sister’s necklace, which she can’t find (being later revealed that the necklace had been stolen from her by Rebecca). Jason arrives at Sara’s dorm and slips a note under her door, saying that he wants to see her. Rebecca reads the note, impersonates Sara with her sister’s necklace and tattoo, and dyes her hair to look like Sara. She then goes to Jason’s hotel room and stabs him to death.Later, Sara gets a text from Irene, saying she needs her right away. Sara informs Stephen she will be at Irene’s place. When she gets there, she finds Irene held hostage by Rebecca with a revolver. Rebecca reveals that she was responsible for what happened to Tracy, Cuddles, Professor Roberts, and Jason and that she did it all to win Sara’s friendship. Rebecca wants to kill Irene in order to finally have Sara all to herself. Stephen arrives just in time to help stop Rebecca from pulling the trigger on Irene. Sara reaches for the revolver to shoot Rebecca, however, the cartridge is empty. Enraged at this, Rebecca picks up Sara and tries to strangle her to death, but Sara stabs Rebecca in the back with a boxcutter, which kills her. 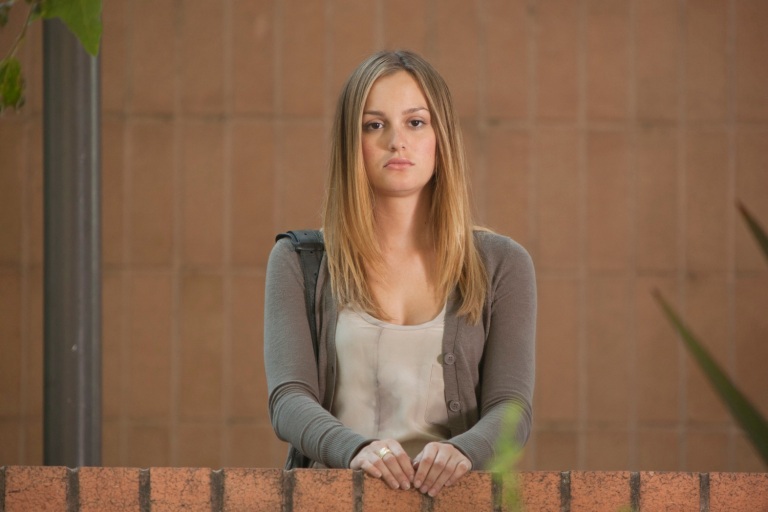 Sara moves back into her dorm and moves the extra bed out of her room with the help of her boyfriend Stephen, proclaiming that she does not want a roommate for a while.This is a fairly enjoyable, though predictable, thriller, very much in the style of Single White Female (Bridget Fonda. It’s an average thriller that will pass the time.