“Gone Baby Gone” is the first film I’ve seen in some time to confront the veracity of consequences, that unbearable burden of conscience, with fearless authenticity. There are no happy endings here, just life walking despondently down a dark path, making this picture glow with heavy dramatic nuance that’s impossible to flush out of your system. It’s the directorial debut of actor Ben Affleck, and it announces a mighty talent behind the camera to come. 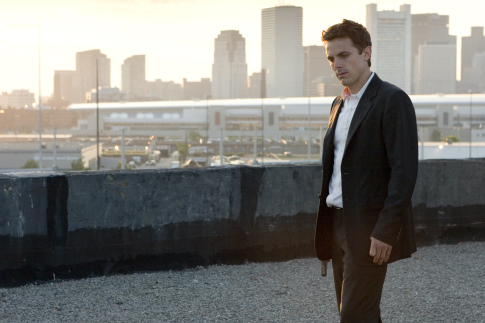 When a little girl is abducted from her Boston home, relatives (including Amy Madigan) hire private investigators Patrick Kenzie (Casey Affleck) and Angie Gennaro (Michelle Monaghan) to help augment the search. Hitting the local dives to rustle up clues to the girl’s whereabouts, Kenzie starts to share information with two cops (Ed Harris and John Ashton) who are working the case. With the coked-up mother (Amy Ryan, in an incredible performance) deceptive and the police captain (Morgan Freeman) seemingly unaware of the details, Kenzie finds his eyes opened by the depth of betrayal, lies, and death that accompany this otherwise straightforward missing child case. What makes “Gone” such a remarkable foray into neighborhood crime is the source material. Adapted by Affleck and Aaron Stockard from Dennis Lehane’s novel of the same name.

Right from the starter pistol, “Gone” drips with the kind of beer-splattered cultural meticulousness that  sucks the viewer into the setting. We are there with Kenzie as he makes his rounds in the seedy bars, grungy drug hovels, and unlit street corners to collect his information. Affleck treats the locations as hallowed ground, retaining the uneasy neighborhood pride that defends even the most derelict of shelters. “Gone” is a place where despair meets fatigued dignity, and Affleck emphasizes every last beat of Beantown bravado with his amazing attention to community detail. 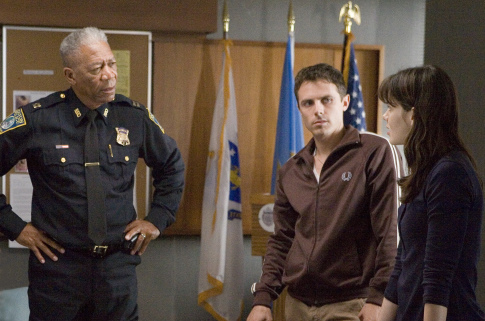 “Gone” is an idiosyncratic tale of crime, told from the perspective of Kenzie and his weary ways, but twisting through a myriad of subplots covering corruption, abuse, and pedophile horrors. Couple that with the screenplay’s machine-gun-like unloading of plot points and character names, and the effect can be dizzying; to counter the weight of the story, Affleck offers rich streams of bruiser dialogue, which rolls off the actors’ tongues with roller-coaster malice. This is sold exceptionally well by Casey Affleck, who defies his beanpole frame to become Lee Marvin Jr., keeping to a strident Boston code of ethics as he pushes himself up into the faces of his enemies and informants. “Gone” contains a rich tapestry of performances that deepen the psychological well of the moment, but Affleck is the anchor, and under his big brother’s watch, he gives a career-best turn as an innocent sent on a mission that will curse his life forever. 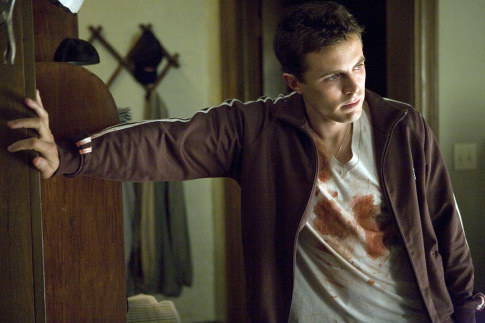 “Gone Baby Gone” pushes through an incredible amount of left turns in the final act, sorting out the subplots and positioning itself in a manner that explores the shrapnel left behind when steadfast morality is detonated. Throughout the film Affleck cushions the central nightmare with reoccurring images of religious icons and law enforcement camaraderie, leading to a conclusion that places the idea of right and wrong on trial, with Affleck putting Kenzie’s final judgment call into the hands of the audience.