Hulk vs. completely lives up to its title. There are no long, tedious origin stories. Neither half of this double feature is bogged down by any meandering, who-really-cares filler subplots, clunky romances, or triple-underlined moral messages. These two mini-movies chuck viewers straight into the action and never let up until the end credits roll. Marvel and Lionsgate haven’t watered it down to play to the lunchbox crowd either; these battles against Thor and Wolverine are intense and unflinchingly violent.As a nod to the comics that first introduced Wolverine to the world, he and the Hulk square off in — where else? — the desolate Canadian wilderness. The Hulk has been carving a path of destruction throughout the Great White North, and Department H drops Wolverine in to stop the beast dead in his tracks. The two are fairly evenly matched: Wolverine’s healing factor can take all of the abuse the Hulk can dish out — flinging him what looks like miles away, smashing his hairy little body into the ground over and over again with a three-ton rock — and although those adamantium claws sink deep into the jade giant’s hide, all it really seems to do is piss the Hulk off even more. Just as the tide starts to turn in this brutal, bloody brawl, the Hulk’s back is peppered with a stream of oversized tranquilizer darts. The Weapon X program sees the Hulk as the ultimate weapon in its arsenal, and as the sleeping giant is being prepped for a mindwipe, Wolverine escapes and slices through the small army of seasoned killers that stand in his way.Barely breaking the half hour mark minus credits, the core of the story is lean and uncluttered, and the whole thing is devastatingly brutal wall-to-wall action. Hulk vs. Wolverine draws deeply from imagery from the comics, from that iconic McFarlane cover of the Hulk reflected in Wolverine’s gleaming claws to entire pages of Barry Windsor-Smith’s Weapon X origin translated verbatim. The movie doesn’t take any undue liberties with its characters or their powers; I really do get the sense that this was written, directed, and animated by lifelong comic fans making the sort of movie they’d want to watch instead of just trying to cast a wide net and disinterestedly hit the studio’s numbers. A movie about Wolverine recaptured by Weapon X can’t be saddled with a PG rating, and this is so hyperviolent and sopping with blood that I’m really not sure how it managed to just score a PG-13. I’m not exaggerating when I say it’s more brutal and unflinchingly graphic than a lot of slasher flicks I’ve seen. I love the skewed, stylized character designs, and from Wolverine’s half-growled dialogue to the Hulk’s thunderous roar, the voice acting is absolutely perfect. I don’t want to spoil the reveal of who all is part of Weapon X’s superpowered black ops team — the surprise is a huge part of the fun — but I have to give

The title Hulk vs. Thor doesn’t really convey the scale of the second half of this double feature. The Hulk isn’t just pitted against the Norse god of thunder; he singlehandedly takes on the entirety of Asgard: the Warriors 3, legions of valkyries, frost giants, Odin’s ravens, Hel itself, and virtually every last iconic character from the pages of the comics. The movie is set in the waning hours of the Odinsleep: the annual slumber of Asgard’s greatest protector that leaves the realm most exposed to assault from its enemies. Every plot, scheme, and army to have ever been unleashed during the Odinsleep has been handily defeated over the years, but the warriors of Asgard have never been pitted against a force as unstoppable — the embodiment of rage — as the Hulk. An embittered Enchantress uses her dark sorcery to bring the Hulk under Loki’s thrall, and the god of mischief pulls the beast’s strings to effortlessly pummel his brother Thor to within inches of death: no small feat for an immortal god. The Hulk’s thundering rage proves too difficult for Loki to control for long, though, and with his ferocity fully unleashed as never before, he’s not going to stop until the entirety of Asgard lays in ruin. 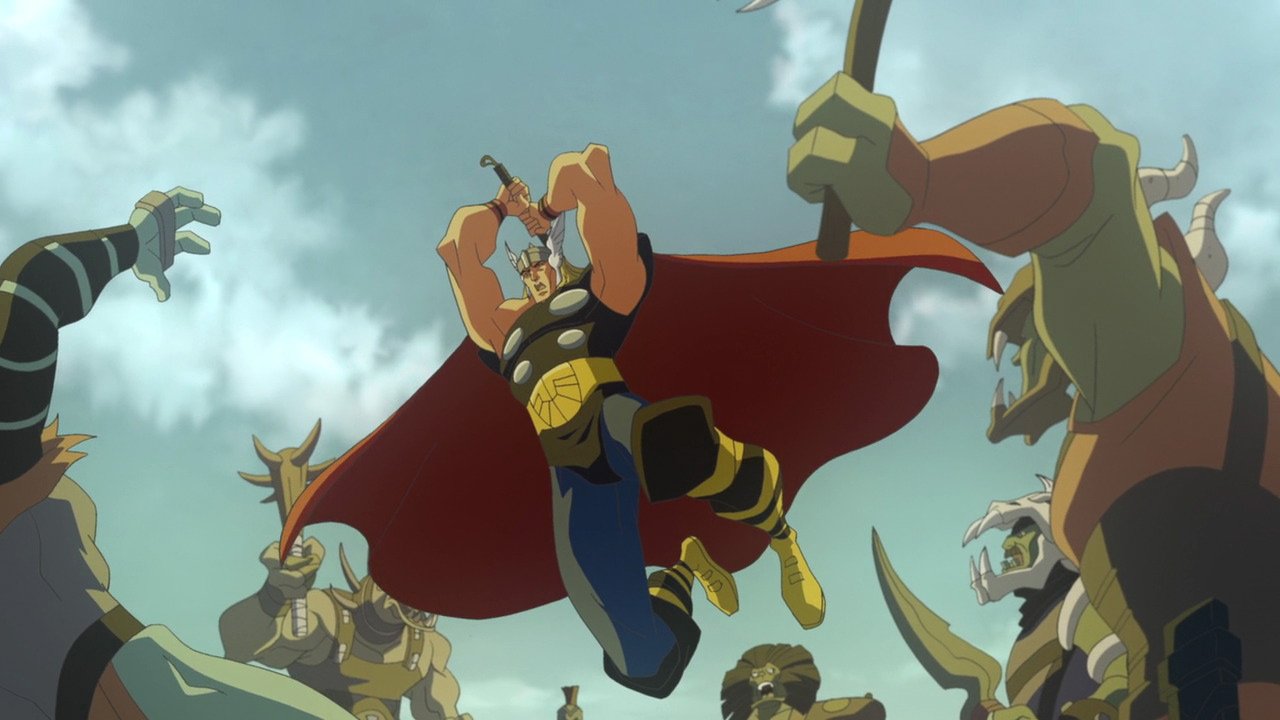 It’s as if the writers behind Hulk vs. Thor couldn’t figure out what Asgardian lore to mine from the hundreds of issues of the comic, so they opted to throw in everything. Virtually every recognizable character and iconic image from the greatest of the Nine Worlds is featured here at some point. Its story is more involved than Hulk vs. Wolverine and is given a few extra minutes to breathe, but the action never lets up here either. Dark magicks rend Bruce Banner from the Hulk, removing the lone spark of humanity keeping the beast’s colossal rage in check, and his path of destruction is unreal, even threatening to topple Hel itself. The imagery isn’t nearly as graphic as Hulk vs. Wolverine, but there’s still an enormous amount of carnage, and the sight of Thor’s arm being shattered or the god of thunder laying limp and lifeless after being punched clean through a mountain is still remarkably intense. I have to admit to not being quite as dazzled by Hulk vs. Thor as I was with the first half of this double feature; dialogue like “You are no troll, monster!” doesn’t sound quite as effortless, the voice acting is perfectly fine but more straightforwardly proper and British, and the celebratory ending seems a little forced. Still, its ability to draw so deeply from some four hundred issues of Thor ought to astonish even casual fans of the comic, the scope of the movie is truly epic, and the torment and anguish inflicted on Bruce Banner pack about as much of a wallop as a roundhouse from the Hulk.Hulk vs. is the first of Marvel’s direct-to-DVD animation to really feel as if it’s targeted squarely at  fanboys. There’s no filler or tedious origin stories here: both halves of this double feature dive headfirst into the action.