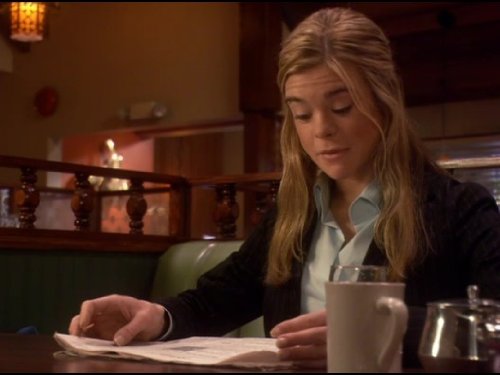 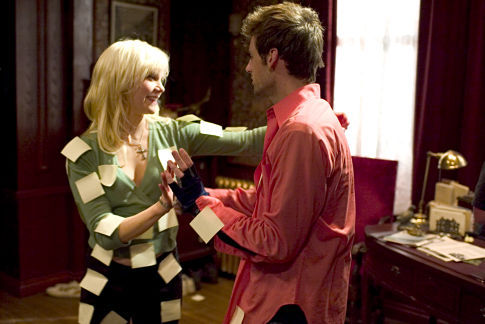 Again, we see both this life, and the afterlife though central character George. This season we also explore the other characters in more detail; especially Rube’s mortal life, and surprisingly vulnerable Mason, with the effects on him caused by his job.

My favourite character Daisy also gives hints on her living life, especially towards the end of the series. I enjoyed having the ‘Bimbo Blonde’ surface scratched away from this character, revealing someone we could all know.

On the living side: George works for a temp agency, Happy Time, ‘living’ under the guise of ‘Millie’. Some of the best comedic moments of the series take place in Happy Time. ‘Millie’s manager Delores is just too funny, and all viewers will see a little bit of their own managers in the character. George has now adjusted to the fact that her old life is over, and decides to make the most of this one. This will include boyfriends, and mingling with her co workers at Happy Time. Also, we once again follow George’s surviving family. Her parent’s are divorcing, and her younger sister Reggie is entering that frightful period known as puberty. George’s grandmother also appears this series.

While the final episode ‘Haunted’ is satisfying, and ties up the series nicely, there are still a few loose ends that are left hanging.